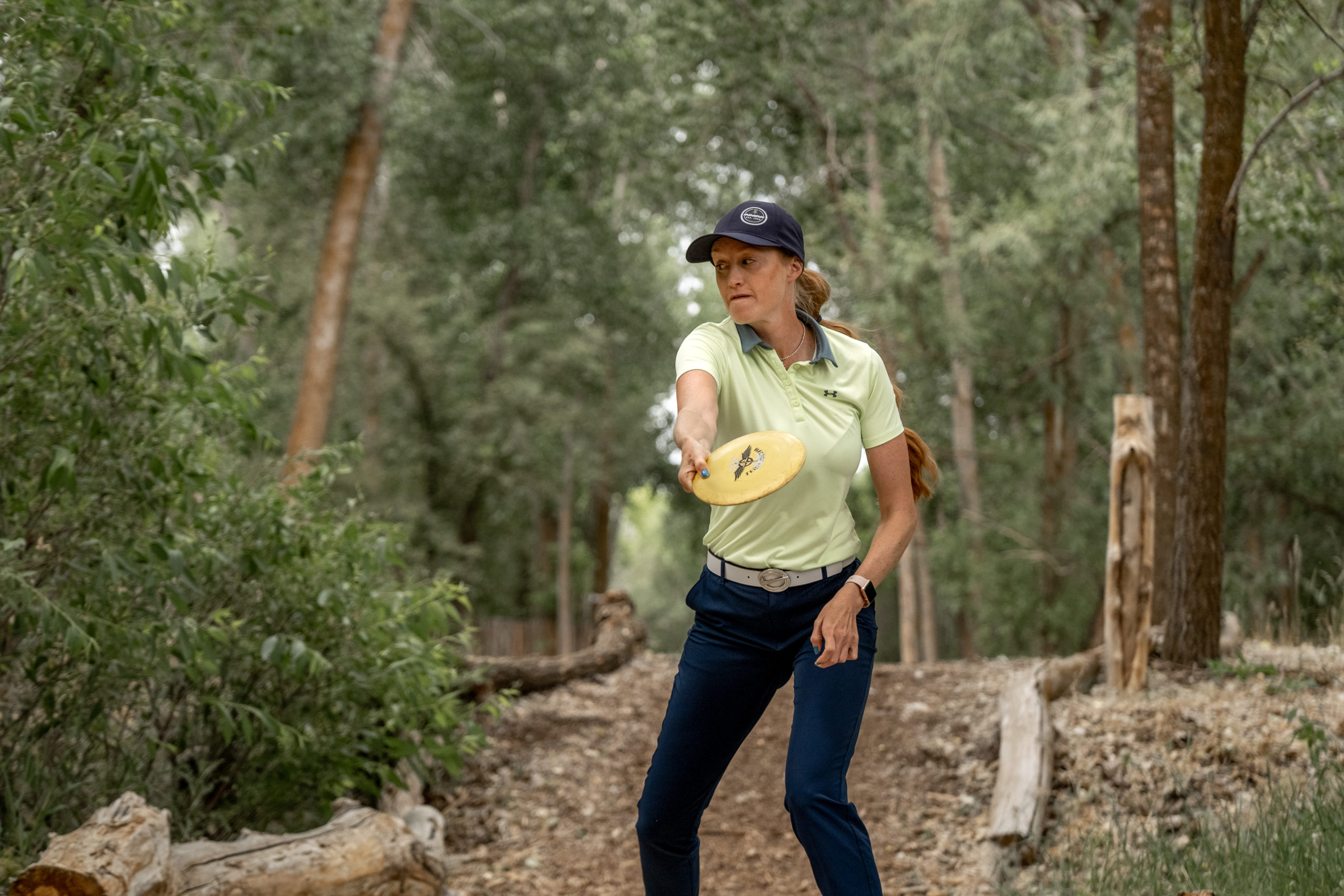 Day one is in the books at the Clash at the Canyons V presented by Discmania.  The winding creek named “Fraction Run” was raging and hungry for discs as shots attempt to avoid being swept downstream.  Luckily, there was no shortage of volunteers as stacks and stacks of found discs, keep showing up at tournament central.

A quick story, as I sat in the pro shop during practice rounds, the calm before the storm was anything but.  The players were out there, focused as ever to get shots dialed in and experience all that Dellwood Disc Golf has to offer.  Kristin Tattar and Silver Lätt walk into the shop and ask about a very special, one of one prototype “clear” disc lost in the water.  I’m thinking to myself, it’s going to be tough finding a clear disc in there!  Thanks to the army of volunteers,  the disc came back.  That was the story throughout the day, the community stepped up and welcomed DGPT with open arms.  Compliments from competitors and spectators alike.

In the MPO Division, Matt Bell and Brodie Smith charged into the clubhouse early with shooting hot rounds of -13 and -11, respectively.

Matt Bell is looking for his first DGPT win this season, and his bogey free round with a C1X Putting of 92%, will certainly help that.  Bell started the round with 6 straight birdies.  The race is tight at the top with only 3 strokes separating the lead card and only 2 bogeys between all four of them.  Terry Rothlisberger is coming off a win at Northwood Open in Peoria, IL last weekend; here at Clash at the Canyons he is 100% C1X.  Brodie Smith is focused to get his best finish at a DGPT event this year and he started off with 5 straight birdies.  Illinois local, Dan Schlitter was impressing the sold out crowd with his bogey-free round with 50% C2 putting.

Ezra Aderhold, Chandler Fry, and Raven Newsom will be vying to catch up from the chase card, all three tied and only 1 stroke back from lead card with a -9.

In the FPO Division, we have another close race promising for an exciting day 2.  Holly Finley was first to the clubhouse with a -2 and a 100% C1X putting.  Kristin Tattar coming off the feature FPO card, also finished with a -2, but her 44% C1X putting might come into play if she is searching for stroke seperation.  Juliana Korver is only one stroke back sitting in third place, with a -1  and a 100% scramble rate. 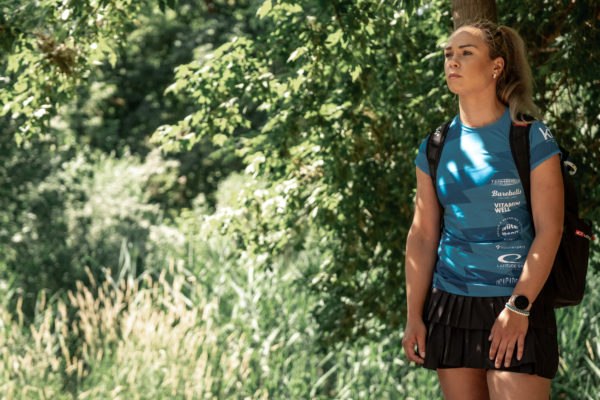 Kristin Tattar shot -2, tied for first. Can she pull away in the second round?

With Fraction Run’s water raging and OB aplenty at The Canyons, each hole has the possibility of having a big swing in the standings.  But don’t count out the chance for ace runs, there are a few holes that have the ability to produce some drama for the sold out crowd on Saturday.

Check out next-day coverage from GK Pro and Ace Run Pro.  You can watch the final round live on Disc Golf Network on Sunday, July 4th, beginning at 2:30 p.m. CT.

Clash at the Canyons 🔥

Not sure who to thank, the local volunteers or the @DiscGolfProTour but awesome job 👍 pic.twitter.com/3IpIPYtGhu