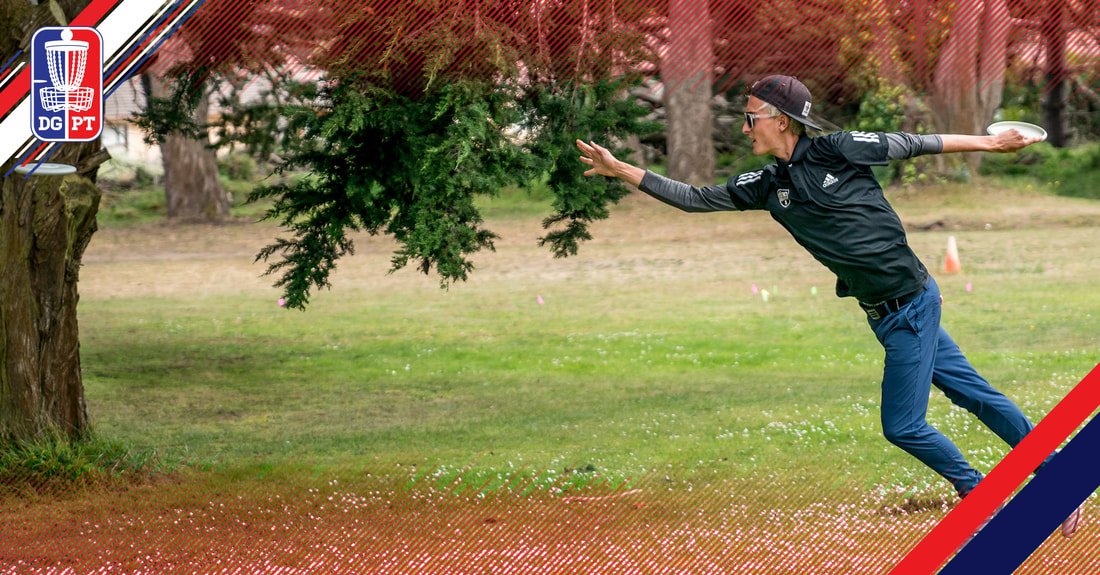 ​The 2018 season for Eagle McMahon can really be divided into two parts, the National Tour and the Pro Tour. If you only looked at his Pro Tour results, you’d see a tale of almosts. He finished second three times on the Pro Tour (Memorial, SFO, and Utah) and stayed in the top 10 at Jonesboro and MVP. That’s good enough the seal 5th place in points and a Bye to the Semifinals. Take a look at his National Tour performance and it’s a tale of almost perfect domination – 3 wins, a 3rd place finish, and his worst performance, tying for 5th at Master’s Cup.
​Taking a closer look at each second place finish on the Pro Tour you’ll see that he took second to nothing short of the best. At the Memorial, he finishes 3 behind Simon Lizotte after his bogey on 18. At the San Francisco Open, he finishes 2 off of Paul McBeth after gaining 4 throws in the last 3 holes on, McBeast. In Utah, he finished 4 off of Ricky Wysocki, even after throwing the hottest rated round of his career in the final round. Speaking of which, just check out how he lights a fire on the front nine of that round:
Winning a top-tier event takes uncompromising focus and Eagle certainly has it. That round starts with an absolute crush, a dramatically narrow OB penalty, and a high floor death putt to save par. That was engine cord rip that McMahon needed though has he went on to birdie 7 of the next 8 holes. It isn’t always obvious how much Eagle is a thrower more than a putter when you watch his game. 45’ putts go in effortlessly without so much as a hint of a step.

Eagle McMahon’s 2018 Pro Tour Season Stats
​But look at his stats and you’ll see that he’s first in Fairways (80%) and First in Circle 2 In Regulation (76%). That means of the 294 shots he threw that needed to make the fairway he hit 234 of them. Of the 288 he had the chance to make Circle 2 on, he was there for par or better 219 times. He’s an absolute gangly-monster birdie machine, marking down 147 birdies (51%) or betters on the Pro Tour.

2018 DGPT Season Stats by Points Ranking
His stats are beyond impressive, and it’s hard to even find exactly where he’s falling short of the leaders. Then you remember that he’s in fifth with five rounds whereas Paul, Ricky, and James all have seven scored events and Nate has six. Of the four players ahead of him in this series he’s beaten all of them at each and every one of his National Tour victories. But those rounds aren’t even his top five rated rounds. In fact, none of his 2018 NT rounds are in the top five but there are two rounds from the 2018 Pro Tour. Play this out a little further and the numbers show that Eagle’s right there with Paul and Ricky. But if Ricky and Paul think they can go easy on the absurdly talented lanky bird just because it’s a DGPT event, they have only to think back to  each of Eagle’s NT wins, and don’t forget that Major he picked up at Konopiště this summer either, to remember that McMahon can strike at any moment.

The short of it is that Eagle should be somewhere on your fantasy picks because if he doesn’t win he’s going to be right in the mix. He has given us quite a show this year, collecting a number of new badges. Still missing – a DGPT event victory, what better place than finals to keep wracking up the achievements. Don’t miss any of his rounds, or for that matter, any of the entire event as we will be broadcasting live starting October 18th from New World DGC in Jacksonville, FL for the 2018 Disc Golf Pro Tour Championship presented by Prodigy Discs.