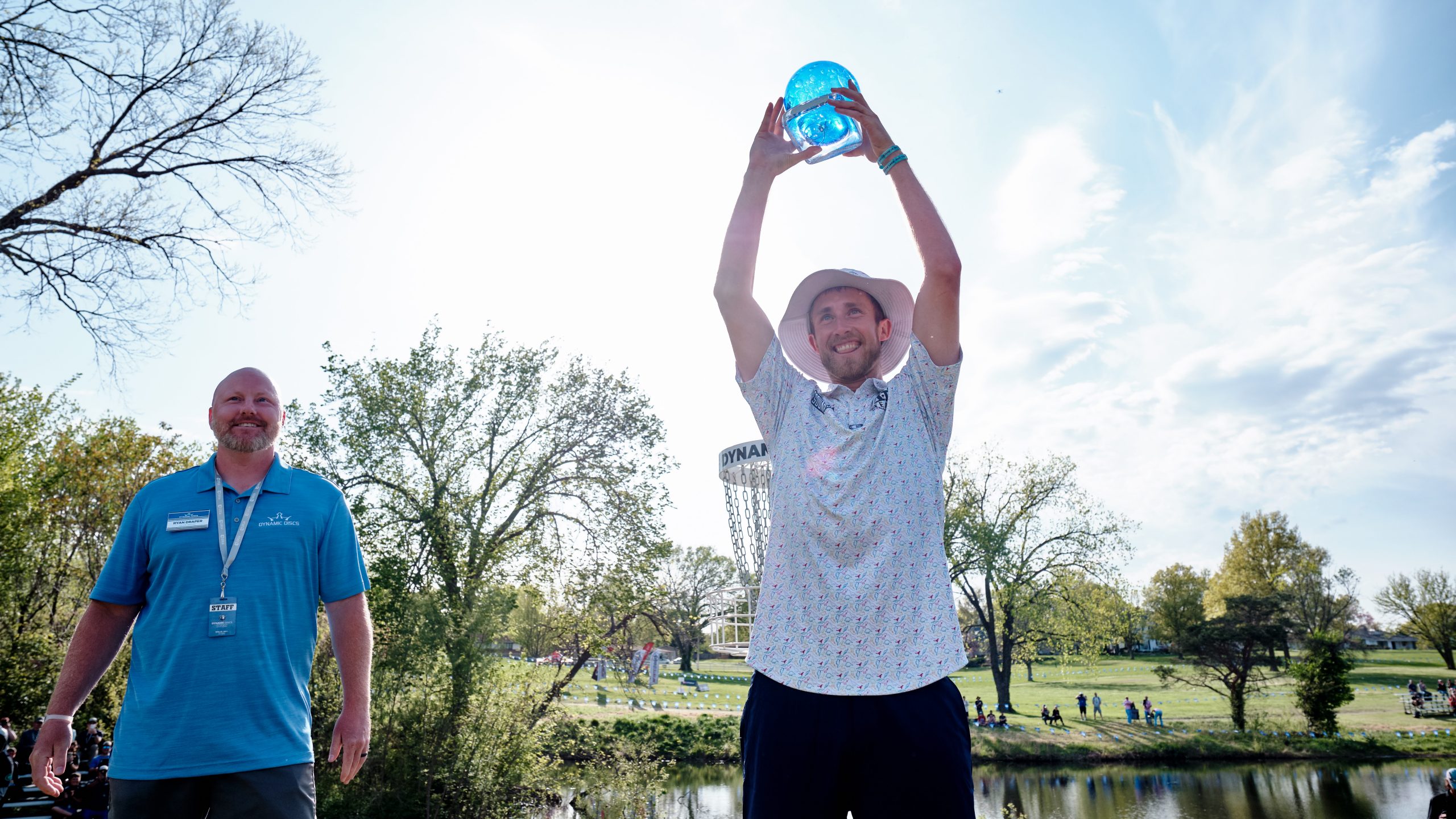 No matter what, he wasn’t letting this one slip away.

It was the mentality that Ricky Wysocki brought into the week of the 2022 Disc Golf Pro Tour – Dynamic Discs Open and, after emerging through the conditions, he took a victory lap around the Emporia Country Club on Sunday.

The victory, which ended at a six-stroke margin, is the second Elite Series win of 2022 season and the first in Emporia, Kansas.

“I’m done just playing well here, I was ready to get the win,” Wysocki said. “I wasn’t letting that slip away, no matter what. That was my mindset.

“Champions Cup, I let it slip away. I’m done just being in contention. If I put myself in that situation, I’m going to win.”

Wysocki, as DGN commentator Nate Doss eloquently put, did what champions do on Sunday: they win in this situation.

This was the second DGPT win of 2022 for Wysocki. Photo: Kevin Huver / DGPT

He endured the first three rounds of the tournament, which featured brutal conditions as the Kansas winds howled throughout. On Sunday, with calm conditions at the Emporia Country Club, he hammered the pedal and never let up with a 5-under round, one stroke off the hot pace.

That hot number belonged to Simon Lizotte, who grabbed an Elite Series podium finish for the first time since 2020. Lizotte and Kyle Klein turned in 6-under rounds on Sunday.

Lizotte went big on 18 with a trademark bomb over the trees and right underneath the basket for a tap-in birdie and second place.

“Nowadays, getting a top three or even a top 10 feels like such a tall task,” an elated Lizotte said. “It’s been a while, so it feels good.”

This tournament was one for the books as the leaderboard throughout the week, which featured the challenging debut of the Supreme 18 at Jones Park, shifted early and often. New faces emerged and those who minimized the mistakes that were inevitable in the daunting conditions rose to the top.

Brodie Smith’s week ended with the highest-rated round of his career on Saturday and a third-place finish on Sunday, the first podium finish for Smith just 851 days after he first threw a golf disc. It was also the highest finish on the PDGA Elite Series for Väinö Mäkelä, Logan Harpool, Jake Hebenheimer and Aaron Goggage, who all tied for third.

But this week, one year after he tragically lost his sister, belonged to Wysocki and there was no denying him through wind or calm.

“I definitely felt like she was watching over me,” Wysocki said. “I’m glad to get this win for her.”