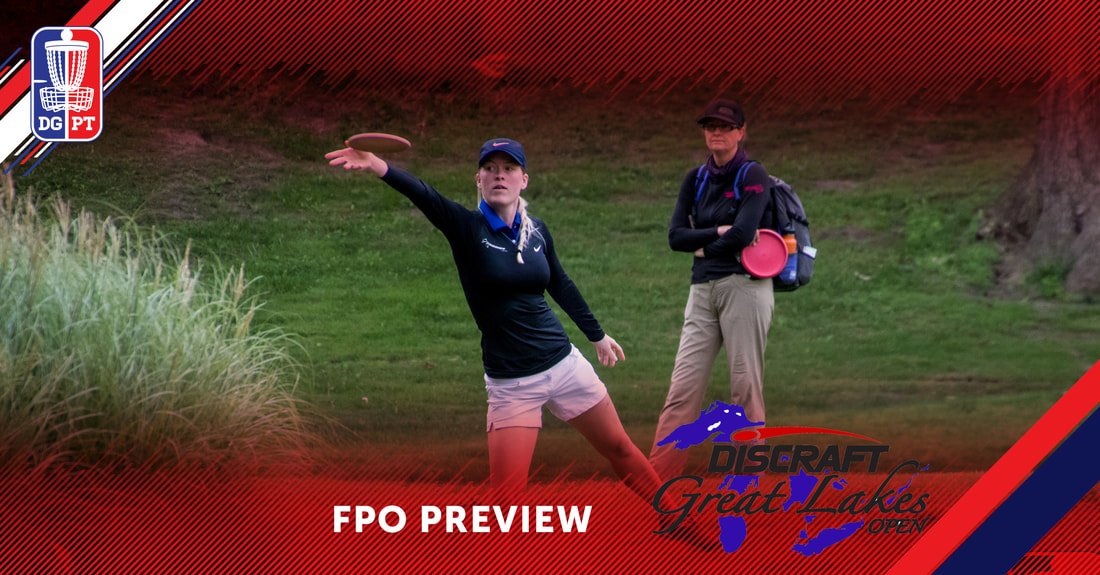 Women’s Time to Shine at DGLO

Depth of Field
​
Ellen Widboom won her first A-Tier at the St. Louis Open, earning over $500 for the first time in her career. Sarah Hokom has won three of her last four events. Ragna Bygde Lewis has won four of her five events this season. Except for a poor showing at the Beaver State Fling, Jessica Weese has gone 4th, 3rd, 2nd in her last events. Madison Walker pushed Sarah Hokom at the Majestic, losing by one stroke, but showing that she has made a full recovery from her wrist injury of last year.
While one of the stories of the women’s side is the fact that Catrina Allen, Paige Pierce and Lisa Fajkus are not in attendance, there is a solid (and full) women’s field.
Sarah Hokom will be looking for her 2nd Pro Tour victory in a row, but she will need to be in control and be patient on the treacherous Toboggan course. While the fairways are both fair and ways to the pin, you do not want to challenge the rough. The rough is thicker than Idlewild and almost always requires a pitch out to recover. Ragna Bygde Lewis could be the most knowledgeable player of the course, and it is likely that her 941 rating (2nd in the field) is a bit low due to the relatively weaker fields in which she is typically competing. Look for Ragna to be on the lead card in the final round and challenging for the victory.
Jessica Weese and Madison Walker will be right in the mix as well. With their controlled forehand drives they will put themselves in position to score (or at least survive) the Toboggan. If their putting is on, both of them will be looking for the Pro Tour victory here at Discraft’s Great Lakes Open.
Moving on up
DGLO has a rich cast of characters just outside the traditional top four. Paige Bjerkaas, Rebecca Cox, and Ellen Widboom are names that we have seen on tour. At times, we have seen them shine. Holly Finley and Sandi Hendel join them in this group of players that have the skills to make a push. We will be watching to see which of them will be on the lead card on day two and if they can make a drive to stay there and possible move on up.
Also Rans?
From Jennifer Sawyer to Tiger Borth, both from Michigan, there is a cornucopia of regional talent as well as well attuned disc golfers. Many of these local players (Tiger got 2nd at the St. Louis Open last weekend) will be looking to make a strong and steady statement, possibly earning themselves a spot on the lead card and getting a little camera time. I don’t know who wrote the header to this section, but I would expect at least one of these women to put their card in the hunt.
On Friday, we will find out.
Make plans to watch the FPO shot-by-shot coverage each day this weekend (July 6-8) starting at 2 PM ET.