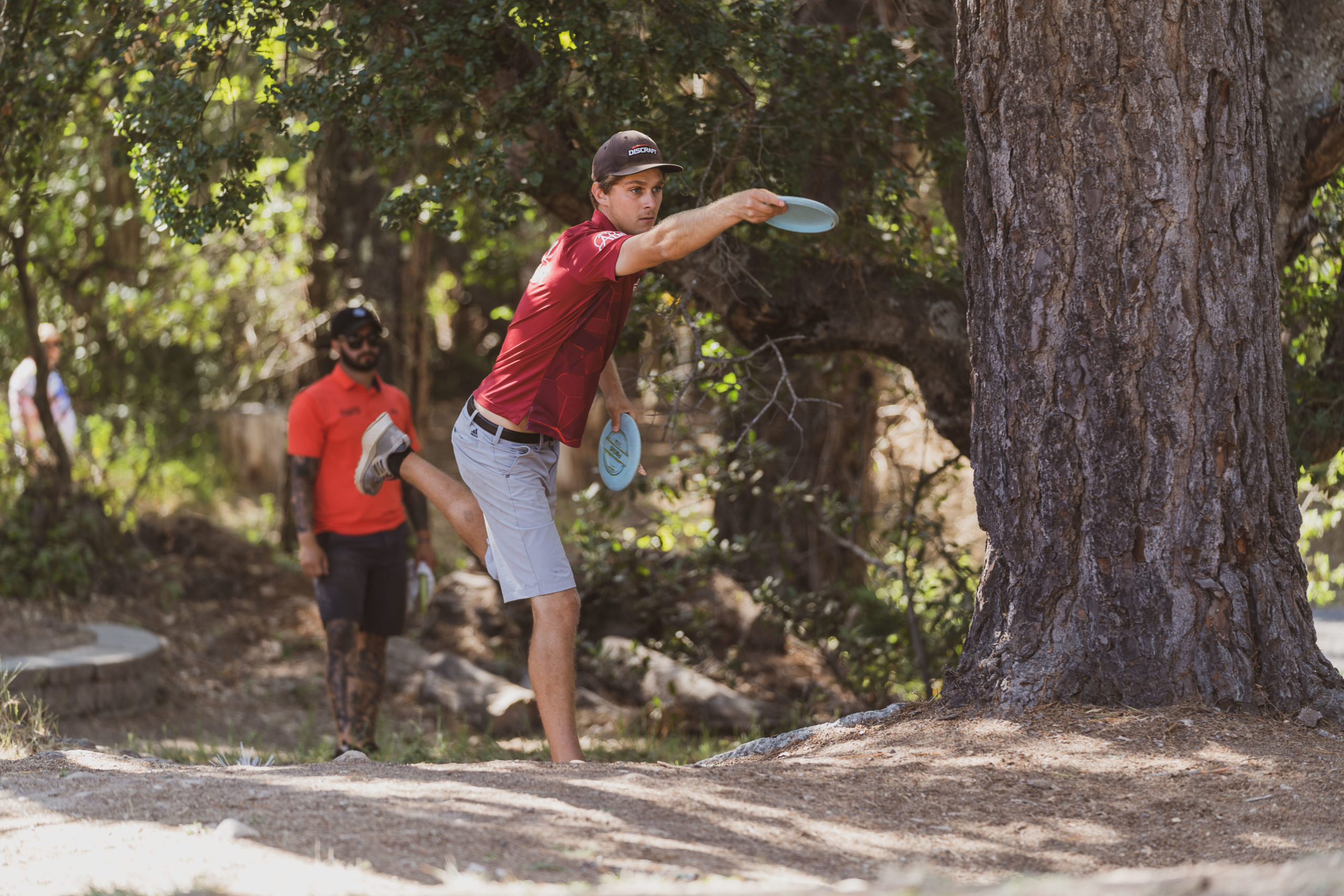 West Coast Leg Kicks Off At DeLa: How to Watch the DGPT – Santa Cruz Masters Cup

Adam Hammes lines up his winning putt at the 2021 Masters Cup. Photo: DGPT

After a week off for some, the pros are headed into the West Coast leg of the tour. Kicking off with a bang, the Santa Cruz Master’s Cup Presented by Innova Discs presents its own set of unique challenges.

This year, players will take on two 18-hole rounds at the historic DeLaveaga Disc Golf Course before heading next door to the DeLaveaga Golf Course for the final round on Sunday. DeLa is well-known for its tight lines, death putts, and incredibly punishing rollaways, making it an exhilarating course for players and spectators alike.

Sunday’s round at the golf course will allow for more distance skills to shine, but will still require precision from players as they navigate OB lines and steep drop-offs.

Last year’s Masters Cup put Adam Hammes on the radar for many after his dialed C2 putting earned him a bogey-free 14-under par round on the 24-hole course. After a tight race with Kevin Jones, Hammes came away with his first career Elite Series win.

On the FPO side of things, Paige Pierce took down her fifth Masters Cup win after fending off Kona Panis in the final round. With Pierce and Catrina Allen passing the Masters Cup trophy back and forth over the last 8 years, the FPO field is sure to bring the challenge this time around. Pierce will be taking the week off, which opens up the field even more for someone else to snag the win.

Note: The course and surrounding area have well-known signal issues that have prevented previous iterations of the tournament from being broadcast live. This year, after significant upgrades to the Disc Golf Network’s streaming infrastructure, and improvements in cellular network coverage, a live broadcast is within reach. “We’re cautiously optimistic about the signal strength at the golf course this year,” said Mahmoud Bahrani, DGPT Media Director. “Our new LiveU packs have made it possible for us to feel comfortable moving forward with a final day broadcast. However, we do still anticipate some fluctuations in the stream quality. We’re doing all we can to ensure that we’re getting the strongest signal out of our cameras and back to our studio, but there will be a few rough spots.”

Here’s how to catch the action this weekend:

Note: As a Silver Series event, only the final round on Sunday will be streamed live on DGN.

As a Silver Series event, there will be NO live coverage on Friday and Saturday. Live coverage for the final round on Sunday will be streamed on DGN. Post production of all rounds will be released the next day on DGPT’s YouTube channel as soon as they are available.