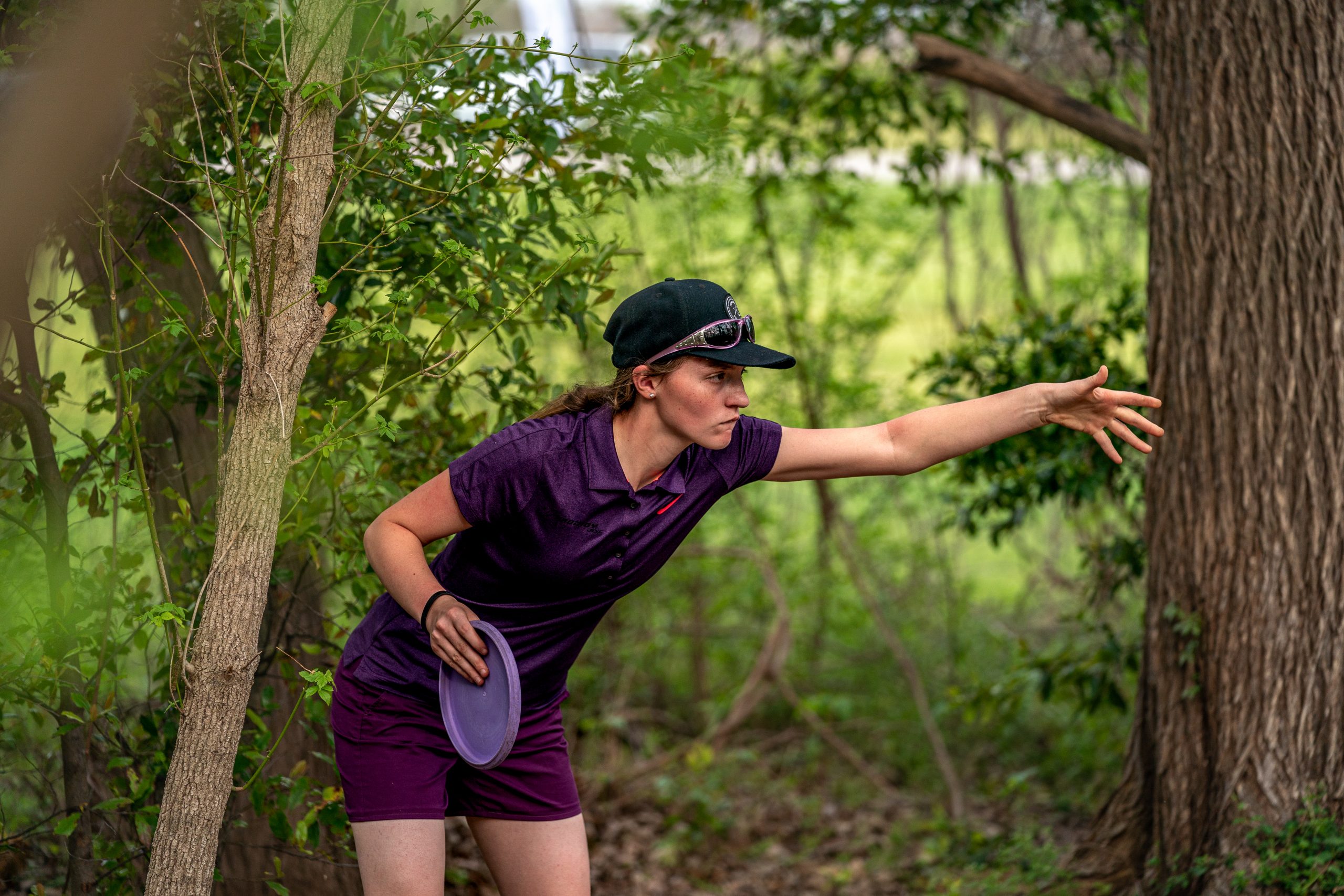 Disc golfers are known for innovation, and a global pandemic is no exception. The inaugural Virtual Putting Invitational came to close on Sunday, with Reid Frescura and Heather Young taking down the titles in MPO and FPO, respectively.  As the Pro Tour inches closer to stroke play competition, the Virtual Putting Invitational presented by Infinite Discs was a welcome change of pace for players missing competition.

“I’m super thankful to the DGPT for giving the pros and fans something to do,” Chandler Fry told Ultiworld Disc Golf.  Fry made it all the way to the Championship match, falling to Frescura in a nail-biter. “I love the competition, and the lack of it the past two months has been rough. It feels good to get the first-tee nerves again.”

Frescura, a 2-seed, entered the Championship match as the favorite. However, Fry’s march to the finals featured an impressive swath of wins, taking down USDGC Champ Jeremy Koling, 2xWorld Champion Ricky Wysocki, 2xDGPT Tour Champion Chris Dickerson, and 2xWorld Putting Champion Matt Bell. Three of those four wins were comebacks, with Fry coming up clutch at the 50-foot stations against Koling, Wysocki, and Dickerson.

Both players got off to slow starts in Round 1, making only 7 of 10 putts from 25 and 30 feet.  Frescura struggled again in Round 2, making only 3 of the two points attempts from 35 and 40 feet. Fry made 6 of his putts, giving him a 19-13 advantage heading into the final round.

Frescura went first in round 3, canning 3 of 5 putts from 45 feet.  But he struggled at the 50-foot station, making only a single putt, meaning that Fry needed only to make 2 putts from 45 and 50 feet to tie, and 3 to win outright.

“I thought I was roasted, toasted to be honest,” said Frescura. Heading into the final frame, Fry was also confident that he had the match all but locked up:

“I had the most confidence in the world at that moment.  I was flying high.  Then those nerves came in, and I don’t know the physics behind it, but I’m guessing that the more nervous you are, the more likely you are to get spit outs.”

Fry, who had been putting on the same basket all tournament, air-balled his first two putts at 45 feet right of the basket.  Then, on his third putt, Fry’s CT Challenger OS hit pro side before spilling out. His final putt at 45 feet bounced off the pole and out.

The 50-foot station had similar heartbreak in store for Fry.  His first putt hit plenty of chains but spilled out left. The second putt also hit chains but faded early. Of all the spit outs, however, the third putt at 50 feet was the most devastating. Fry’s putt hyzered right into the pole and bounced out pro side.  He missed the next two, and Frescura was able to hold on to a 25-22 win.

“At first it was pure anger.  When we talked after the match, I definitely let out some frustration,” said Fry. “But 4 out of 5 against some of the best putters in the world, I can’t be angry at that.  It was a good opportunity to get my face out there and show people I can play.”

The breakout star and champion of the FPO side of the bracket was the youngster from Kingston, Tennessee, Heather Young.

Young took down Christina Linthicum by a score of 32-19 in the Championship, a dominant performance to cap off a stellar two weeks of competition. Young’s only previous national scale tournament experience was at last year’s Idlewild Open.The $750 prize for 1st is the largest of her career.

“That was exciting, but that match was scary,” said Young.

Young struggled in the Elite 8 vs Vanessa Van Dyken but was still able to take down the close win with a 20-16 score. Young put her stamp on the event in the Final 4 against Hailey King, making 19 of her first 20 putts en route to a tournament-high score of 38.

“I was just feeling totally comfortable and my putt felt good, so I was just letting my body take over.”

Young then took care of business in the final against fellow lefty Christina Linthicum, winning handily to become the Virtual Putting Invitational champion.

“This is my first big national win, and it’s the first tournament like this that I’ve won, so that’s super exciting too.”

For Young, the win is a harbinger of a long career to come. Just 17-years-old, Young’s competitors warned that she would be a force to be reckoned with in future seasons.