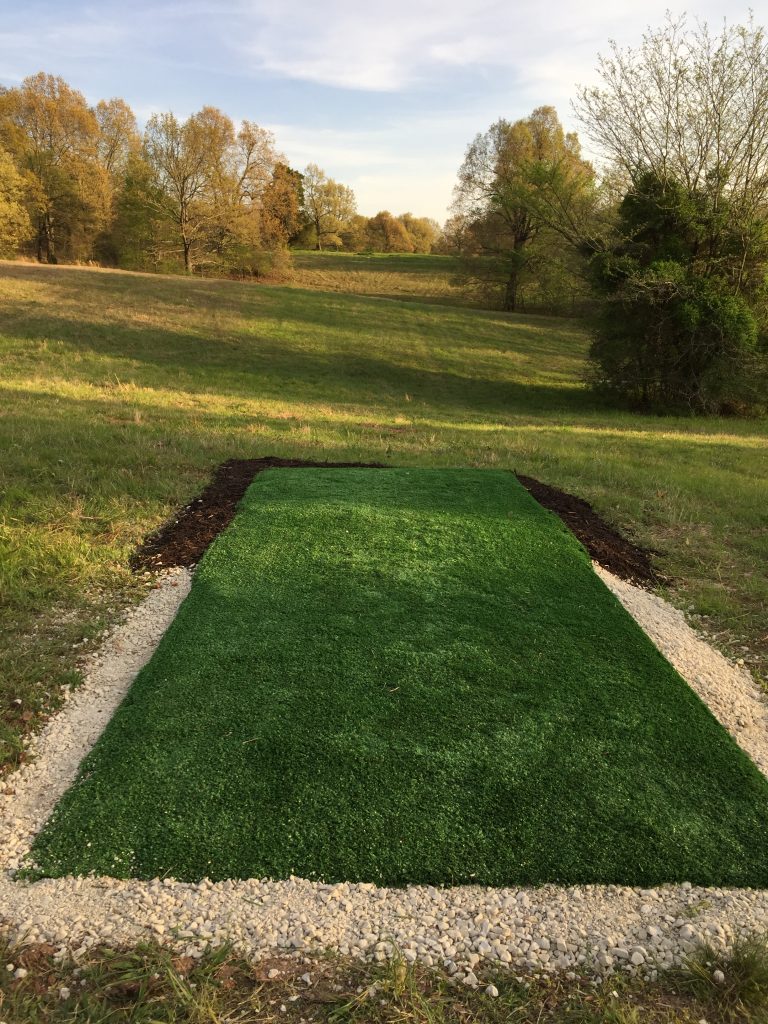 It seems ages ago the 2017 Disc Golf Pro Tour kicked off in Arizona with the Memorial. In the last five weeks we have seen some of the best disc golf to date ​
complimented by fantastic and comprehensive coverage. Quality coverage of impressive play is great for a thousand and one reasons, but as we get ready for our fourth stop I’m reminded of one simple goal we can all participate in – grow the sport. The DGPT could not be more excited to land in Jonesboro, Arkansas this week for the The Spartan Mowers / R&R Farm Equipment Jonesboro Open presented by Prodiscus run by the course designer himself, Brad Pietz.
Brad has put in an immense amount of work to grow the sport and draw in a championship level tournament to Jonesboro, designing two courses at Disc Side of Heaven. One course to get people into the sport and hone their skills and one to shake the confidence of the best players in the world. So before we get into the nitty gritty of what you’ll be seeing this weekend I want to give a huge shout out to Brad for all he is doing for the community. Not only will this be the biggest Tournament to be held in Arkansas to date, but Brad has also reached beyond the disc golf community to bring on two Arkansas local businesses as sponsors of the tournament. It’s support like this that makes it possible to put almost $25,000 in cash prizes on the line. In homage Field of Dreams, “If you build it they will come” and I’d say if you fund it then they will bring the fire.
Baker Helton and Jerry Roth, our DGPT staff writers, have put together some great pieces for you covering the details of what to expect at the Spartan Mowers / R&R Farm Equipment Jonesboro Open. Read up on their thoughts on the MPO division here and the FPO division here . And with no history to be covered at this first time event I don’t think there is much for me to add to their words.
While the top pros set off some fireworks on the course there is always a huge team that makes this all possible. So as we get ready for the Inaugural The Spartan Mowers / R&R Farm Equipment Jonesboro Open presented by Prodiscus I have one personal story to leave you with.
You’ve probably heard of and noticed the bespectacled legend of Steve Dodge, creator and director of the Disc Golf Pro Tour. I first met Steve this Winter when we were paired for a doubles round playing for Team Maple Hill in a team challenge. Side note: If you’re area doesn’t have a team challenge set up yet, I highly recommend it. There are few experiences I have had in my years playing disc golf that are so effective at bringing together the local disc golf families. After a quick chat to discuss our strategy for the afternoon, I couldn’t help myself from firing off questions at Steve about his plans for the DGPT this year. It quickly became apparent to me that Steve’s goal was to keep growing the sport by expanding the tour and making sure the world knew about it. I’ll never really know if it was Steve’s New England hardiness – wearing shorts and a fleece in sub freezing windy conditions – or his silky smooth, laser straight, stand still Leopard shots (Steve only carried three discs) that inspired me. Maybe it was the glow of victory we basked in after coming off that crunchy ice covered course. Whatever it was, by the end of the day I knew this was a team that I wanted to be a part of. A week or two later we confirmed my role writing these articles for y’all. I tell this story because, for me, it is a great example of why I play disc golf – the connections we make with each other on the course playing a seemingly simple game of watching discs fly and chains rattle.
Check back here Thursday through Sunday for in depth coverage of every round. And before live coverage kicks off this Friday at 4:00PM EST make sure to find some time to make it out to your local course for a round with your friends. Or better yet, bring someone along who has never played before, let them throw your plastic, cheer them on, and grow the sport.