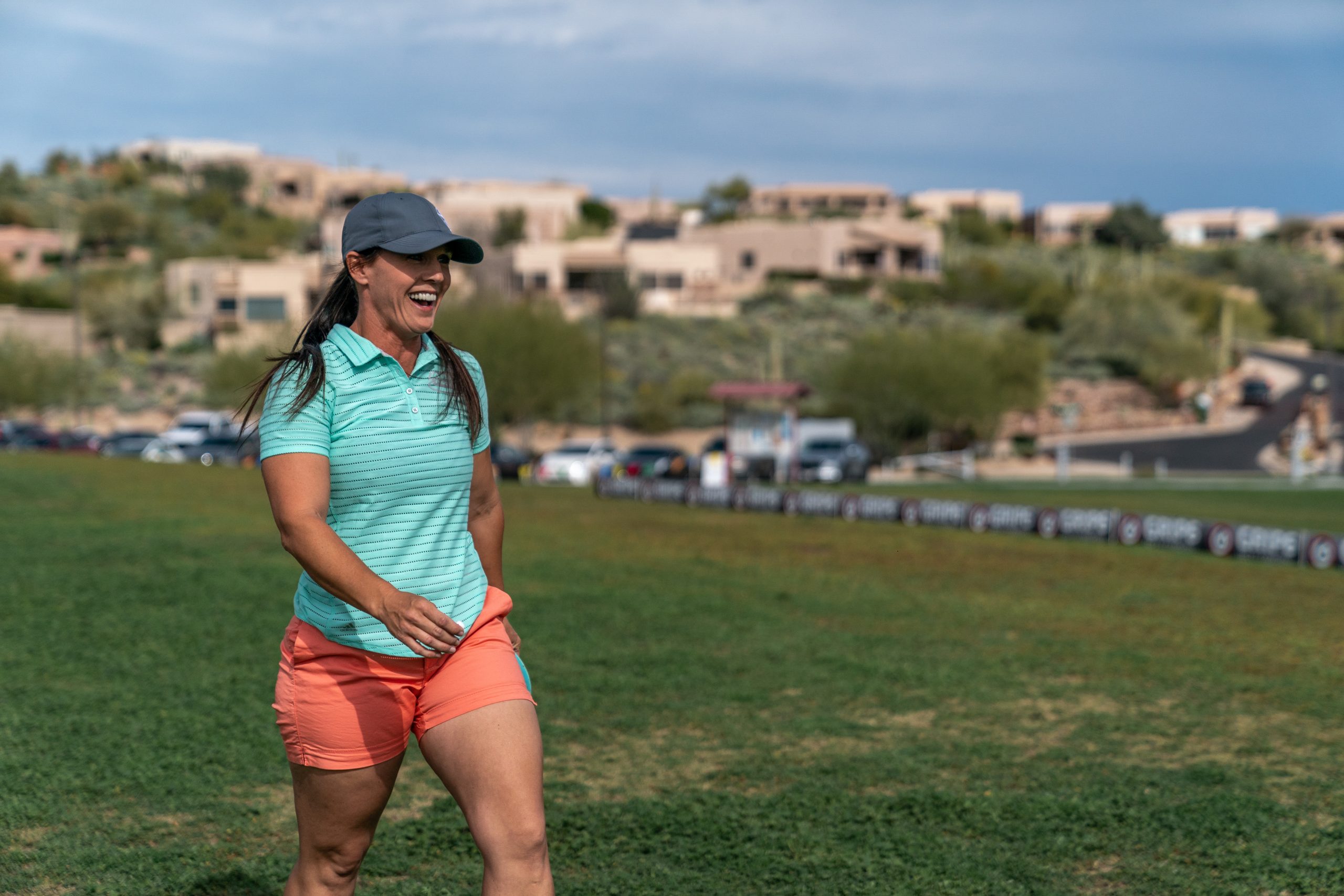 The Memorial Championship presented by Discraft: Round Two Recap

Jennifer Allen made a big move to Arizona last offseason, and based on her performance Friday, it looks like it’s starting to pay off.

Jennifer’s 8-under-par round tied yesterday’s hot round thrown by Paige Pierce and moved Allen to within three of the lead. She only missed the fairway twice during Friday’s round, and found herself inside of Circle 2 89% off the time, tied for the best in the field.

While Allen was shooting the hot round, Paige Pierce was close on her heels. Pierce’s OB on the final hole on the course resulted in her finishing one off the pace today with a 7 under par performance. She goes into Vista Del Camino with a three throw advantage on the field.

Finnish native Henna Blomroos struggled to get things going early but was able to maintain her spot on the lead card with a respectable 5-under-par round.

Rounding out tomorrow’s lead card will be Rebecca Cox. Rebecca finished 6 under par with an impressive 92% inside of circle 1. She was able to play clean golf going OB on hole fourteen. Rebecca will look to build on her success from today as competition moves over to the Vista del Camino course for the final two days of The Memorial Championship presented by Discraft.

Very few players have been able to start a round tied for the lead with Paul McBeth and then come out with the outright lead at the end of the day, but Calvin Heimburg able to do just that on Friday, carding a 13-under-par round at Fountain Hills.

Coming into the clubhouse, Calvin said, “It’s always good to finish in the lead, you can’t really think too much about who you are competing against, especially on a course like this. It’s always good to come out of the round with a one-stroke lead, but we’re only halfway through the tournament.

Calvin’s drives through two rounds have been at the basket with pinpoint accuracy. He leads the field in C1 in regulation with 83% of his throws resulting in a look at a putt.

While Calvin came out with the lead, McBeth was not far behind. The favorite heading into the event, McBeth only missed the fairway only once in the first two rounds.

The defending Memorial Champion Eagle McMahon was able to maintain his spot on the lead card as play shifts to Vista del Camino tomorrow with a 12 under par round. Eagle currently sits two throws off the lead after starting the day with back-to-back OB penalties on holes one and two. He recovered quickly though and has been able to rely on his first-place rank in circle two putting to keep him in the hunt.

Two players who were not on the lead card today made significant moves to push towards a spot going into moving day. Ultimately, only one player was able to gain a place on the lead card.

2019 PDGA Pro Worlds standout Emerson Keith was able to card a bogey-free 13 under par round to secure the final position on tomorrow’s lead card. Emerson came close to a 17 under round but he came up short on two circle two putts and then two-putted on both ten and fifteen to be one throw off of the hot round for the day.

Today’s hot round goes to Väinö Mäkelä who came up one short of Mcbeth and Heimburg’s scorching 15-under-par from yesterday. Väinö was able to go bogey-free, missing only one putt inside the circle to move up 23 spots on the field to lead off tomorrow’s chase card.

The action now moves to Vista Del Camino. Tune in to watch live on the Disc Golf Network or YouTube starting at 1:20 PM MST. Post-produced coverage of the MPO and FPO lead cards, as well as MPO chase cards, will be available next-day on Jomez, GK Pro, and Gatekeeper Media.