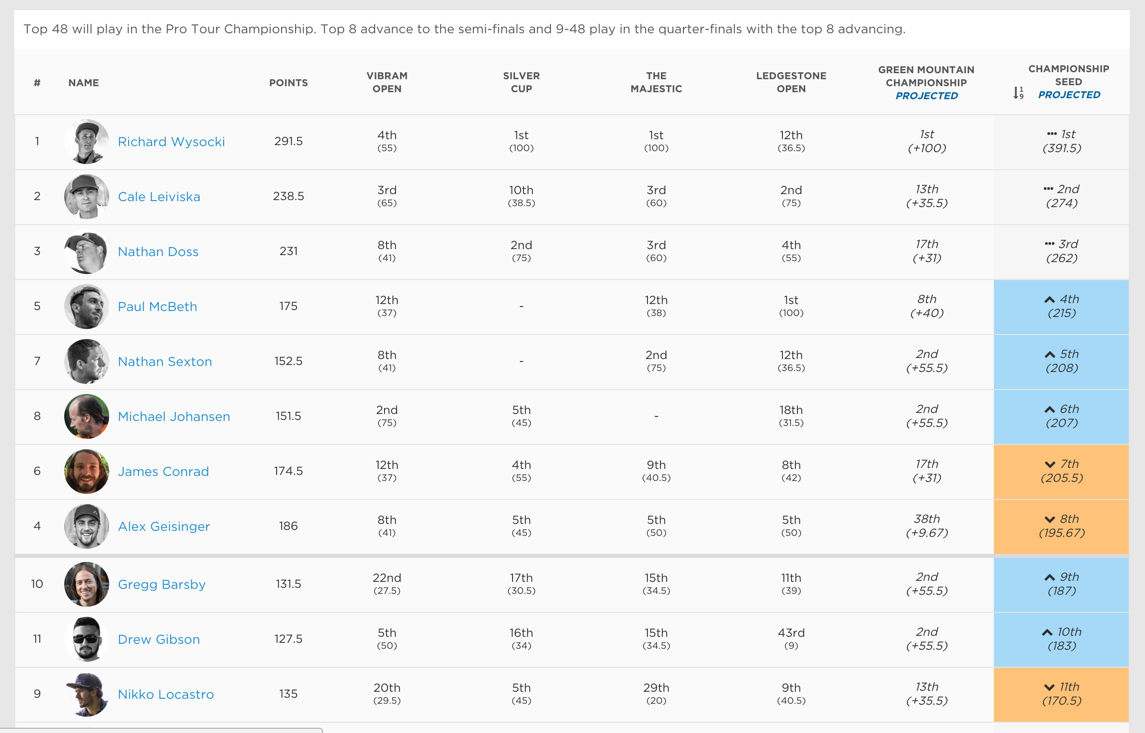 The Eight: The heat is on

Ricky, Cale and Nate are in solid position to maintain their top three spots. Presuming Cale (13th) and Nate (17th) move up the rankings, even a charging Paul McBeth would ​
not pull ahead of them.
Today, moving day at Discraft’s Green Mountain Championship, the players to watch regarding The Eight are Alex Geisinger and James Conrad. See the projected bracket for why The Eight matters.
If the event ended after the first round, the standings for 7th – 10th would be:

If Barsby or Gibson can maintain their 2nd place status and actually claim that spot for themselves (without a six way tie), they would be earning an additional 20 points (75 points earned vs the 55 earned due to the six way tie diluting the second place points). This would put Barsby ahead of both players and Drew ahead of Geisinger and within sniffing distance of Conrad.
The fallout of this:

If Barsby or Gibson can pull out the win, Geisinger, Conrad and even Johansen, Sexton and McBeth need to be careful as one of them would be squeezed out of The Eight for sure.
Today, we will be watching the battle for first – as well as the battles inside the battle.
We go live at 1:45 PM EST. Watch!