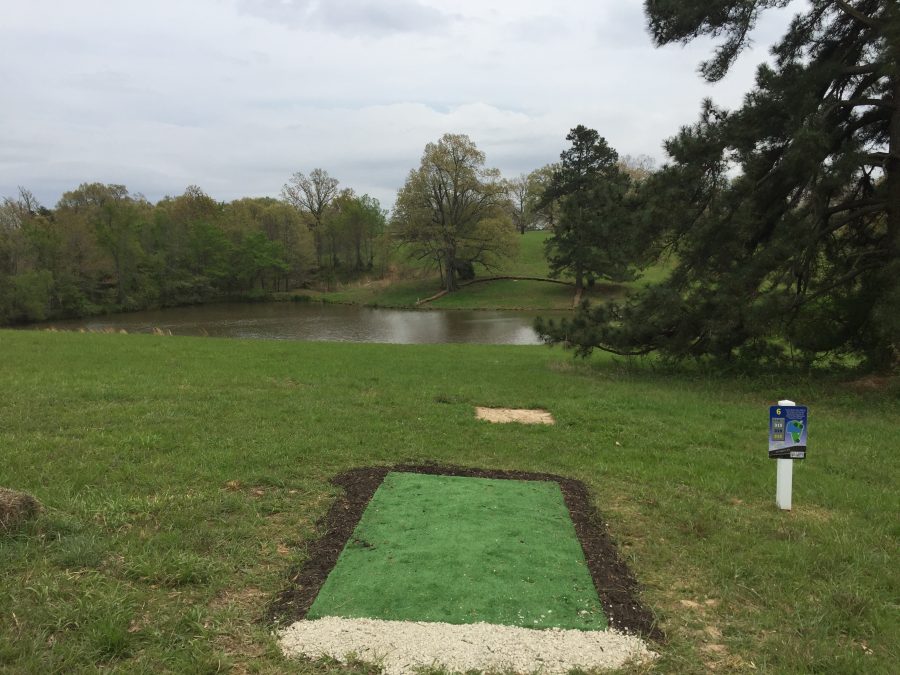 There’s a new stop on the Disc Golf Pro Tour – Jonesboro, Arkansas, the site of the Spartan Mowers / R&R Farm Equipment Jonesboro Open presented by ​
Prodiscus. The beautiful Disc Side of Heaven course will be the stage for this first year event. Tournament Director and course designer, Brad Pietz, paints a picture of what we can expect from this championship level course.
“Disc Side of Heaven is pure Arkansas country. 100% Mother Nature, the good and the not so good. So far, everyone who plays it loves it, I hope that trend continues.”
This new stop on tour will be one that you do not want to miss as some of the world’s best disc golfers battle for first Jonesboro Open crown.
The men’s side of the event is filled with talented players looking to try and conquer this long, challenging course. Measuring in at 9,840 feet for the Men’s Open layout, the Disc Side of Heaven Course will be one of the longest on tour. With only one hole measuring in at below 300 feet and only five below 400 feet, distance off the tee will be valued at a premium. This isn’t going to be about pure distance though, as the course’s elevation and an abundance of trees and water will keep pure distance throwers in check. The par 64 course sets up to be a spectacular chance to watch the best disc golfers throw some huge shots.
The first name that comes to mind when thinking of huge shots is Simon Lizotte. Lizotte is the leader in tour points and will have a good chance to extend his lead this week. Simon should be able to put on a driving display in Jonesboro and put himself in a position to pick up his first Pro Tour victory of the season. Lizotte has surprised some with his early success after recovering from a knee injury that kept him out of the latter part of 2016. He has always been known for his drives, but this year, it’s his putts that have been the difference. Lizotte ranks first in Circle 1 putting at 94% and he will look to continue his hot streak at the JBO.
Arguably one of the best drivers in the game is Will Schusterick. For proof, check out Schusterick’s statistics from his 46th place finish at the Nick Hyde Memorial.
Schusterick at Nick Hyde
Will’s driving ability was on display as he ranked second in Circle 1 in Regulation and fourth in Circle 2 in Regulation despite finishing in 46th. It’s no secret that he has had a problem with his putting stroke – at Nick Hyde, he finished dead last in that category at 65%. After a bounce back event that saw him on the lead card for the last day of the Texas State Championships, Schusterick is poised to breakout on the Pro Tour. Disc Side of Heaven will play to Will’s strengths as he will be able to reach holes that many other players won’t. If he can finally improve on his putting stroke, do not be surprised to see him make some noise in Arkansas.
Another player poised to have a breakout event is Drew Gibson. Gibson finds himself in ninth place in tour points, just out of the top eight that receive a bye into the semifinals. Another long thrower, Gibson has the ability to play well in Jonesboro. The young and talented Gibson is one of the few players with experience on the Disc Side of Heaven course as the young Dynamic Discs sponsored golfer held a clinic in Jonesboro late last year.
2017 MPO Points Ranking
Last year’s points champion and currently second in tour points, Ricky Wysocki is another golfer you always have to keep an eye on. Wysocki has had a series of issues that have kept him off the top of the podium in recent events. Wysocki was able to bounce back with a victory in the A-Tier, Texas State Championships on his way to Jonesboro. Wysocki has positioned himself just 13 points behind Lizotte in tour points. A confident Wysocki is a scary Wysocki and using his own buzz word of choice, he has “momentum” right now.
Wysocki Season Stats
The stats show it all for Wysocki who is ranked highly in almost every statistical category we track. With his ability to navigate the Disc Side of Heaven fairways and his deadly putting accuracy, it would not surprise anyone to see Ricky come out on top this weekend.
It’s an exciting time in Jonesboro, Arkansas as the city gets behind the biggest disc golf event ever to be held in the state of Arkansas. For those in the area, it will be well worth a trip to Jonesboro to see these players take on this awesome course. For those who are unable to make it, sit back, relax, enjoy your Easter weekend and tune in to the Disc Golf Pro Tour’s fourth event. The tournament begins on Thursday with live coverage starting Friday at 3:00 PM Central time. Tune in to see the
Spartan Mowers / R&R Farm Equipment Jonesboro Open presented by Prodiscus.