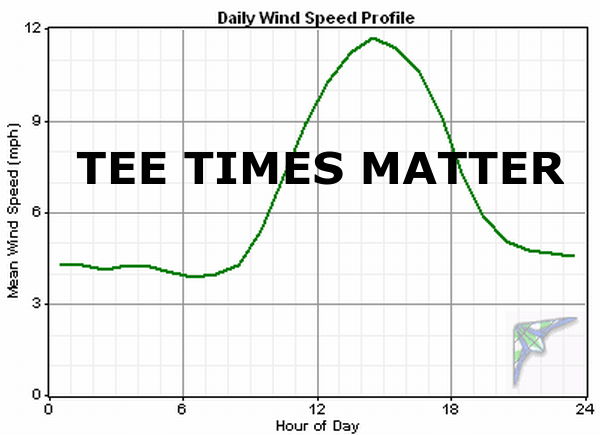 Over the first two Pro Tour events, tee times has been a hot topic. There are several reasons for this, including a desire to be more professional, the relatively consistent ​
creation of feature cards, and the question of fairness. Let’s look at each of these in depth and try to determine an equitable and entertaining way to set tee times for the first day.
Here are several ways that tee times are currently set across premier events:

Goals for Pro Tour tee times on the first day: Equity, Entertainment. The Pro Tour wants to create fair groupings while also creating at least one “super card” to highlight during the live coverage. There is a perception among many players that being on the feature card is advantageous. First, having a card of top players makes it easier to get in a groove with everyone playing well and feeding off the positive emotions. Second, top players may have sharper focus when there are cameras and hundreds of spectators following the card. Third, in many locations, the weather early in the day is often worse than the weather later in the day when the Feature Card plays. While the legitimacy of each of these can be debated, there is a perception that playing on the Feature Card is an advantage.
Perception is reality.We either need to be okay with players feeling like they have a valid complaint, or we need to address the complaint. The two ways we can possibly address the issue are to demonstrate categorically that it is false, or to adjust the way the feature card is handled. For the 2017 Pro Tour, the feature card is an important part of what we are building. It helps get people excited to watch through voting or simple publicity and it creates an expectation of getting to watch great golf. If at all possible, the Feature Card should be a 2017 Pro Tour staple.
Is it an advantage?There are positives and negatives to playing on the Feature Card. The positives are spelled out above. The negatives could include several long backups, intrusions and distractions from spectators, and more wind in the afternoons. There are many arguments of both sides of the discussion, let’s look at the numbers to see what bears out.
There have been six DGPT events that have had feature cards (Vib, Maj, Ldg, GMC, Mem, Waco). When we remove the extra players (local heroes and/or Am champs), who tend to play poorly due to the overwhelming pressure of playing on a Feature Card, here are the PDGA Rating number comparisons:

Wysocki and McBeth have both been on the Feature Card four times and they both did better than their rating twice and worse than their rating twice. While the numbers do not bear out any significant advantage, it is conceivable that some players would play better on the Feature Card, so perhaps some adjustments should be made.
Possible Adjustments.Please bear in mind that the creation of a Feature Card and/or how this card is picked, is completely at the discretion of the Tournament Director. The Pro Tour will announce guidelines for events to follow, the TDs can decide to follow them or not. During the off season, the TDs will review the data (scores vs ratings, viewership, perception of players) and will work with the DGPT and PDGA Competition Committee to develop a universal Tee Time standard for the 2018 Pro Tour.
First, whether the Feature Card is advantageous or not, we should definitely mix up who is on the lead card. Spectators will quickly tire of seeing the same handful of players and our goal is to build awareness of many players over the season. The Feature Card, much like the new Know Your Pro segment, is a great way to do this. I propose that players be able to be on the Feature Card no more than three (or four for players that have already been on it twice) times per season and that they not be allowed to be on the Feature Card at back to back events unless it is because they are the event champion. Over the course of the season, this would mitigate the first two advantage perceptions.
Next, the Feature Card weather advantage. There are two possible remedies for this. First, if the tee times are setup such that players with higher Tour Points and/or PDGA Ratings go off later, then the Feature Card advantage of teeing off last would be negligible. Second, presuming tee times are set via the Random or Spread ‘Em Out method, if the Feature Card tee time was set such that it is in the middle of all of the divisional tee times, this would also negate any potential weather advantage. So, we propose that the FPO and MPO Feature Cards either be arranged by Tour Points and/or PDGA Rating, or else the Feature Card tee time be placed in the middle of all of the other divisional tee times.
Lastly, the Pro Tour is still just getting started. There is a significant need for participation from regional Pros as well as Ams that want to test themselves on a bigger stage. One possible draw for these players is the opportunity to play with some of the top players in the world. This experience can genuinely be a cherished moment. I will always remember the first time I played a few holes with Ricky Wysocki. For him it was just another nine holes. For me, it was very cool. We get this, and we need to be cognizant that the possibility of this opportunity is a reason to play.
Final Thoughts and ProposalBearing all of this in mind, I propose the following tee time standards for Pro Tour events. These are recommendations and for some TDs, these contradict the method of tee time selection that they are planning on doing. That is okay. After the season, we will review the data and come to a consensus, moving forward together.
Tee Time Selection Proposal: