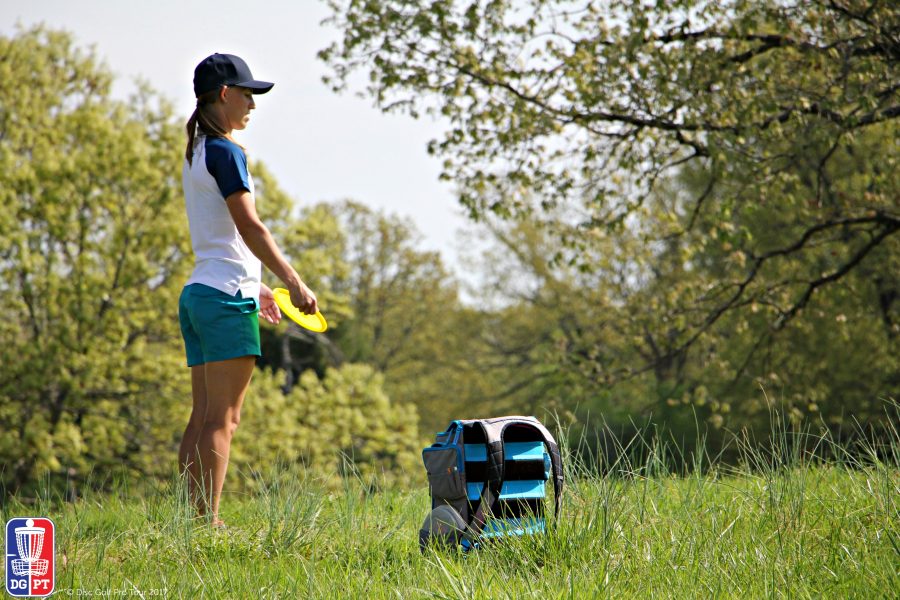 After a short hiatus following the conclusion of the Jonesboro Open in mid-April, the Disc Golf Pro Tour is back. The tour is headed to Odgen, Utah, as the sport’s top ​
women tackle Mulligan’s Disc Golf Course at the Utah Open presented by Latitude 64.
The FPO field may be small but it contains a tremendous amount of firepower with disc golf’s most compelling competitors ready to battle. Paige Pierce started 2017 dominant, winning three of the first four events and jumping out to a commanding lead in tour points. Pierce will look to continue her dominance in Odgen while Catrina Allen, Jessica Weese, Madison Walker, and Utah native, Amy Bilodeau, will look to slow her down.
Pierce seems as if she is on a completely different level than the rest of the competition this year. She is out-throwing, out-approaching and out-putting the rest of the field. The only person that seems to be able to stop Pierce is herself. She has proven that when she is on, she is nearly untouchable as she has completed several wire-to-wire victories in not only the Disc Golf Pro Tour, but also in Majors and National Tour events. Pierce recently pushed her PDGA rating to 969, tieing Catrina Allen for the highest rated female player in the sport.
Pierce’s 2017 season is reminiscent of Catrina Allen’s impressive showing in 2016. Although Allen has not had the same success in 2017, her momentum seems to be building at just the right time. One of Catrina’s many victories from last year came at the 2016 Utah Open. Allen needs a big victory to get her season headed in the right direction and there would be no better place for her to do so than in Utah. With some of the sport’s biggest events on the horizon, this could be the signature win that Allen needs to show Pierce that she can, and will, challenge her down the stretch in 2017.
Jessica Weese and Madison Walker are both coming off of injuries. Weese’s injury kept her out of the later half of 2016 and after some rest and recuperation, it looks as if she is ready to once again challenge the game’s top women. The Jonesboro Open saw Jessica stick with both Pierce and Sarah Hokom. As she continues to knock the rust off, she will likely only improve. Walker’s injury is more recent, as she hurt her wrist earlier this season. Madison is just starting to compete again and will look to have a quality showing in Utah to continue her progress forward.
This year’s women’s field is filled with such intrigue and so many storylines that it is simply a must watch. Luckily, we have you covered. Our entire staff will have wall-to-wall coverage of the event. From daily recap articles to women’s highlights during the live coverage, the Disc Golf Pro Tour is the place to be in order to make sure you don’t miss the action. Be sure to tune in Thursday, June 1st as the Utah Open presented by Latitude 64 gets underway.