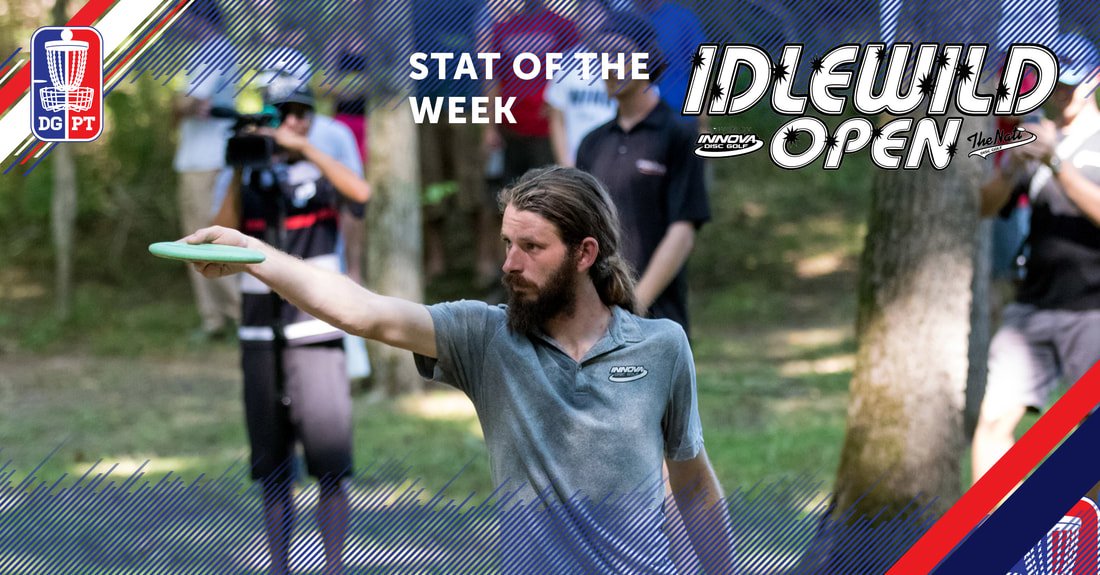 Stat of the Week: What does it take to win at Idlewild?

While the winner in the FPO division was no surprise (Paige Pierce), Paige’s path to the podium was similar to James at Idlewild which provides further explanation as to how both pulled out the win (and ultimately what to watch for this weekend). Paige did not make it onto the lead card at Idlewild until the final day of the tournament. Paige finished the tournament carrying the first banner in many stats across the division but ultimately it was the same consistent play we saw from James that landed her at the top of the podium. While Paige finished with the first place spot in circle one putting, her first place scramble rate was what saved the day. The differences in stats between James and Paige show the differences in how the game is played between the MPO and FPO divisions. James was able to win the tournament by putting his drives inside C2 during regulation, Paige won with her stellar scramble percentage. Be watching to see how these stats change at Idlewild this weekend.

What does it take to win at Idlewild?

Locals and viewers alike enjoy the Idlewild course because it is touted as one of the toughest courses on tour. When reviewing courses people are traditionally able to say “this is a bomber course, or this is a course where you have to putt well to win.” Idlewild is different. With Idlewild it is important to stay clean off the tee and/or have a high scramble rate. Putting is always needed, but while this course is long, it is not a bombers paradise. The lines are tight and the ability to shape shots is key. Players who are able to capitalize on their good drives while minimizing their shots off the fairway will be able to do well at Idlewild this weekend.

Be watching for players like James Conrad, Kevin Jones, Austin Hannum, Michael Johansen, Nate Perkins, Zackeriath Johnson, and Chris Dickerson to perform well this weekend. You also will not want to count out last year’s Paul duo: Paul McBeth and Paul Ulibarri who both finished in the top five.

Make sure you are ready to watch live starting at 2 PM ET each day this weekend Friday thru Sunday. Share with your friends and watch the pros take on one of the toughest courses on tour.