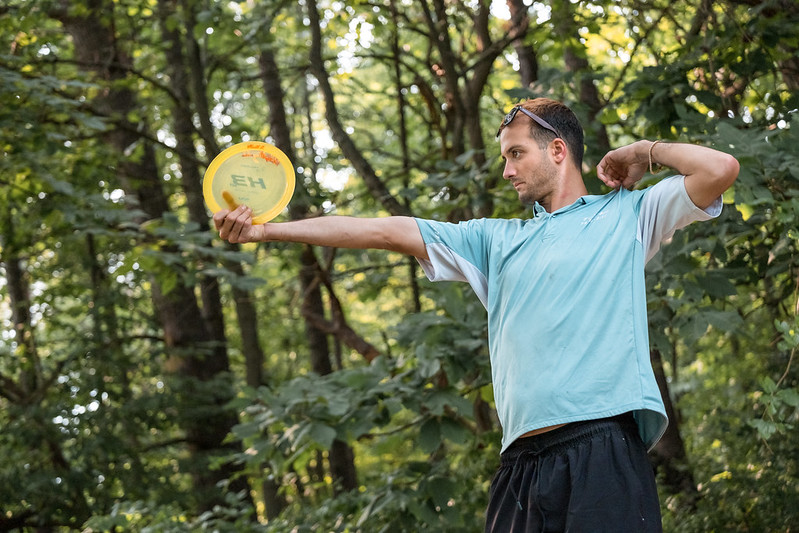 The Disc Golf Pro Tour hosts the final Silver Series event of the 2021 season this weekend in Vorhees, New Jersey at the beautiful Stafford Woods disc golf course! In its 4th year as an A-tier and its first on the Disc Golf Pro Tour, the Stafford Open – driven by Innova has become a staple event on the Northeast swing of the tour and will see a combination of returning players as well as some first timers from the Pro Tour.

Set within a beautiful 100-acre park previously owned by the Stafford family for 200 years after being granted the property by George Washington, Stafford Woods holds a special place amongst the disc golf community in the Garden State. Built in 2012 (9-hole) by Adam Harris and then expanded in 2014 to accommodate 18 holes, Stafford Woods disc golf course is the #1 rated course in New Jersey on UDisc and is also the home of the first A-tier hosted in the state. With the added title of being a Silver Series event in 2021, it’s very clear that the disc golf community in Vorhees is hard at work continuing to make history both on the Stafford Woods property and within disc golf as a whole in New Jersey.

Michael Johansen’s victory at the Stafford Open last year came after a 3-round rating average of 1051.

Returning to the Stafford Open in 2021 are both of last years Champions, Michael Johansen and Missy Gannon who both look to repeat their titles this weekend. Johansen will be joined by 24 other 1000+ rated players which is a steep increase over last year’s count of 10. At the top of that list joining the competition at Stafford for the first time in 2021 are players like Matt Orum, Nikko Locastro, and Emerson Keith along with several other Pro Tour regulars that look to add a strong finish to their 2021 resume headed into the final few events of the season.

Missy Gannon looks to combine experience and momentum headed into the weekend after last years win in New Jersey and a strong finish at last weekend’s Idlewild Open.

In the FPO division, there will also be some added competition for Missy Gannon with a field size of twenty ladies over last year’s eight. Holly Finley will be on Gannon’s radar especially after a strong 3rd place finish in 2020 at the event and while there is certainly plenty of other contenders in the field, it’s safe to bet that Gannon and Finley will be battling it out for all three rounds of competition.

With a strong finish this weekend, team Innova’s Holly Finley could earn valuable points in the DGPT standings. Finley is currently ranked 15th with less than 40 points standing between her and 10th place.

Want to see the Stafford Woods course before the action heats up this weekend? Check out last years MPO final round courtesy of Gatekeeper Media.