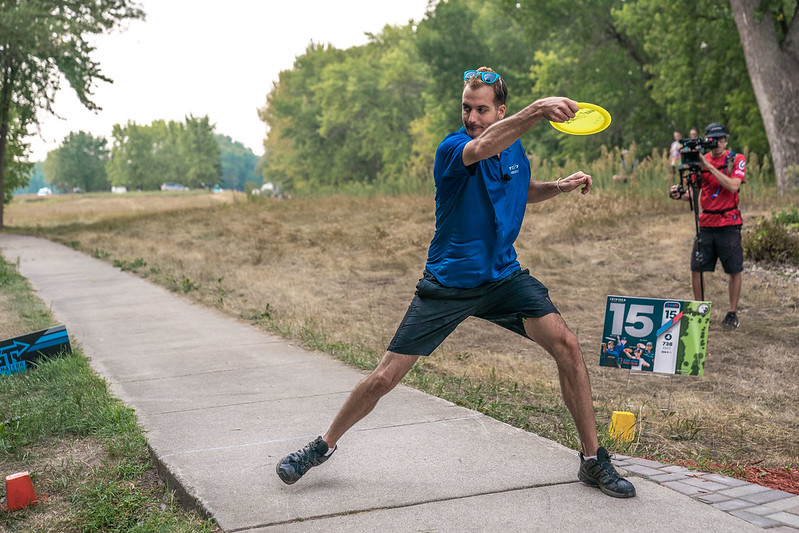 By David WeaverAugust 22, 2021No Comments

The final putts have fallen in Vorhees, NJ and the 2021 DGPT Silver Series has concluded with two Champions being crowned at the Stafford Open – Driven by Innova.

In the MPO division, Matt Orum continued his dominant play in round three and captured the first DGPT event win of his twenty-year career! Matty O was the only player in the entire field to shoot double-digit under par rounds in all three rounds which resulted in an event total of 37 strokes under par (-13,-12,-12) and an 11 stroke victory over second place. Orum’s dominate play earns him 25 points in the DGPT Standing and puts him in 29th place with only a few events left in the DGPT season. If Orum can maintain or improve on his position in the standings, he will earn himself a spot to the DGPT Championships this October which will take the 32 highest ranked players in the standings.

Matt Orum averaged a round rating of 1065 at the Stafford Open and earned his 69th PDGA win. Impressive stats from the Creola, AL native.

Fighting their way onto the podium after not making the lead card on Sunday were Nathan Queen (2nd) and Andrew Fish (3rd) who finished their day with very impressive scores of -11 (Queen) and -12 (Fish). Andrew Fish’s round of 52 came after near perfect putting including two made circle two putts. Fish’s only missed putt of the round was from circle 2 on hole six.

In the FPO division, Missy Gannon continued her stellar play that fans have almost come to expect this season and was able to capture her second DGPT event win of the season. Gannon’s victory also marks her second in a row at the Stafford Open proving that she is the Woman to beat at the #1 rated course in New Jersey.

Gannon’s second win in a row at the Stafford Open marks the 34th PDGA career win for the Beacon, NY native.

Not to be outplayed on Sunday was T-2nd place finisher Natalie Ryan why shot a round hot 62 (-2) which earned the Richmond, Virginia native her best finish at a DGPT event after a 19th place finish at last weeks Idlewild Open. Keep your eye on Natalie as she will be competing in the remaining DGPT events as well as several other large events over the next few months of the season.

Tying Ryan for 2nd place was local Michelle Frazer who despite having a tough front nine, battled back strong with a three under par back nine to share a spot on the podium. Frazier’s second place finish continues her year-long streak of finishing 1st or 2nd at every Open Women event she has played in 2021. Impressive stuff from the 18-year PDGA veteran who holds titles ranging from the 2012 Amateur World Champion to multiple wins at the Eric C. Yetter Championship (A-tier).

Post Round Coverage from the Stafford Open will be available from Gatekeeper Media (MPO) and GK Pro (FPO), Join us September 3rd-5th as the Disc Golf Pro Tour travels to beautiful Leicester, Massachusetts for the MVP Open at Maple Hill, the second to last stop on the DGPT before the Tour Championships in October.