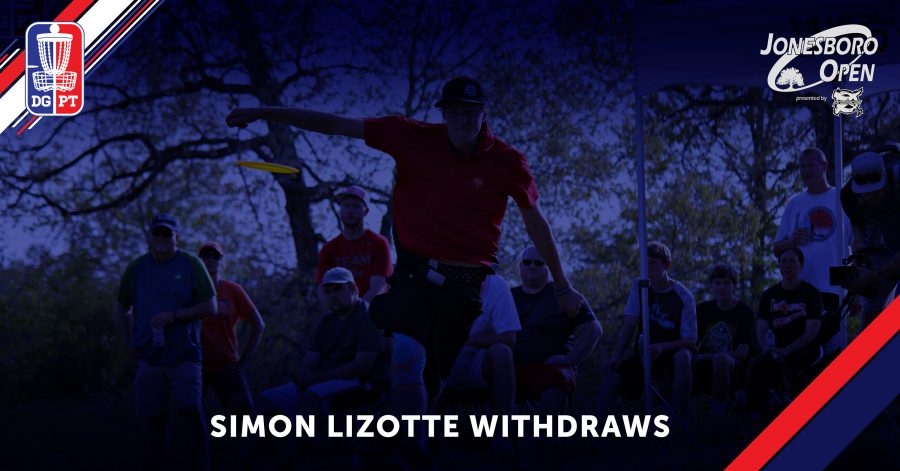 We received news earlier today that Simon Lizotte will not be competing at the Jonesboro Open presented by Prodiscus this week. Simon has been dealing with a back injury and
after consulting with his doctor and trainer he has decided to withdraw from the tournament. He is hoping his back will allow him to begin competing again at the Glass Blown Open later this month. We would like to wish Simon a speedy recovery and we hope to see him out on the course again soon.
Simon was originally slotted to be on the live coverage on Friday because of his second place finish last year at the event. He will be replaced with Nate Sexton who currently is first place in DGPT points standings after the first two events. You will be able to catch Ricky Wysocki, Nate Sexton, Kevin Jones, and Seppo Paju during the live coverage starting at 4pm ET on Friday. We will be live all three days of the event at 4pm ET (April 6-8th) at http://www.dgpt.com/watch/live