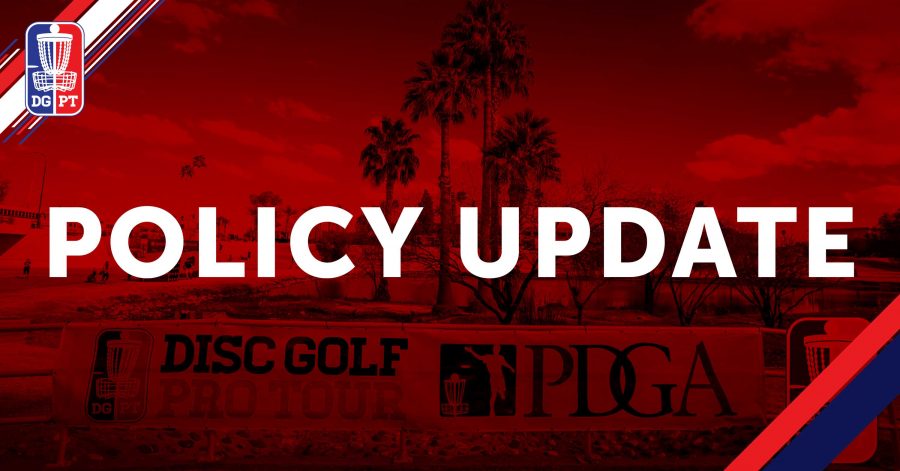 Beginning March 14, 2018, the Pro Tour will align its events to match the PDGA’s smoking policy for PDGA Majors and NTs. The policy, as quoted from the PDGA,
reads:
On April 18, 2017, the PDGA Board of Directors voted to extend the existing PDGA Tobacco Policy, which previously only included PDGA Major Events, to also include National Tour events, as well as any sanctioned events held concurrently with those Major and NT events. An example of a concurrent event includes, but is not limited to, running an A-Tier for other divisions while a Major or NT round is also underway.
Additionally, another update to the policy is that it now extends to event staff.
The use of tobacco products by event staff, players, and by extension their caddies, is prohibited at all PDGA Majors and National Tour events, as well as those events held concurrently with those Major and NT events, from the two-minute warning until their scorecard is turned in. This prohibition includes all smoking and chewing tobacco products (excluding nicotine gum) as well as electronic and vapor cigarettes.
For players and their caddies, any open and visual possession of any product banned under the smoking policy will be treated as a courtesy violation, and violators will be asked to put away the product until after the round has concluded. Subsequent violations will be handled per PDGA Rule 812.C with penalty throws assessed and repeated violations may result in disqualification in accordance with Competition Manual Section 3.03 – Player Misconduct.
A Tournament Director may opt to provide designated smoking areas out of the public eye for players, caddies, and event staff to use during the round, and all rules concerning the pace of play still apply (Competition Manual 3.02). In cases where local laws and policies conflict with this policy, please contact the PDGA Tour Manager for guidance.