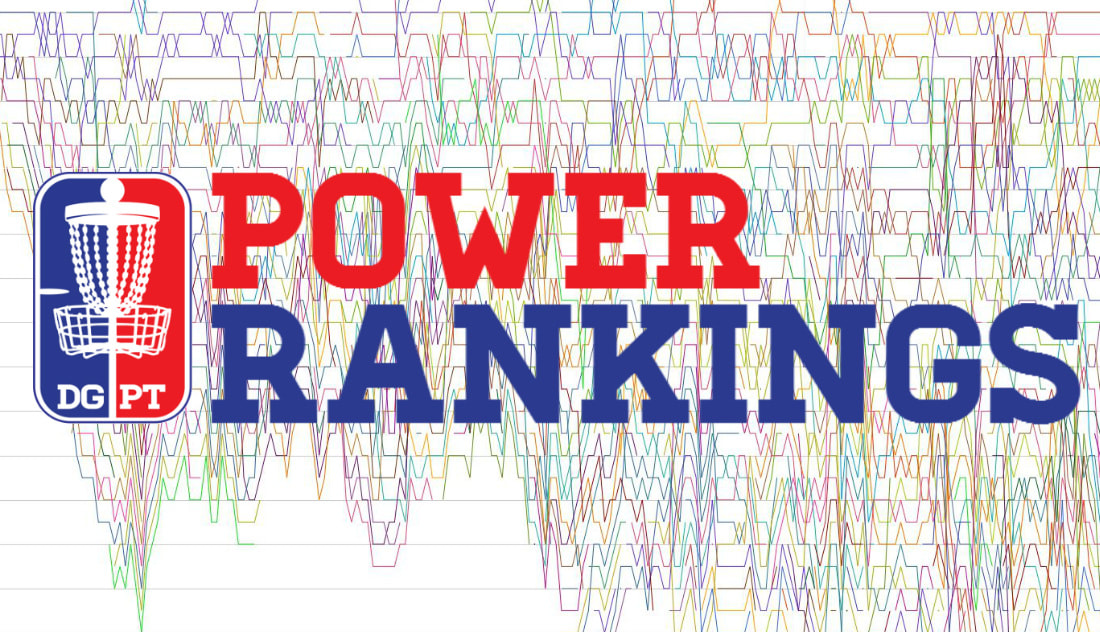 By Todd Kepler of DGStats

This week’s Power Rankings bring us several points of interest.

MPO was shaken up by the loss of the 2015 Memorial scores, but picked up the Copenhagen Open in Denmark, which brought in 13 strong competitors. WPO had two flip flops in the rankings due to adjustments in the ranked events and the Texas State Disc Golf Championships.The Copenhagen Open hosted several Top 50 Men’s Open players.  Teemu Nissinen #39696, currently ranked 22nd picked up the win at the Open earning him 12 points and moving his win % up over 2.5%.  Karl Johan Nybo #28903 picked up the 2ndplace win, 11 points and traded positions with Steve Brinster #10628, moving up to 9th from 10th.  The Coppenhagen Open also qualified Juho Parviainen #30858 for the top 50.  He picked up his 5th event this weekend, inserting him at the 31st ranked which caused Devin Frederick #16287 to drop from the rankings.

The Texas State Disc Golf Championship win for Sarah Hokom(6) #34563 not only solidified her place in the rankings for this season, but also proves just how hard of a worker she is.  Sarah’s road warrior schedule is truly impressive and she holds the current record with 19 ranked events in the past 12 months, more than any other Men or Women Open player.  The event schedule shift this week moved Hannah Leatherman #45396 up to 7th as she trades spots with Sarah Cunningham #30397 now sitting in 8th.  Liz Carr-Sypien #31068 and Jennifer Allen #15354 also switched spots, putting Liz back into the top 10 from her lowest 2 year ranking in 11th.

The Nick Hyde Memorial is a few days away and will be sure to shake up the rankings for both groups!