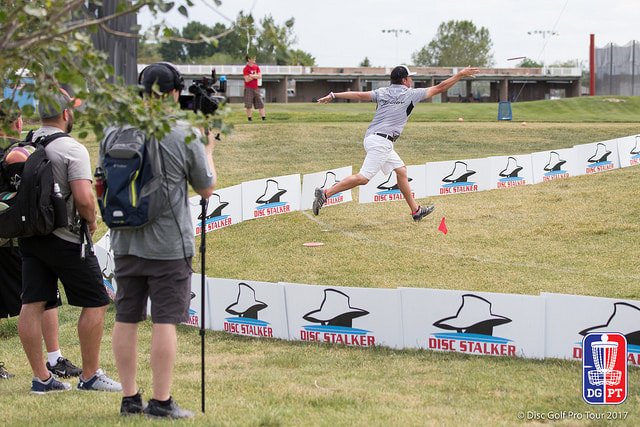 After the first four events, if you had told me Paul Ulibarri would make the top 8, I would have strongly bet against you.
First half ULI
I would have given you 4 to 1 odds. His best finish in the first four events was 14th, and that was at Jonesboro, one of the lesser attended events on tour.
His game was off. His driving was off, his putting was off. His confidence and swagger were gone.
ULItah Open
After taking a month off, Paul came to the Utah open tan, rested, and ready. He opened the tournament with the hot round and found himself, for the first time this season, on the lead card. Uli stayed within striking distance after the second round, and fell off a bit more in the third round.
Anyone watching could see it though, ULI was back. His 90% Circle one putting had only been eclipsed at Jonesboro. His 32% Circle two putting was the best he’d done all season. Paul Ulibarri was setting himself up for a very nice finish to the 2017 season.
Part Deux
The second half of the season was the exact opposite of the first. Paul had three top-five finishes and, with the exception of the Vibram open, every single round was three strokes off the hot round.
At the Tour Championship, this is exactly the type of golf you want to be playing. Uli has a bye into the semi-finals. There, he just needs to win his card or be close to the hot round. He has done this 75% of the time. I give Paul a very good shot at advancing to the finals.
Once in the finals, it’s anybody’s game. If he can stay within a couple Strokes of the hot round in the finals, with three holes to go, a nice throw in combined with an unfortunate OB could easily result in Paul Ulibarri walking away our 2017 tour champion.
Make sure you don’t miss a minute of the action, it is sure to be a battle of the best. Live coverage of the DGPT Tour Championship will follow the schedule below, times listed are EDT: