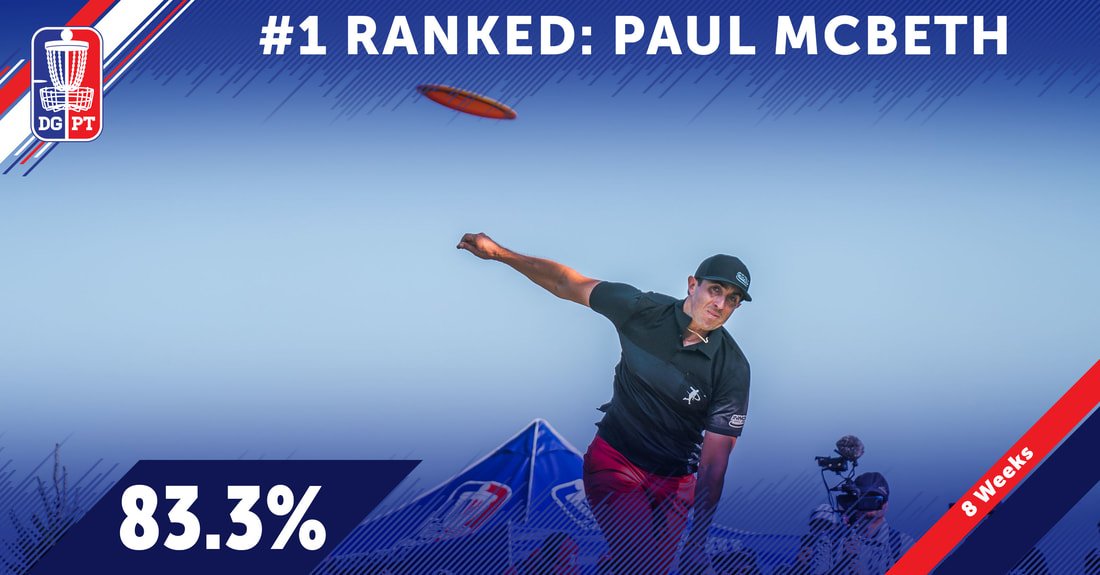 Paul McBeth and Paige Pierce did not have a typical result at the Tour Championship, but both did manage to maintain their hold on the top spot in the Disc Golf Power Rankings.

Chris Dickerson’s win at the DGPT Tour Championship moves him up two spots to 4th, just 1% behind Eagle McMahon in 3rd. Reid Frescura (33) jumps 18 spots with his quarterfinal finish, landing him in the top 50 for the first time ever. At the last event of 2018, Ricky Wysocki closes the gap between he and Paul McBeth from 12 to 8%.

With the exception of Paige Pierce not making the Finals, the women’s side of the DGPT Tour Championship played out as expected. Sarah Hokom edged out Catrina Allen for the win and both of them gained about 6 percentage points on Paige. Catrina moves up to third and Sarah now sits about 7 points behind Paige as the 2018 season wraps up.

In the week since the Tour Championship, there was not much movement during our first week in the off season. We will shift the Power Rankings to monthly updates until things pick up again in late February.