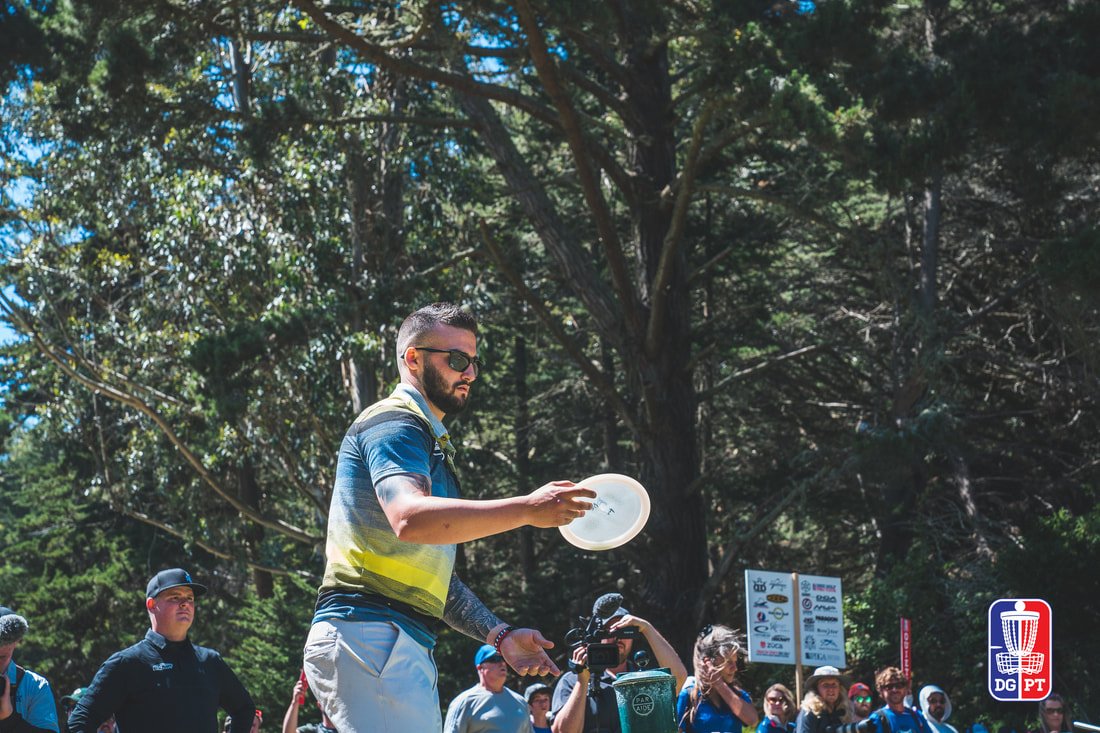 One Player to Play Them All

The Disc Golf Pro Tour is entering its fourth season and after 26 events only one player has made it to every stop. He has cashed at every Pro Tour Event, amassing $18,998 in Pro Tour winnings over three years. One of the first players to commit to the Pro Tour in 2016, he has quickly become a fan favorite in the sport. Who is the one player to play, and cash, at every Pro Tour event? Drew Gibson.

We caught up with Drew to see how he felt about being the only player to have attended every Pro Tour event. Per Drew, “It’s a pretty special thing to be able to say I’ve had the opportunity to see the tour grow at each event and see how every single event has improved along the way. It’s for sure been a fun ride, and I wouldn’t trade it for anything. I’m actually amazed to hear I’m the only one to do this.”

Given how hectic the travel schedule can be for players, we were not as surprised to find out only one player had attended every Pro Tour event. However, Drew had made it clear from the beginning that he wanted to support the Tour. So we asked him what it was about the Disc Golf Pro Tour in particular that made him want to commit and attend every event early on? Drew pointed to the vision of the tour in his reply, “The structure [of the Disc Golf Pro Tour] and vision is probably what’s kept me follow the pro tour since the beginning. The tour allows the players to be fairly involved in new ideas or concepts and that is a huge plus that it gives us some voting power for new stuff that may be implemented.”

In 2017, Drew finished sixth in Pro Tour Standings. He amassed his most significant year of winnings, bringing home $7,296 across the DGPT season. Drew’s best finish* came at the Tour Championship where he competed in the semi-finals round and brought back $1,000 for his efforts.

This year Drew his best performance of his Pro Tour career at the San Francisco Open were he took home 4th place honors. Drew finished ninth in the Pro Tour Standings this season leaving him just outside of the semi-finals round.

We asked Drew for an assessment of his performance across the three seasons, and he had this to say, “Those years didn’t really shape my choices to play the next year, the tour is something I’d love to support and play in as much as possible moving forward no matter my finals finish. In 2016  the “Gibson Rule” was implemented because of my play during the first round, but that format for me and the complex of New World just seems to give me issues for some odd reason. I’ve yet to make it past the first round since the finals moved to Florida.”

Even with his struggles in Florida Drew keeps coming back for more. We asked him why it was important to him, and he replied, “Consistency, knowing at each event you arrive to that the added amount for players will be there is a huge plus. It makes arranging travel and accommodations much easier when you have a basic idea of if X amount of players who up and you get X place you’ll get X amount.”

With the streak in place at 26, we had to know how long Drew thought he could keep it up. His response may surprise you, “Sadly the streak will end this year I’d be willing to bet. I’ve had some other opportunities come up for me to excel in other spaces of business that’ll take up some of my time which will slightly shrink my travel abilities and limit me being able to play taking Wednesday-Friday off some weeks. I will still be active on the road, but I think I will be more picky with the events I play than just playing every weekend for months.”

Naturally, we had to know what would be so important that it would take Drew away from touring. Thankfully he was candid with his response, “I’m working on a mobile App for disc golf, if we are able to nail everything down how we would like it would be it will be able to give you real-time analytics of your throw and a comparison to either your last throw or a Top level Pro of your choice!! This will be a good learning tool for people who are looking to improve their form during fieldwork or practice rounds and also a good teaching tool for pros giving clinics or private lessons. It actually doesn’t stop there I’m going to be an infrastructure consulting salesman as well, finding solutions for company’s to work more efficiently and be more structured!! I’m excited for the new doors that have opened for me. It won’t take me away from the sport as a whole, but I do think it’ll drop my event per year number down a few! Thank you guys for giving me this opportunity!”

You can check out an example of the app in action in the post below from Drew’s Instagram.

**BIG NEWS** Please leave feedback if youâ€™d be interested in using this to better your form and lower your scores. My cousin and I are working on a huge project right now to help people analyze their form and have an easy tool to learn the correct technique to better your score. My cousin and his company have done analysis of NBA teams and so much more. This is a rough draft that he put together last night just to show what it would be on one interface. THERE WILL BE A MOBILE APP, you can film yourself and friends for immediate critique. Please Comment and Share this if itâ€™s something you think youâ€™d be interested in. â¤ï¸ â–¡â–¡â–¡â–¡ #Tattoos #California #InnovaDiscs #DG #DiscGolf #Frisbee #1InDiscGolf #Leopard3 #SupremeFlight #Booom #2018Tour #DGPT #DiscLife #TeamInnova #Gibson

Drew said to be watching for the release of more information regarding the app as it is just now in its beginning stages. Also, if you are looking for sales consulting you can message him via, and social media or at: drew @ corrdyn.com.

Before we wrapped up the interview we wanted to close with a positive thought, so we asked Drew to entertain us with his favorite memory from the Pro Tour so far, he was candid with his response, “I think the overall experience the tour provides I’d have to say. Traveling to new places with fans opening their arms to us and the event directors working their butts off to provide great events is something that needs to be brought up. The competition on the course is unmatched with how many fantastic players there are right now, but just having a platform to showcase our skills and have people be able to watch us and root for their favorites is what I really have enjoyed.”

We are thankful for players like Drew Gibson who have believed in the Tour since day one. While we are sad to hear his streak may be ending soon, we are excited about the opportunities he has with his new business endeavors, and we look forward to his future success!

———————
Notes
*Best finish is determined based on position and cash. Drew earned more at Ledgestone ($1100) but finished lower on the leaderboard than he did in the Disc Golf Pro Tour Championship semi-finals.