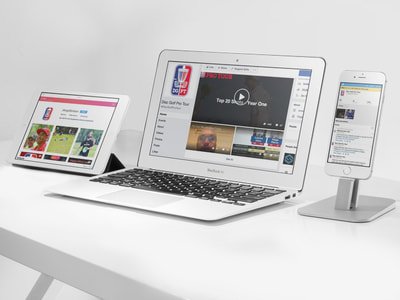 My First Month with the Pro Tour

June 28th marked the one month point of my start with the Disc Golf Pro Tour. I wanted to take a moment to reflect on my first month experiences, the state of the ​
DGPT social accounts, and a few lessons I have learned here in the first month. Hopefully by now many of you know who I am. If you don’t, my name is Seth Fendley and exactly one month ago Steve Dodge and the Pro Tour brought me on to help with the social media. You can read a little bit more about me in the announcement article we posted a month ago .
When I started a month ago I brought with me over seven years of social media experience. I also brought with me over ten year of disc golf experience. I thought those two things were going to give me the boost I needed to help put the DGPT social media on top. I can say, those two qualifiers were extremely helpful, but neither prepared me for what I was going to experience in this first month.
Looking back… Four days after I started we had my first DGPT event as a staff member, The Utah Open. Leading up to the event I did everything I could to prepare for the marathon tournament days. I tried to plan ahead with some posts leading up to the event, Steve was able to get me in touch with the uDisc guys who had previously been helping with social media (those guys were a HUGE help!) but ultimately nothing could prepare me for running our social accounts during the event. At this point in my social media career my live event experience was limited to one TEDx event last September, where I was in the room updating Twitter and Facebook in real time.
However, disc golf is different. Since disc golf is a competition, things can change at any moment, and I’m not just talking about scores as they come in. While the weather was perfect throughout the weekend we had three “unexpected” things which happened during the event that I – as social media coordinator – could have never planned for:

This is a few of my thoughts from the first few weeks on the job here as Social Media Coordinator of the Disc Golf Pro Tour. While running social media is something I am comfortable with there was a lot to learn. There is still a lot to learn. However, we have seen growth and we are hoping to continue that growth for months and years to come. Thanks for following along!