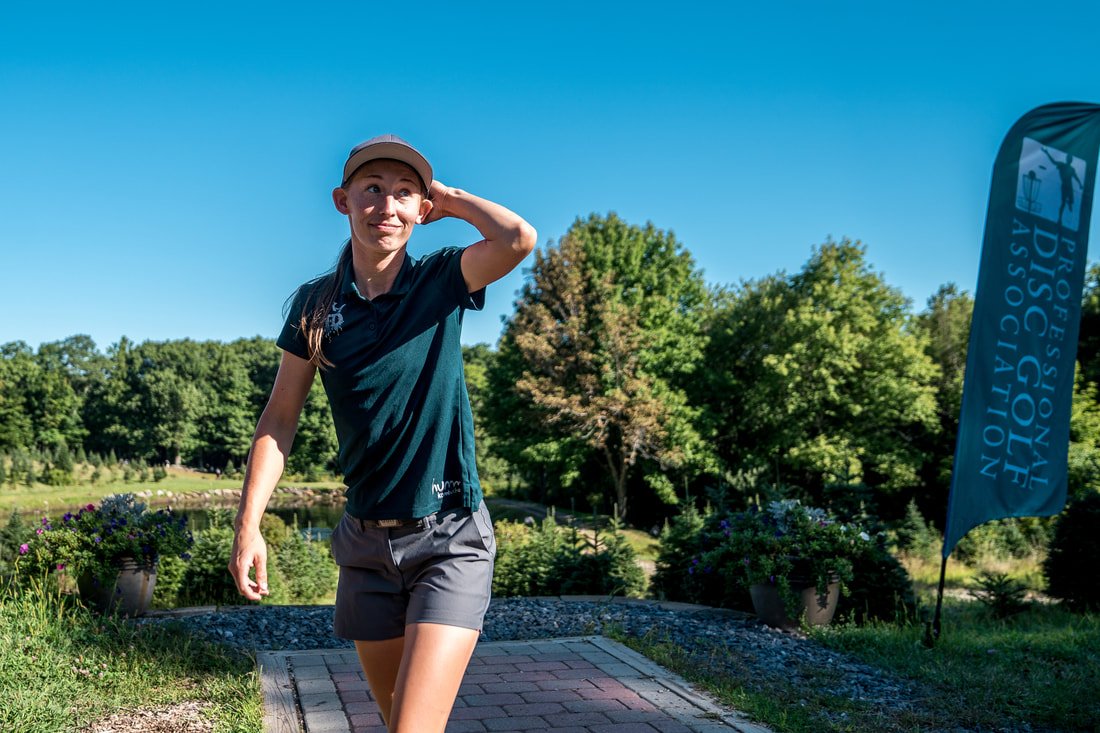 The MVP Open at Maple Hill is in the books for the FPO division, and there is now a 5x Champion.

Going into the day, Paige Pierce had a seven throw lead on the field. She would maintain her lead by carding a three-under round to close out the tournament. With a sizeable lead, she was looking to retain that space to the back nine and then set the cruise control to victory. Pierce came out of the back nine one over with none of the field pushing to catch her. She grabbed a string of birdies on fifteen through seventeen to finish strong and under par for the win. Paige did not win the event last year but had one the previous four years. Fresh off her 5x World Champion crown she is now a 5x Champion here at Maple Hill.

Moving up and into a tie for second place was Estonian national Kristin Tattar. This was Kristin’s first DGPT event, and she showed that she has what it takes to compete with the top players in the field. As it is frequently lamented, it would be great to see international players compete more often as it is clear they are prepared to go toe-to-toe with our top professionals here in America. Kristin carded the hot round of the day finishing at four-under-par.

Kristin finished tied with Sarah Hokom who carded a bogey-free three-under-par to finish at -7 for the weekend. The only other player to card an under-par round today was Hokom’s MVP teammate Elaine King who carded a three-under 58. Her three-under-par performance was enough to move her up six spots into a tie for fifth place. Elaine was ecstatic at her performance and expressed that she wished she had played better during round two, which could have led to a podium finish.

The next stop on the Disc Golf Pro Tour will be the Green Mountain Championship September 13-16th. With only one stop left on tour, it is time to start thinking about Tour Points Standings. While most of the players who are in the top fifteen will be maintaining, there will be some jockeying for position to determine who will have a bye into the semifinals. Make sure to check out Udisc Live to see where your favorite player is currently.