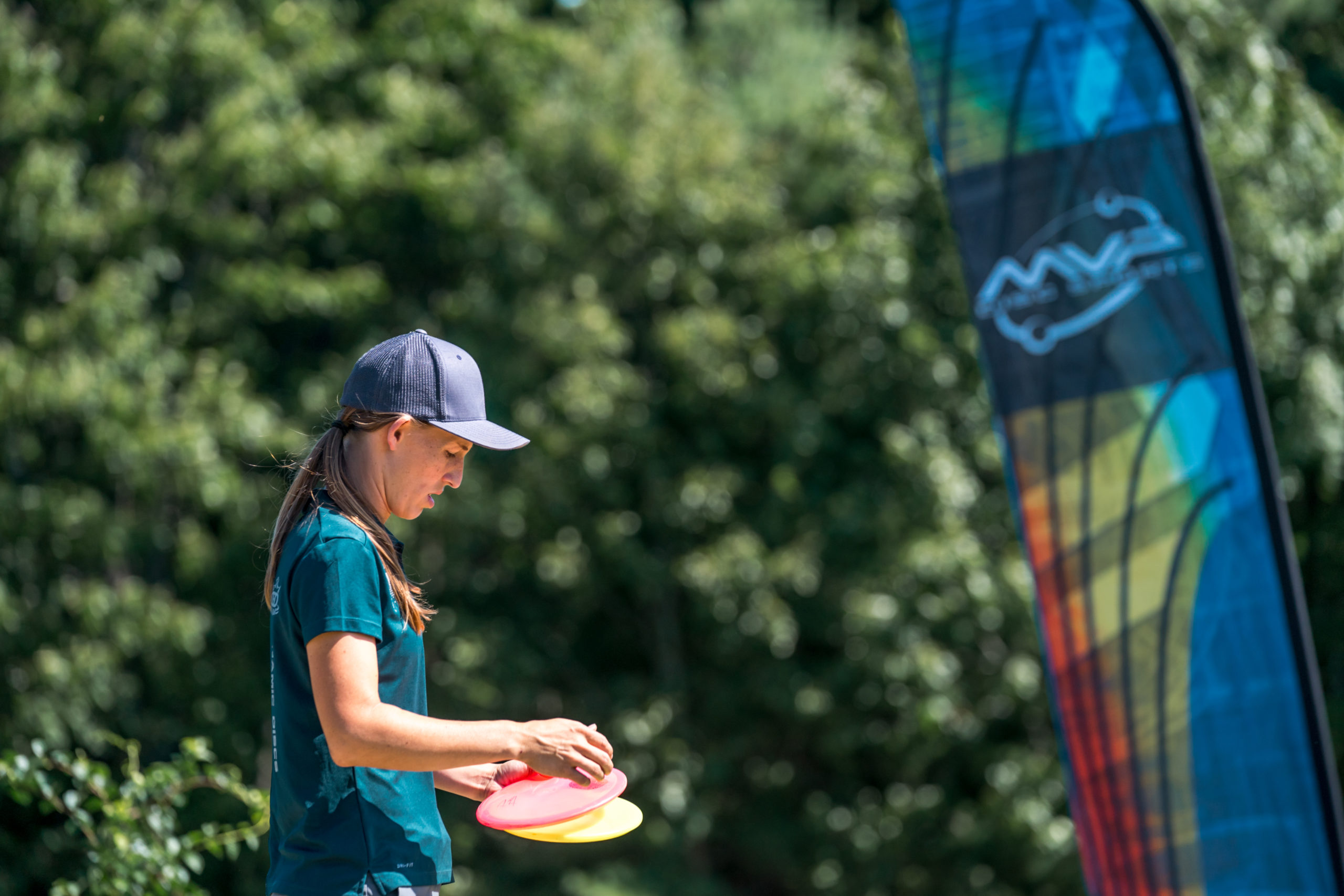 By Seth FendleySeptember 12, 2020No Comments

Moving day is in the books for the MVP Open at Maple Hill, and needless to say, there was quite a bit of movement. Both divisions saw players jockeying for position going into Championship Sunday, including lead changes on both sides.

The MPO division’s movement came from off the lead card on the chase and third cards back.

Even further back than the third card, though, was the Sunday wonder making moves. Chris Dickerson moved 21 spots up the leaderboard into a tie for fifth. Dickerson was one of only two players to finish the day bogey-free. Dickerson’s eight-under-par was one of the pace set today but was sadly not enough for him to make it to the lead card for tomorrow’s round. Keep your eye on Udisc and the live roaming cam tomorrow to see Dickerson try to make a move towards a podium finish.

Carding the hot round today was Ricky Wysocki. Wysocki finished nine-under-par after taking two bogey’s on the front nine and laying up on hole eighteen. When asked about his play, Wysocki commented, “I just played smooth. I think I had two bogies out there. Hole eight was the hole I cleaned up. I saved three shots there today by taking the par, so that saved me three strokes there.” Wysocki leads the event by three. When asked about his lead, Wysocki added, “I had no idea. I’m just playing my gameplan. I feel like I can be pretty consistent here, and if I can shoot nine here again tomorrow, I can win the tournament.”

Calvin Heimburg joins tomorrow’s lead card from the third card. Heimburg finished seven-under for the day, going bogey-free until hole eighteen. Outside of the bogey on hole eighteen, Heimburg will be looking to land some circle two putts tomorrow as he was zero for two today from circle two.

Staying on the lead card tomorrow will be Paul McBeth and Kyle Klein. McBeth and Klein switch spots as McBeth was able to get within three of the lead despite two double-bogeys. Those two double-bogeys were the difference between the lead and second place for McBeth. Both came after OB drives into the many ponds of the Maple Hill course.

For Kyle Klein, the story of his day was about maintaining. After carding a seven-under round yesterday, Klein was able to take a shot at first (sitting only two back), but those live-card jitters can get to a first-timer. Klein had his fair share of bogeys today but did not let that influence his play too much as he salvaged his round birdieing three of the last five holes. Klein sits in fourth only five back of the lead going into Championship Sunday.

Honorable mentions from moving day include Nikko Locastro and Josh Dibattista, who made moves up to the final round’s chase card. Further down the leaderboard were Jeremy Koling and Simon Lizotte, who moved up eighteen and thirteen spots respectively to be tied together in thirteenth place.

As always, the final round of the MVP Open at Maple Hill will be broadcast for free live on the Disc Golf Pro Tour YouTube channel and the Disc Golf Network. Coverage starts at 12:35 PM ET. Tell your friends because we have another Ricky and Paul battle shaping up for the final day!

Players continued to jockey for position as play moved over to the FPO side of the tournament.

Sarah Hokom was the tournament leader to start the round but relinquished her lead down the stretch. With her last birdie coming on hole eleven and a double-bogey on fourteen, Hokom’s lead began to slip on the back nine.

Passing Hokom on the back nine for the lead was Paige Pierce. Pierce recorded six birdies on the back nine to move into the lead. When asked about her round, Pierce said, “I feel very comfortable on this course, not just confident, I feel like the course loves me back. Every year I play night golf out here just to familiarize myself with the lines, holes four, five, and six…”

Pierce was able to overtake Hokom on hole seventeen and then walk away with the lead to close out the round. Talking about her almost yearly battle with Hokom at Maple Hill, Pierce had the following to say, “It feels familiar battling with Hokom out here at Maple Hill. She plays really good out here, especially on the front nine…but I just need to remain calm and know I play well on the back.”

Moving up one spot on the day was Lisa Fajkus. Fajkus had a rough front nine but evened out her play to card her second 60 in a row. If she can continue that consistency in the final round, she will have a pretty good look at a podium finish.

Jumping up to the lead card was last week’s standout, Hailey King. King started and ended her day with a bogey but went four-under-par on the sixteen holes in between. Her two-under-par performance was the second-best round of the day and puts her five back of the lead and only one away from third place going into Championship Sunday.

Tomorrow is the final round of the MVP Open at Maple Hill, and a new champion will be crowned. You can watch it happen live for free on the Disc Golf Pro Tour YouTube and Disc Golf Network! The coverage of the FPO division begins at 3 PM ET.