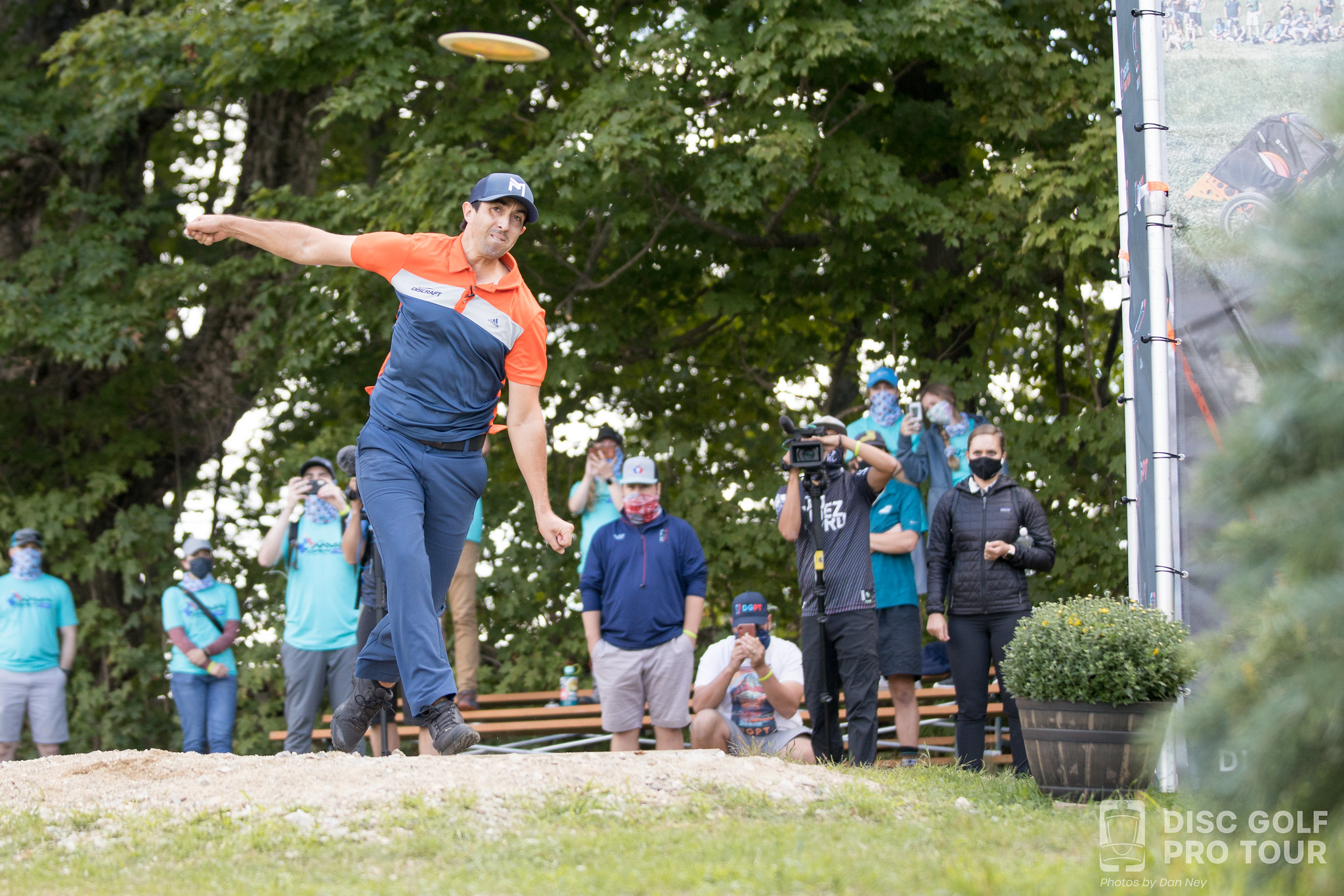 By Seth FendleySeptember 13, 2020No Comments

Championship Sunday is in the books at the MVP Open at Maple Hill, and the MPO division crowns its first back-to-back champion, and the FPO division was a race to the finish.

The MPO division started the day with Ricky Wysocki having a two-stroke advantage on Paul McBeth and the field. It was a battle early as McBeth and Wysocki went shot for shot. McBeth would card a bogey on hole five while Wysocki landed a birdie to create a four-stroke separation. McBeth would battle his way back and gain the lead going into the back nine as Wysocki carded back-to-back bogeys on holes seven and eight.

On the back nine, McBeth extended his lead to four as Wysocki struggled to get the birdies to fall. McBeth would finish the day with a throw-in birdie on hole eighteen to card the only double-digits under-par round for the weekend.

When asked about how it felt to be the first back-to-back champion, McBeth commented, “Feels good, it was a battle. I knew it was going to be a battle, and I just had to keep fighting out there. I didn’t really make any mistakes, and there’s only one I can think of—the upshot on 11.”

When asked about the atmosphere surrounding the event from the lack of spectators due to COVID, McBeth concluded, “It was a little bit odd, this is known for the crowds they bring out here. The players stuck around here on 18. You could hear them across on eleven practically. A little bit different atmosphere, but it’s still a fun track to play.”

Also on the lead card, Calvin Heimburg pushed to tie Ricky Wysocki for second place, but back-to-back birdies by Wysocki on holes seventeen and eighteen resulted in Heimburg settling for third place.

In fourth place was Kyle Klein. This is Klein’s first year on Tour after winning the National Amateur Disc Golf Tournament last year. Klein will make his way into the top 20 in Tour Standings with his finish.

Going into Championship Sunday, the stage was set for a battle between Sarah Hokom and Paige Pierce. Hokom started the day with a double-bogey on hole one and then had to claw her way back into contention for first. Hokom held on and tied it up on thirteen after Pierce took a bogey on twelve. That tie was short-lived, though, as Hokom carded a bogey on fifteen after missing the fairway on her drive. Pierce put her foot on the gas down the stretch, carding birdies on sixteen and seventeen to add two more strokes to her lead over Sarah Hokom. Pierce would proceed to walk in her win on eighteen. When asked how it felt to win, Pierce commented, “My heart’s beating really fast. It was intense the entire way. I was thinking about hole eighteen, and whether or not laying it up would be okay.” When thinking about the pressure of the final round, Pierce added, “Honestly any hole it’s like a two-stroke swing. I know how well Sarah Hokom plays this course, so every hole is important. It was very tough mentally.”

The competition moves to Maine for the final Silver Series event of the season next weekend. Watch for players to try and get some last-minute points as they compete in the Maine State Championships. Post-production coverage will be provided by the Disc Golf Pro Tour and GK Pro. Stay tuned to both outlets for coverage of next weekend’s event.