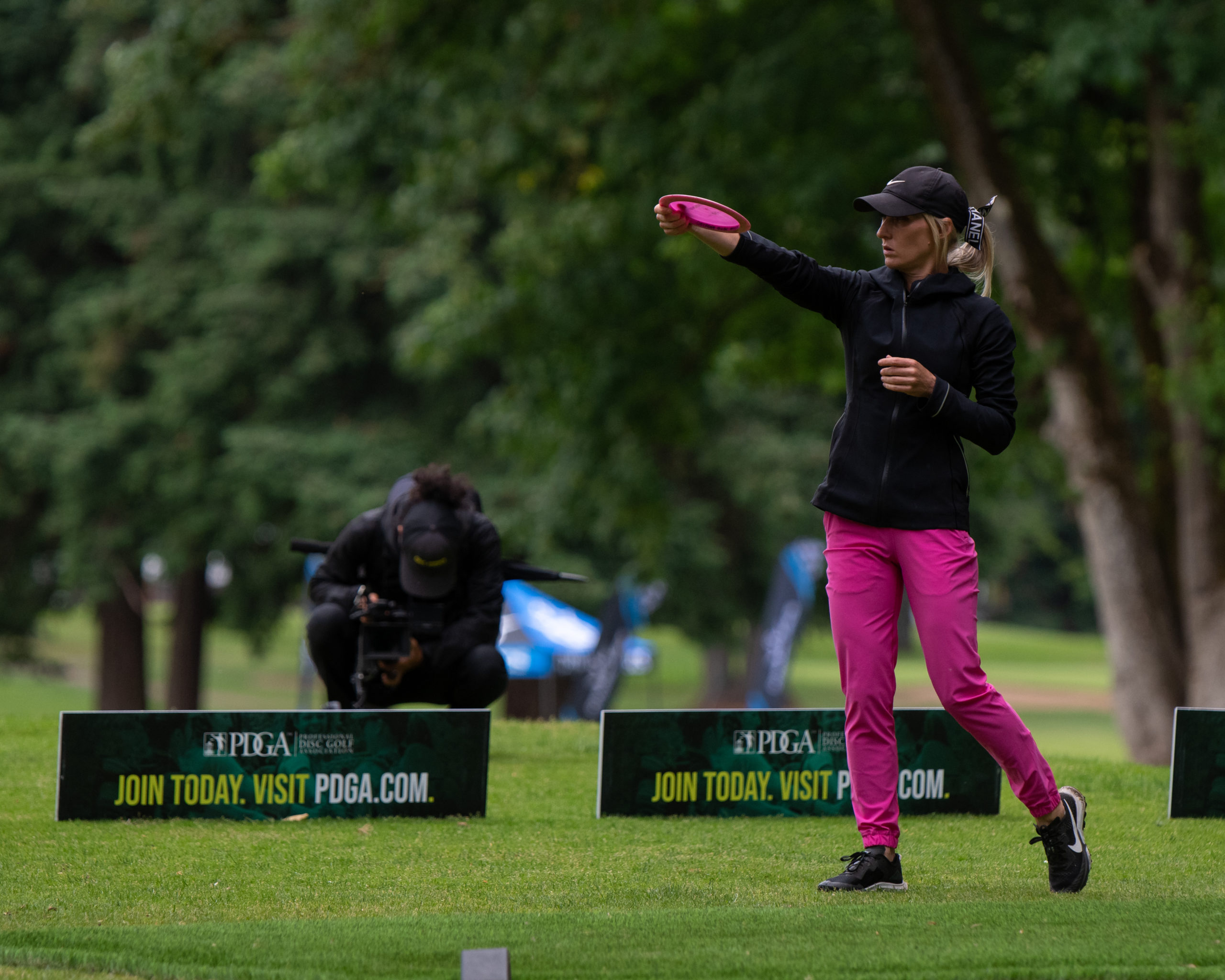 Anticipation is at an all-time high as the Beaver State Fling makes its triumphant return to the Tour this weekend. Canceled in 2020 due to COVID-19 precautions and in 2021 due to extreme weather damage on the course, players are itching to return to this beloved course.

Originally designed in the 70’s as a ball golf course, Milo McIver has a unique layout that feels both open and wooded. Enormous trees are scattered across what would otherwise be wide open fairways, creating challenging lines and low ceilings for players to maneuver. The course also has its fair share of true wooded holes, making some tree kicks and scrambling inevitable.

The pros will play three rounds across the East and West layouts designed specifically for the event.

With the past two years off, the Beaver State Fling hasn’t crowned a champion since 2019. Eagle McMahon narrowly defended his title that year, defeating Seppo Paju by a single stroke. Paige Pierce battled it out with her familiar opponent, Catrina Allen, and secured the win by three strokes.

With both defending champs absent this time around, there is sure to be plenty of drama at the top.

Here’s how to catch the action this weekend:

Note: As a Silver Series event, only the final round on Sunday will be streamed live on DGN.

As a Silver Series event, there will be NO live coverage on Friday and Saturday. Live coverage for the final round on Sunday will be streamed on DGN. Post production of all rounds will be released the next day on DGPT’s YouTube channel as soon as they are available.