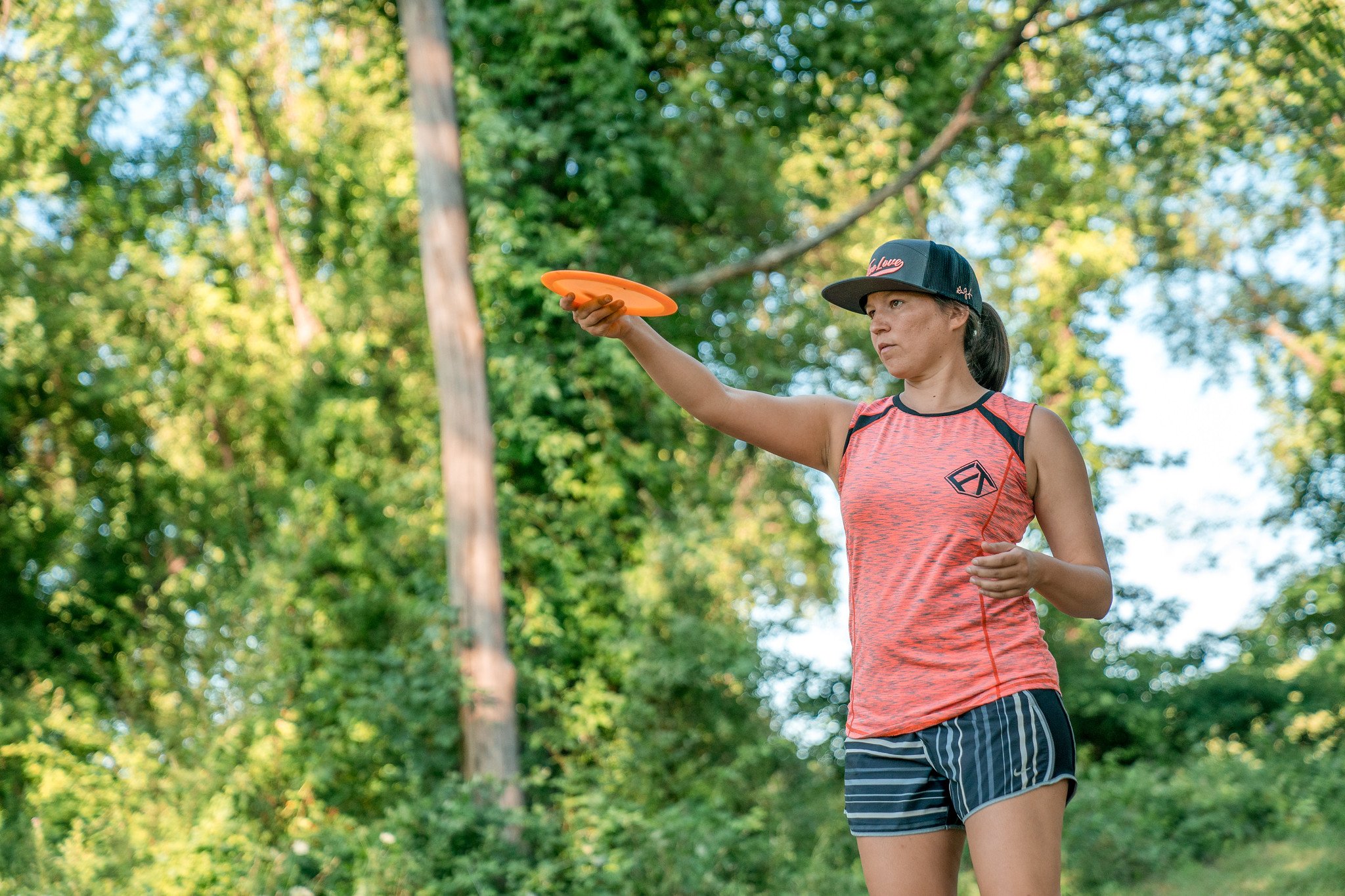 Moving day at the 36th Annual Mid-America Open presented by Discraft provided smoother sailing for players as weather was not an issue. Players were able to play all eighteen holes on the course, which some took advantage of to lower their scores.

In the FPO division, Courtney Cannon started the day with the lead. Looking to defend her title this weekend, Cannon could not build much separation on the field. Lisa Fajkus was one-under-par through twelve and was able to use that success on the course to pass Cannon for the lead.

Kat Mersch was also in the hunt today but then carded four bogeys in a row to finish the day and drop out of contention for the lead.

A two-player race for first tomorrow could come down to the wire on whether Cannon or Fajkus will win. Make plans to follow along live on Udisc and watch for post-produced coverage of the round from GK Productions early next week.

The MPO field saw one player separate themselves from the pack while others sought to recover from the unfavorable scoring conditions from yesterday.

Kevin Jones currently leads the tournament by eight strokes. Jones shot a course-record -9 under-par today. With his sizeable lead, he will be looking to cruise to victory tomorrow afternoon.

Paul Ulibarri came out gunning for the course record (previously -8) but ultimately fell one short of tying the record. Nikko was also in line for a potential record-setting round but carded a double-bogey on eighteen to move him down to third on the leaderboard. Rounding out tomorrow’s lead card will be Adam Hammes.

You can watch all of the action from today’s round (MPO and FPO) on GK Productions and Under Par Productions on YouTube soon!