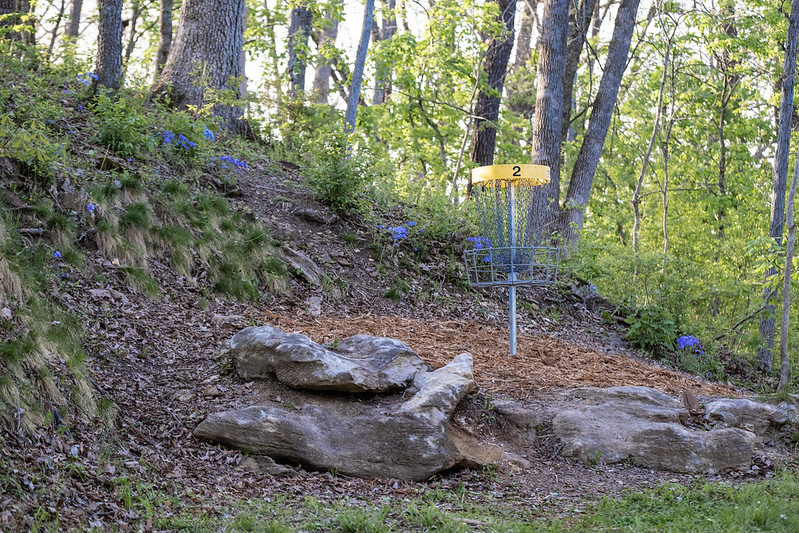 By Jared DiMascioApril 23, 2021No Comments

With the flooded Harmony Bends course left water-logged, The Joe Machens Toyota’s Mid-America Open, presented by Discraft, had to be shifted just down the road to the Albert Oakland Back Course. A smaller and shorter course filled with par-3’s, the new venue for the Silver Series event proved to be little trouble for much of the MPO division, as there are 20 players within two shots after round one.

Two of the four players leading the pack, Dickerson, and Gibson shot -9 in the first round of the Mid-America Open

Four players ended their first-round tied for first place, Paul Ulibarri, Drew Gibson, Chris Dickerson, and Joel Freeman. Dickerson was the only one of these top finishers to not card any bogey and was also 100% from C1. Ulibarri cleaned up from C2 range, hitting 75% of those putts. Gibson and Freeman both had more birdies than Ulibarri and Dickerson, but a pair of bogeys each kept them from gaining any extra ground.

While all four players shot an impressive round, there are 16 other players all within 2 strokes heading into the second day of competition, with many more just a few strokes beyond that. Nikko Locastro, Michael Johansen, and Emerson Keith all finished -8 and will be players to watch from the chase card tomorrow. Locastro started the round with three C2 putts for birdies but cooled off a bit before grabbing 3 out of the last 4 to end the round. Keith saw a lot of blue on the scorecard today, birdieing 9 out of 10 holes in the early and mid part of the round, but unfortunately sandwiched that stretch with a pair of bogeys.

Nikko Locastro played a clean bogey-free first round to finish one stroke behind the leaders.

Other big names near the top of the scorecard that will be looking to make a push on Saturday’s round are James Conrad, Jeremy Koling, Kevin Jones, and Nathan Queen, who all shot -7, and Nate Perkins and Philo Brathwaite, who came in at -6 on the day. Paul McBeth and Ricky Wysocki did not compete.

The FPO division also saw a four-way tie for first place, with Missy Gannon, Heather Young, Ellen Widboom, and Deann Carey all shooting par for the course and finishing the day at even par. Young, Widboom, and Sarah Gilpin, who finished at +1, lead the division in C1 putting, with Gannon just behind.  Carey, Gannon, and Young all carded a few birdies with a few bogeys to offset them, but Widboom played the most consistent with 16 pars on the day.

Missy Gannon sits tied atop the leaderboard after round one, continuing her dominance from six top-10 finishes in a row on the Disc Golf Pro Tour this season.

Heather Young lead the FPO division with 92% C1 putting in round one, which helped earn her tied for 1st place.

While only two players are within two strokes of the leaders in the FPO division, players like Vanessa Van Dyken and Rebecca Cox will be playing chase and if they can clean up a few bogeys from round one, they will be looking to fight for the leaderboard in round two.