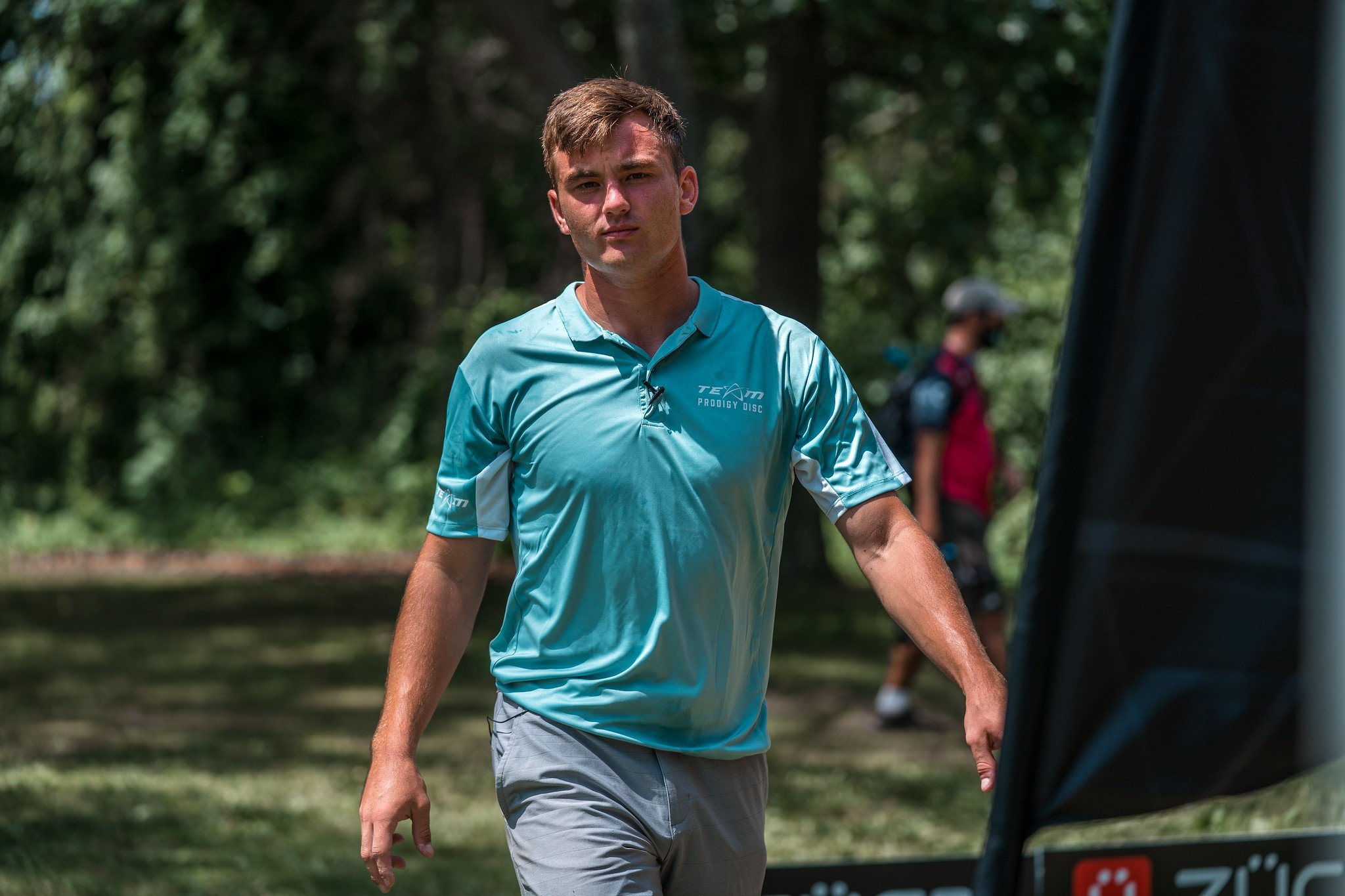 By Seth FendleyAugust 3, 2020No Comments

The weather was not on the players’ side this weekend as it shortened the final round of the Mid-America Open. With overnight rain and more in the forecast, the decision was made to reduce the round to fourteen holes.

The FPO division was a battle as defending champion Courtney Cannon sought to win her third Mid-America Open in a row.

Cannon started the day one throw off the lead. She was able to regain the lead down the stretch and put herself in a good position for the three-peat. However, after the walk from 17 over to four (due to the modified layout), Cannon could not catch a break.

Throughout the weekend, Cannon’s main competition was Lisa Fajkus. Cannon and Fajkus would trade the lead back and forth several times. It would come down to the second-to-last hole when Fajkus had a thrown in birdie from 104ft. The birdie would give her a two throw advantage going into the final hole. With a straight drive off the tee, Fajkus was able to take an easy par and the victory.

In the MPO division, Kevin Jones had all but sealed his victory with an eight throw lead. The story of the day would not be so much Jones’s victory but the weather. Though the round had already been shortened to fourteen holes, the top men’s cards could not finish before a nasty storm hit the course.

Based on the lightning in the area and the incoming rain, the decision was made to cancel the round. It was not safe for players to stay in the area, and with rising waters, there was no safe way to finish the round before sunset. Due to PDGA rules, this resulted in only nine holes being counted for scores.

In playing only nine holes, this left Paul Ulibarri and Nikko Locastro in a tie for third with Adam Hammes rounding out the podium in second place.

Coverage of the event can be found on GK Productions and Under Par Productions YouTube channels. The next Disc Golf Pro Tour event happens this weekend at the Idlewild Open presented by Dynamic Discs and the Nati Disc Golf.