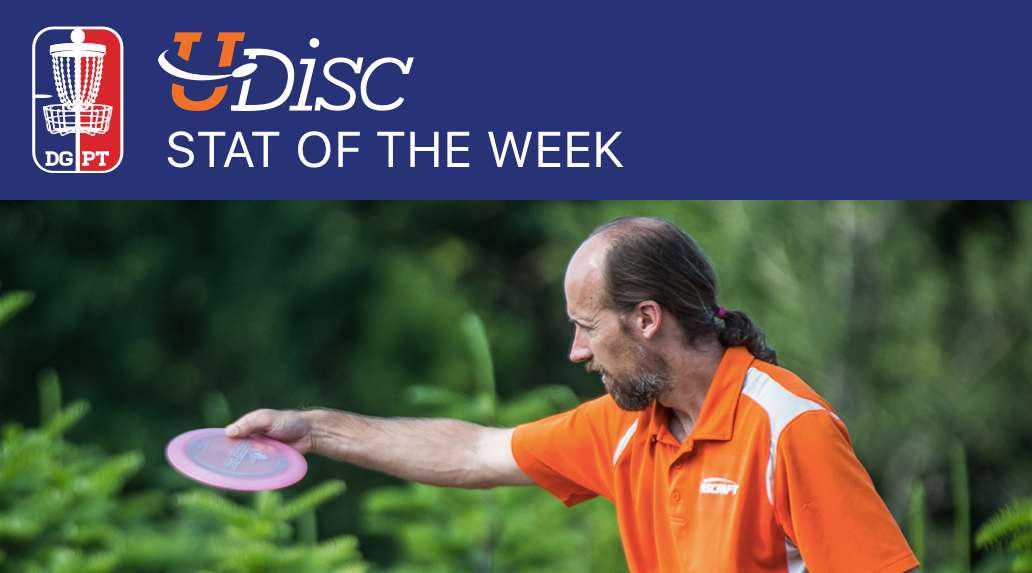 Defining Scramble The Scramble stat tracks a player’s ability to recover from an off-target drive and avoid carding a bogey. On the Disc Golf Pro tour, whenever a ​
player misses Circle 2 in Regulation (par-2 throws), they’ve entered the Scramble zone.
Circle 2 represents a 20m/66ft circle around the basket. Par 3 holes have just one throw to reach Circle 2 in regulation (one ‘drive’). If the tee shot lands farther than 20m from the basket they have a scramble opportunity. On par 4 holes, players have two ‘drive’ throws to reach C2 in regulation.
Success when scrambling means saving par (or better) and a scramble miss is recorded otherwise. The scramble stat tracks scrambles made divided by the number of holes where a scramble is possible.

Superior ScramblingAcross the full 2016 Pro Tour Season, the competitors made 12,142 scrambles out of 21,305 opportunities averaging just under 57% scramble percentage. Filtering to the DGPT Touring Pros , the scramble percentage improves to 66%. Only one player topped 80%.
Michael Johansen , with success in 83 out of 100 scramble opportunities, earns the title of 2016 Pro Tour Scrambler.

Johansen not only dominated the overall season scramble percentage, he topped the category in 3 of the 4 events he played. Ledgestone’s punishing stroke and distance OB rules at the Eureka Temp course accounted for over half of MJ’s scramble misses all season.

Johansen’s scramble skills helped him achieve the lowest bogey rate for the tour. Johansen scored above par less than 6% of holes played – a full 1.5% better than his nearest competitor.

Viewing StatisticsScramble stats for every player are available on http://udisclive.com/stats . Click on the column headers to sort and click on the player name to view their scramble stats for the full season, or by tournament, round or individual hole.
One other interesting observation – the lowest scramble percentages among the touring pros tend to be the younger generation with Eagle McMahon , Peter McBride , Colin Bailey all below 60%. This may suggest that the more experienced touring pros perform better under pressure and can save par more often when they have an errant drive.
When viewing a player’s detailed scorecard the scramble row will have a mark whenever the player missed Circle 2 in Regulation. A checkmark signifies a successful scramble and an X represents a missed scramble.

Stay tuned next week for a feature on the only player to always play on the lead card. Can you guess who it was?