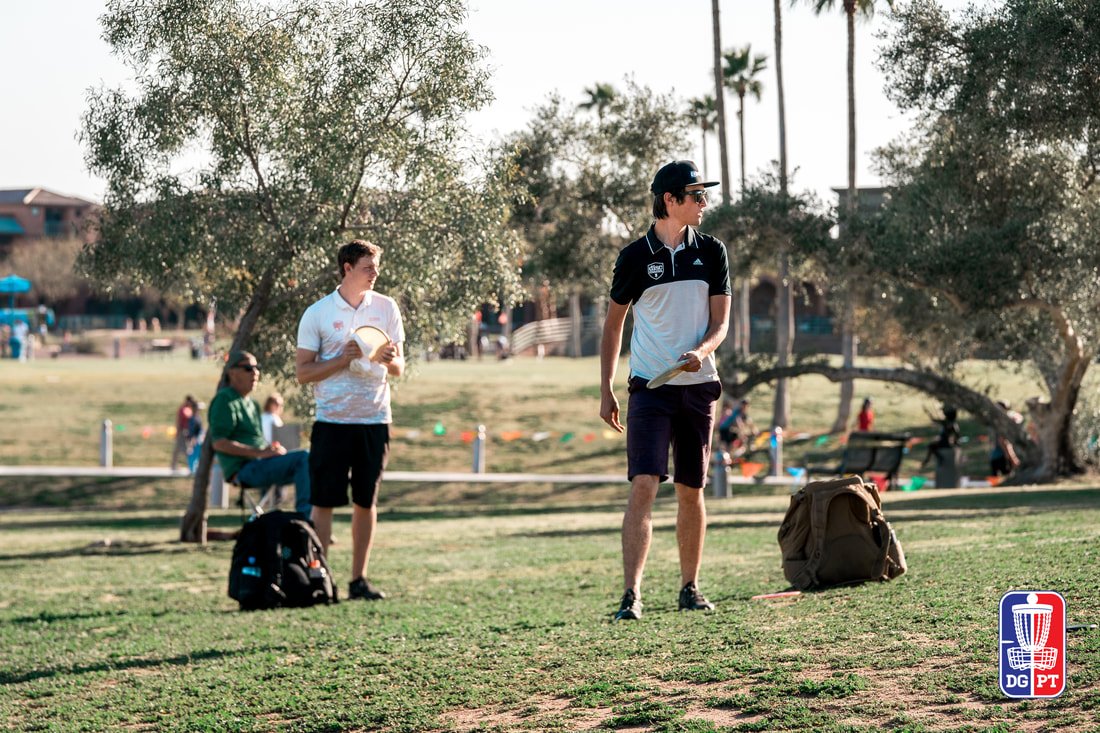 Memorial Championship – MPO Final Round Recap: Another Hot Start to the Season for Eagle McMahon

​Open skies and fairways often make for hot scores, and the Memorial Championship presented by Discraft provided exactly that. This year’s MPO winner is Eagle Wynn McMahon at 49 under par. He didn’t string it together wire-to-wire, but by the end of round three, he had secured a lead over Simon Lizotte that he would never let go of. As the defending champ, Lizotte was more than likely to be in the mix at the top, and he certainly didn’t disappoint, wrapping up the tournament at one better than his showing in 2018 with a 45 under par. Not far behind him in third was Jalle Stoor finishing the event at 43 under par. Paul McBeth and Ricky Wysocki did their best to charge for their share of second. Even without either of them throwing a single bogey today, they were held at bay and tied for fourth at 42 under par.

Friday afternoon, probably around 5:30 PM EST – that’s the list time Eagle McMahon threw a bogey, and the only time he did it this weekend. Taking a look at his four rounds for the week looks like a traffic jam of blue boxes. There were only a few moments where he even carded more than one par in a row. The best chain he strung together was undoubtedly his back nine at Fountain Hills during round two. It was perfect nine birdies, all in Circle 1, five of em’ parked. He might have been just behind Lizotte during the first two rounds at Fountain, but his determination to win the event was clearly unflinching as he started the whole thing with an almost flawless first front nine. Of course, hole 9 (the only hole McBeth missed on his historic 17 under round) ended that first streak, but he had plenty left, stringing together six birdies or more in a row four times this weekend.

Obviously, if you win the event you are going to rank pretty high on most of the stats that UDisc tracks, but if you take a look at Eagle’s you’ll see the value of a well-rounded game. Once we switched over to tracking Circle 1x Putts (so not including tap-ins under 15’) it would make sense to see the benchmark for ranking high fall a little. I guess Eagle didn’t the message, placing second in Circle 1x Putts at 97%, he should probably try putting left-handed though, because it’s southpaw Chris Clemons that kept it 100 in Circle 1x Putts this weekend. But I digress, I could keep telling you how well he shot or you could just take a look for yourself:

First rank in birdies usually translates to a win, but don’t let that distract you from the fact that Eagle birdied two out of every three holes.
If you haven’t been following along, spoiler, Simon Lizotte start this event hot, and honestly, he never let the fire cool. It was just Eagle who stoked his flames when Simon’s flickered, but at the Memorial, you just can’t slip if you want to seal the deal. By the end of day two, Eagle was certainly close to Simon (he was practically his shadow for the first two rounds) but the odds still seemed to be in Simon’s favor as his momentum had no signs of faltering. Two rounds in the books at Fountain it was time to move on over to Vista and that’s where Simon first encountered trouble. By the end of hole six, Eagle had taken one with a birdie on hole 5 and Simon had given him another with a bogey on hole six.

They battled neck-and-neck until disaster leapt up to catch Simon on hole 16. Both Simon and Eagle opted for the forehand, it’s definitely the safer shot to trust, but as Eagle’s drive showed when you play the angle into the hill instead of with it, you run the chance of a roll away. Simon kept it out a bit wider and left himself a clean putt, little did he know the mess he was about to be in. The putt looked good enough, albeit a bit left, but it was good enough to stick, flipping out of the chains and onto the slope. A wobble here, a wobble there and a rollaway would define the day. All of a sudden Simon was carding a double bogey after drawing at least half the chains on his birdie putt. After two clean rounds at Fountain, Simon carded two three bogeys and a double bogey in two rounds at Vista. That’s all five of the throws he would have needed to best Eagle. Instead, it ended up being the cushion that let Eagle play safe for the last handful of throws at Vista. Even if he was trailing Eagle by a few too many after round three he still had to worry about securing second place.

And Eagle McMahon wasn’t the only podium finish to get there almost entirely clean through the weekend. Jalle Stoor also hasn’t bogeyed since Friday afternoon where he carded his only Bogey of the even on a historically challenging hole – Fountain Hills Hole 9. Most of the field would probably be more than happy to have finished the tournament with a three and a four on hole nine, that’s just how tough the peninsula is to stick your drive on. Jalle certainly kept the birdies pouring down but he just couldn’t compete with the torrential flow Eagle had unleashed. Stoor did keep Lizotte on his toes for the final round though.

If you are hankering for a birdie-fest then re-watching this year’s Memorial Championship presented by Discraft is the stuff dreams are made of. Between Eagle and Simon and the cast of pros that joined them on the lead card over the four rounds. We might not have caught it on camera but before we close this out, we’ve gotta celebrate Morgan Rasmussen’s 255’ ace on hole 13 at Fountain Hills, Steve Rico’s 375’ ace on hole 14 at Fountain too. And it wouldn’t be a Pro Tour event without at least an eagle or two so big props to Anthony Barela for his 60’ to follow up his almost 600’ drive on hole 10 at Vista. The action may be over here in Arizona but we won’t be gone for long as in only two weeks we’ll be in Waco Texas for the Waco Annual Charity Open. Make sure to keep checking back here and follow us all over social media to get hyped for the second stop of the 2019 Pro Tour. Congrats Eagle!!!