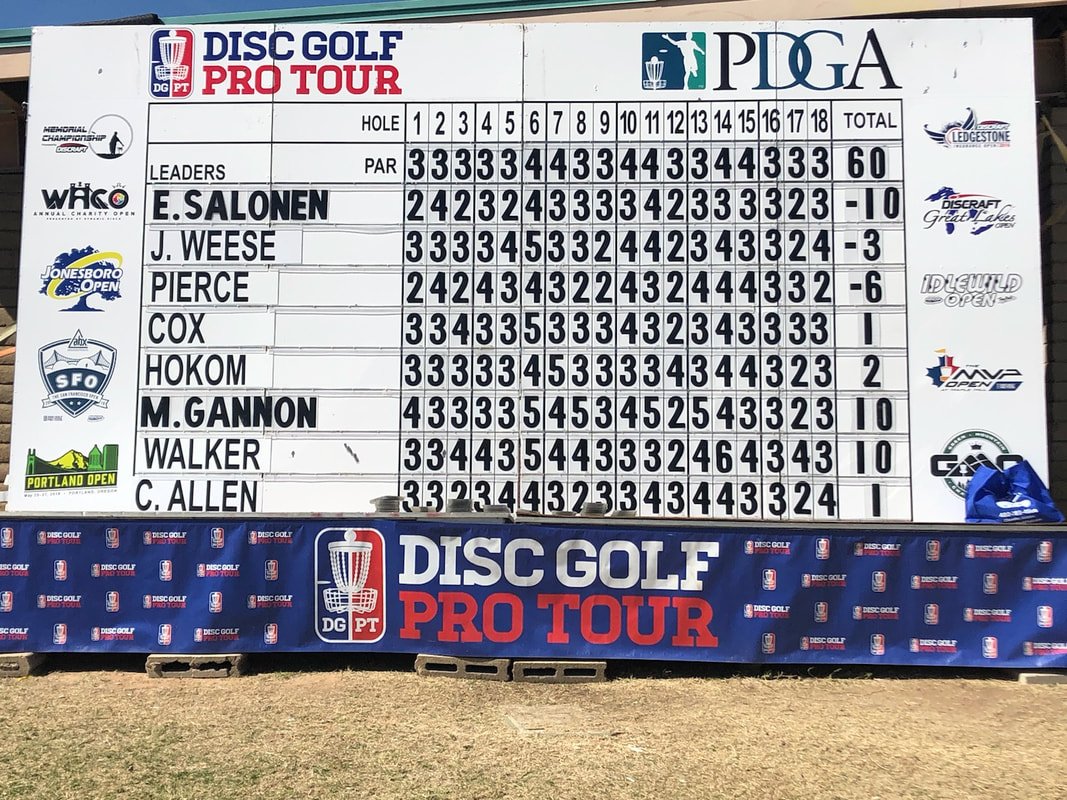 ​The Memorial Championship presented by Discraft is wrapped up for the FPO division, and a new winner has been crowned. Going into today, it seemed like Jessica Weese, and Paige Pierce were the only two players within striking distance. Starting the day only one throw back from Eveliina they both had a shot at taking the title.

Paige and Eveliina started the day going shot-for-shot with both players gunning for the prize. Paige put together a string of birdies to finish the front nine and move within one of Eveliina however, Eveliina always had an answer. As the play moved to a close Paige had more pressure to score and catch up. On hole 13 Paige’s drive hit an early tree, and she was unable to make her par-saving putt which moved her to three back from Eveliina. On hole 14 Paige ran her putt for eagle but hit a tree and ultimately had to settle for a par practically sealing her fate.

One player off the lead card who played hot today was Catrina Allen. Catrina carded a four down which allowed her to move up two spots and into fourth place. Catrina birdied holes seven through ten to put together her run up the leaderboard. With three OBs on the back-nine, she could have almost caught Jessica for third. This is the level of play that we expect from Catrina, and we look forward to seeing more of that at our future Pro Tour stops.

The story of the weekend though was Eveliina Salonen, the first European FPO champion of The Memorial. Eveliina started the tournament in the six-way tie for first and stayed in the hunt throughout the event. Her consistent play at Fountain Hills (even par both days) allowed her to turn on the heat when we made the transition over to Vista Del Camino. Coming into the day, yesterday Eveliina was three throws behind Paige Pierce. Paige would take a quadruple bogey on hole 18 which gave the lead back to Eveliina going into the final day.

As mentioned earlier, Eveliina and Paige went throw-for-throw early on in the round, but on the back nine Eveliina began to pull away from the rest of the field. Birdieing five holes on the back nine and shooting -8 on the day, this was the hot round everyone was watching for from the FPO division all weekend. It was exciting to watch, and that was noted by the 4,600 concurrent viewers who tuned in to the live coverage making it the most-watched live FPO round in disc golf history.

The next stop on the Disc Golf Pro Tour will be the Waco Annual Charity Open which will take place March 14-16th. Make plans to tune in and watch!