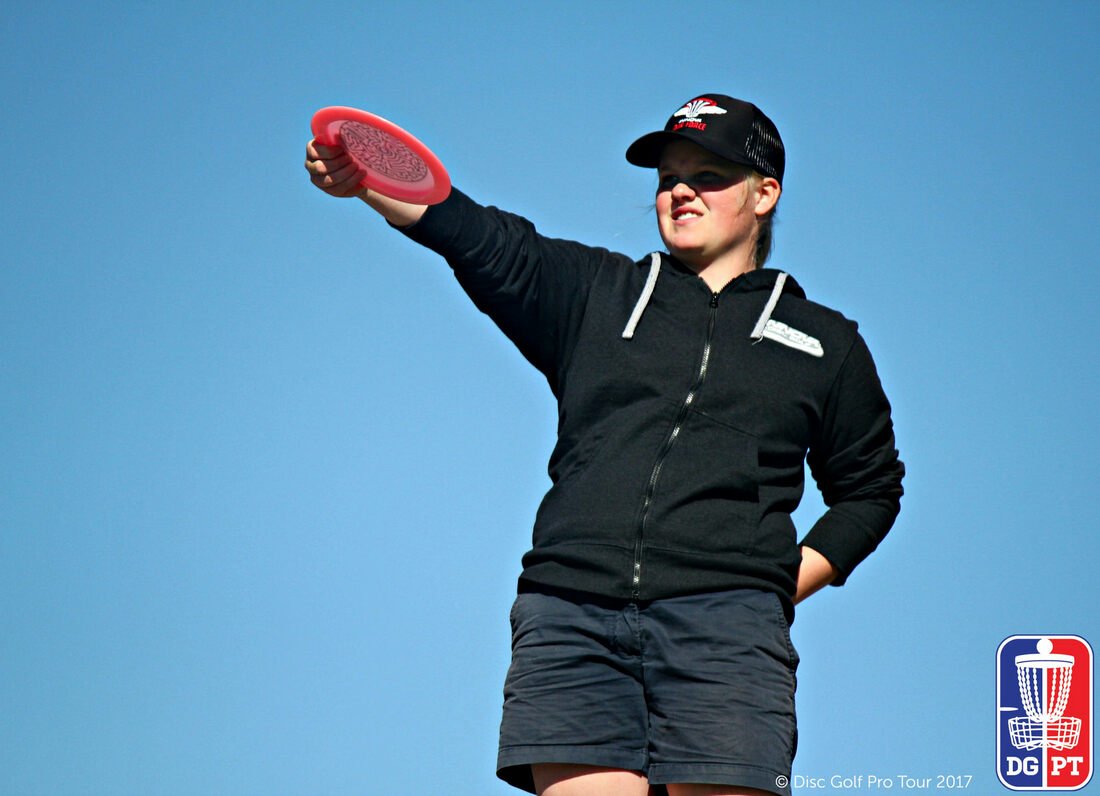 ​Day Three of The Memorial Championship presented by Discraft is in the books for the FPO division. Going into today players knew moving day carried importance due to the cut going into the final day. The field goes from 32 to 13 for tomorrow so the players who were on the cut line needed to make moves if they wanted to be playing for the cash tomorrow.

There were a few players who did just that, Madison Walker and Paige Bjerkaas started the day below the cut line, but both were able to move up seven and six spots respectively. Madison Walker only took one OB on the day on hole five; she then proceeded to three-putt hole six. By removing those three strokes, Madison would have been -7 on the day finishing the day at even and solidly on the lead card. While that did not happen, Madison showed she has what it takes to make moves at the Vista Del Camino Course. Paige Bjerkaas was a little bit lower than Madison when she started the day and played an even-par round to move up into 10th place. Paige was 0-4 on her C2 putting for the day, she will be looking to reign in her putting and hopefully climb up a couple more spots during the final round of The Memorial Championship tomorrow.

Two other players who made moves today were Sarah Hokom and Rebecca Cox. Both of them moved up five spots to finish in a tie for fourth place going into the final round. Rebecca could have had a solo fourth place standing had she not gone OB and two-putted on the final hole. While both players are sitting five throws back from the lead, they are still in the hunt and will be jockeying for position during the final round.

The lead card today played up down golf which ultimately did not produce too much movement. Missy Gannon started the day playing par golf, but as she moved to the back nine of the Vista Del Camino course, she began to struggle with keeping the disc in bounds, going OB four times in the round. Missy would end up shooting +3 on the day which dropped her two spots down to the chase card for tomorrow.

Paige Pierce made a move today but in the opposite direction of where she needed to go.  Paige started the day with a double bogey and finished with a quadruple bogey. On the sixteen holes in between, she carded seven birdies and three bogeys. At one point Paige had four throws on the field, however, after missing the green twice on her drive on 18 Paige’s lead slipped away and Eveliina Salonen moved into first place.

Eveliina has been in contention all week and today was her first time on the lead card. On the lead card, Eveliina took two bogeys on holes six and eight which gave off the impression that she might begin to struggle. However, both of her bogeys were bookended by birdies. Eveliina would take one more bogey on thirteen before landing birdies on three of the next four holes. While Eveliina finished -2 on the day, there are several places where she could improve and find success on the final day of competition. Eveliina’s scramble rate was 57%, her C1 putting 60%, and C2 putting 13% – with improvements in one or each of these areas Eveliina could do well enough to hold off any potential advances from players below her in the field.

Today provided another great round of disc golf for all of the FPO competitors. With a smaller field tomorrow it will be up to each player to determine where they will finish in the cash. Based on today’s play the podium is still there for the taking. Make plans to tune in at 10 AM ET to see how all of the action unfolds!