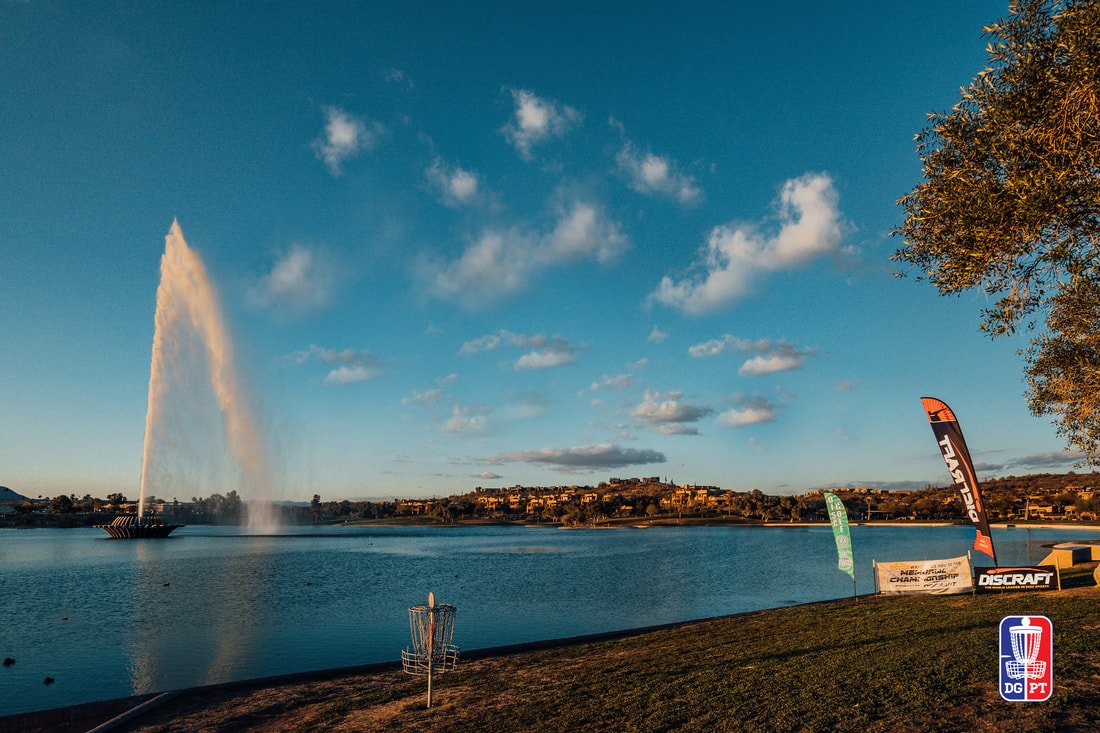 ​Fountain Hills is one of the most iconic disc golf courses on tour. When the fountain is on it provides some of the most picturesque photos of park style golf on tour. Not only are the pictures great, but the scoring possibilities are just as plentiful.

In the FPO division today the scores were close in the top half of the division, leaving plenty of opportunities for players to make moves as the tournament progresses. Maria Olivia, Eveliina Salonen, and Missy Gannon are all new(er) names that are in a six-way tie for first place. Not too far behind them are other fresh faces like Callie McMorran and Hailey King who are only two throws behind the six-way tie. With such a close race in the FPO division watch for players to try and separate themselves from the pack during round two of The Memorial Championship presented by Discraft.

In the MPO division, the scores started to heat up as the temperatures rose in the afternoon. Sias Elmore made his way into the clubhouse with a -12 early in the day. His lead held for most of the day with several players getting close but not quite reaching him. There is a seven-way tie for eighth place at -10 which includes names like Seppo Paju, Patrick Brown, Steve Brinster, and Cale Leiviska.

The real story of the day happened on the live feature card which saw Simon Lizotte gunning for his second Memorial title in as many years. Simon shot a scoring -16 which was unofficially rated 1110. On his heals on the live card was Eagle McMahon who carded an 1101 rated -15. By setting the pace, it will be interesting to see how the rest of the field tries to catch Simon and Eagle tomorrow on the Fountain Hills course.

Tomorrow is the last day at Fountain Hills before the tournament moves over to the Vista Del Camino course for the last two days of the competition. There has been plenty of excitement so far; it should be exciting to see how everything unfolds over the next three days. Make plans to tune in and watch live with the FPO live card starting at 10 AM ET and the MPO live card beginning at 4:45 PM ET.