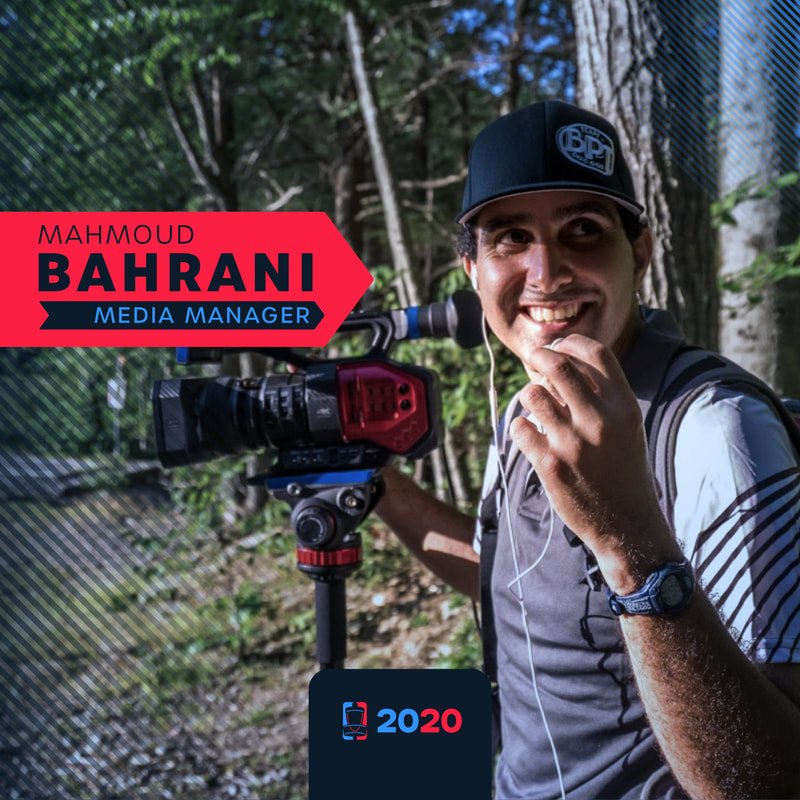 By Seth FendleyJanuary 14, 2020February 5th, 2020No Comments
January 14, 2020 | Jeffersonville, VT | For Immediate Release
The DGPT is pleased to announce the hiring of Mahmoud Bahrani to fill the role of Media Manager for the Disc Golf Pro Tour. Mahmoud, also known by some in the industry as “Moe”, will work with Tour Director Jeff Spring to oversee the development of the DGPT Media Strategy, and to lead the media team in its execution of all media related tasks. “I’m thrilled to bring Mahmoud on board to lead the media team for the Disc Golf Pro Tour. His unique blend of skills and experience combine with an unrelenting passion for the growth of the sport and an impressive work ethic to create an ideal candidate for this position.”

Mahmoud has a love and passion for disc golf that motivated him to dedicate 2019 to traveling across the country shooting, producing, and doing commentary for large disc golf events. During his work as a freelance media professional he gained experience working with Central Coast, JomezPro, The Disc Golf Guy (Terry Miller), as well as the Disc Golf Pro Tour and Smashboxx at the MVP Open and the Green Mountain Championship. In addition to video production, Mo has contributed to UDisc and Ultiworld as a writer, developing his podcast “The Inside Line” for the latter of the two disc golf stalwarts. Moe is excited for his new role, sharing that “this is a really exciting time for disc golf, and I want to be right in the middle of that excitement helping the Pro Tour and disc golf grow through media.”

Mahmoud has worked as a professional in the media industry since shortly after graduating from the University of Chicago with honors in 2012, where he served as the sports editor for “The Maroon”, the independent voice of the University of Chicago. After graduating, he signed on with ESPN, where he worked for over five years. During his time at the “Worldwide Leader in Sports”, Mahmoud worked across several shows and sports including College Football Saturday, the WNBA playoffs, and ESPN’s flagship show Sportscenter. His most notable and voluminous work came on the Emmy-nominated NBA show “The Jump” hosted by Rachel Nichols where he served as a line producer, wrote copy, built graphics, edited video and created segments.

Mahmoud will lead the continued development of the DGPT’s live broadcast as the Tour looks to improve and expand the production in collaboration with Smashboxx. The DGPT is also nearing an announcement regarding a new media platform for 2020 in the coming weeks which will feature new content including episodic shows focused on touring professionals, event previews and analysis, along with human interest stories and interviews. Mahmoud will develop associated content and oversee other media areas such as podcasts, articles, and social media. Mahmoud can be contacted for media related inquiries via email at mahmoud@dgpt.com .