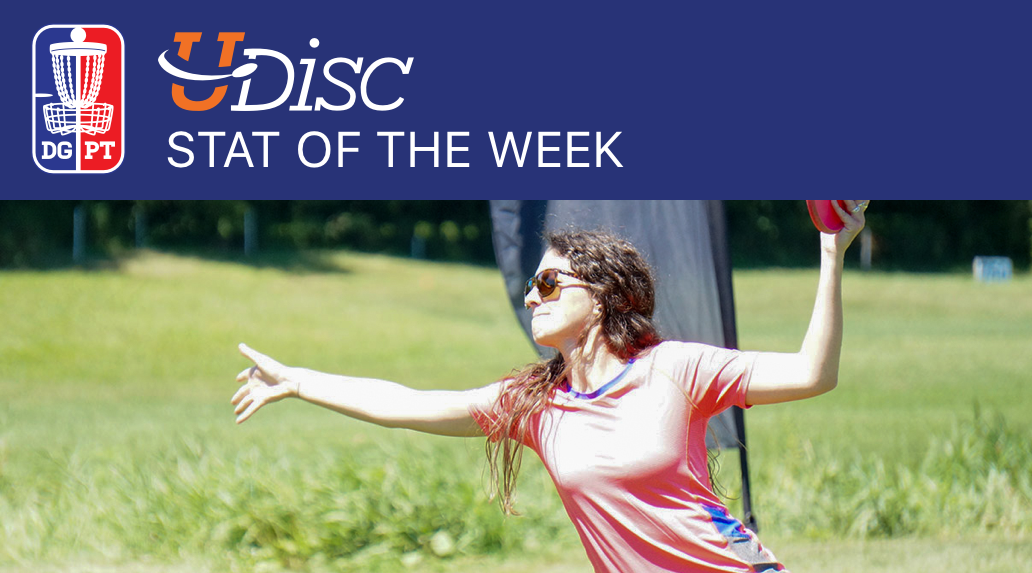 Madison Walker played the best round of her career in the second round of The Memorial Championship Presented by Discraft. Walker shot a 2-under-par 53 ​
on the Fiesta Lakes course topping the FPO field with the hottest round of the day. The PDGA unofficial rating for her round is 1001 , the highest rated FPO round of the tournament.
Let’s take a look at Madison’s detailed scorecard from her UDisc Live profile to gain insight into how she fared throughout the round.

For more information on the statistics and what the scorecards symbols mean check the UDiscLive.com/about page.

Madison started her round on fire, birdieing 4 of the first 5 holes and moving up the leaderboard fast. On hole 12, Madison drained a Circle 2 putt from 49 feet, her second made C2 putt of the round, putting her 6-down thru 12 holes. The only minor blemish on her scorecard at this point was a missed Circle 1 putt on hole 9. Madison would’ve been in the top 10 for MPO at Fiesta Lakes thru 12 holes.
Madison cooled down on the final stretch of the course – landing OB twice and missing two more Circle 1 putts. The OB and missed putts also caused her prefect 100% scramble recovery rate to drop down to 80% for the round.
Madison’s great play moved her from the third card to third place in the FPO division. She also earned her first career DGPT Lead card appearance. Walker’s round was one stroke better than Memorial champion Paige Pierce , who shot the hot round for the other 3 rounds of the tournament.
Making this feat even more impressive, Madison was also battling illness for the entire tournament. Madison had to withdraw from the tournament the final morning. As she had already made the cut after round 3, she received tour points for a 12th place finish .

Improving on 2016Madison earned the 2016 DGPT Rookie of the Year title for her breakout play in the inaugural DGPT season. With only a few rounds played in 2017, she’s showing improvement across the board in the stats tracked by the pro tour. The only lower number on her stats card is her bogey rate.

Madison has the best Circle 1 and Circle 2 putting percentages in the FPO field. Her Fiesta Lake performance shows she can compete with the top female pros and she will be someone to continue watching this season.
Madison will be back in action for the second Disc Golf Pro Tour Stop this weekend in Waco, TX. Make sure to follow Madison and the rest of the FPO and MPO fields on UDiscLive.com and watch live coverage on dgpt.com .