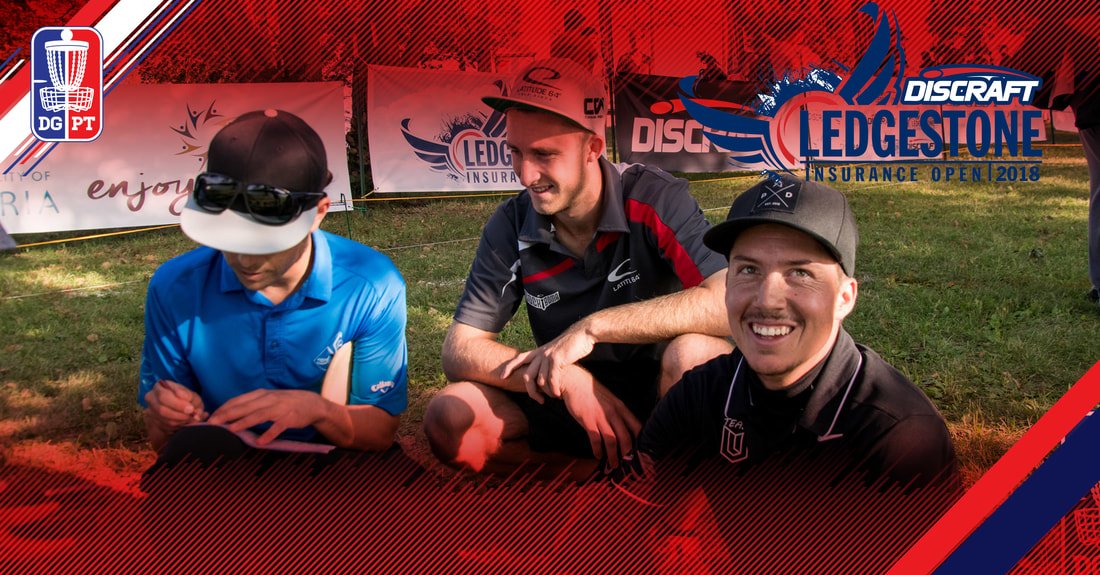 ​ I’m just going to come out and say it, the Ledgestone Insurance Open presented by Discraft is going to be something special. It started at the San Francisco open when Paul McBeth and Ricky Wysocki were tied going into the final round. Mano a mano.
Actually, it started a couple years before that when Ricky Wysocki began challenging Paul McBeth for the title Best Disc Golfer in the World.

With some new names popping up, it is easy to lose faith in the two players that have been bringing our sport to higher and higher levels. They both have fantastic distance, crazy control on their forehand and backhand throws can throw it in from anywhere, and are deadly in the circles.

Ricky went to Europe while Paul stayed in the states. For the past month, we have been treated to each of them winning multiple events. At the Ledgestone, they come together to do battle once again. They are joined by Josh Anthon, who crushed everyone here last year and Nate Sexton, who has played just one event in the past six weeks.

For 2018, the Ledgestone Insurance Open presented by Discraft marks the unofficial beginning of the end of the season. With players returning from Europe and the highest payout in our sport, the Ledgestone starts a unique string of events to finish the 2018 season.

After Ledgestone, we go to Maple Hill for the MVP Open. Then on to Pro Worlds, the USDGC, the NT Finale and finally finishing out the season with the DGPT Tour Championship. On the men’s side, there are a handful of players that could still make 2018 their season, or we could have strong parity at the top which would give us three months to debate who is the best in disc golf.

At Ledgestone, let the debating begin.