Las Vegas Challenge presented by Innova – How to Follow

By Baker HeltonFebruary 24, 2021No Comments

The Las Vegas Challenge presented by Innova joins the Disc Golf Pro Tour after a stint on the PDGA National Tour and taking a step back from the Elite Series in 2020. Featuring three courses at the Wildhorse Golf Course in Las Vegas, NV this event truly has it all.

The Las Vegas Challenge will consist of four rounds and will take place Thursday-Sunday, February 25-28. 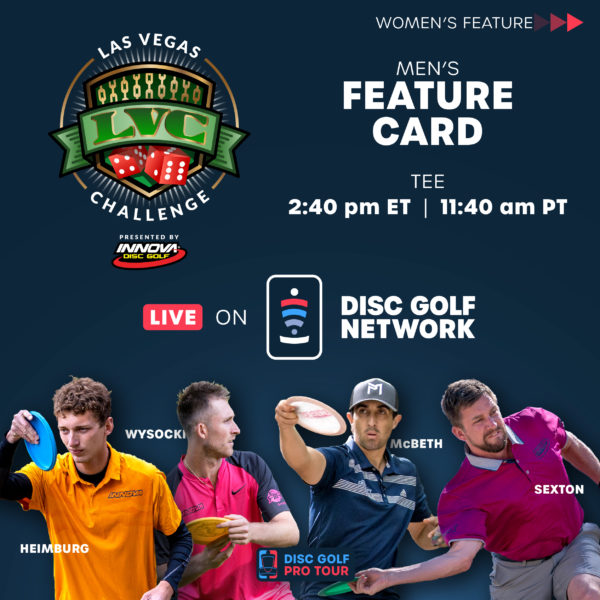 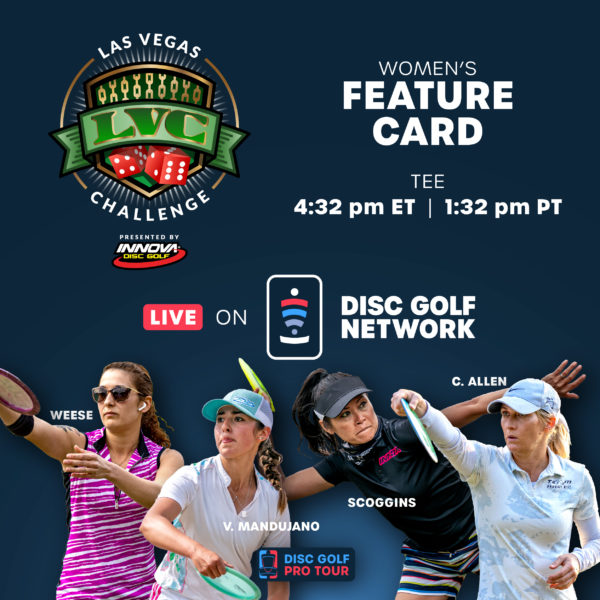 Ian Anderson joins the broadcast as one of the DGPT’s new additions to the commentary team for the 2021 season. 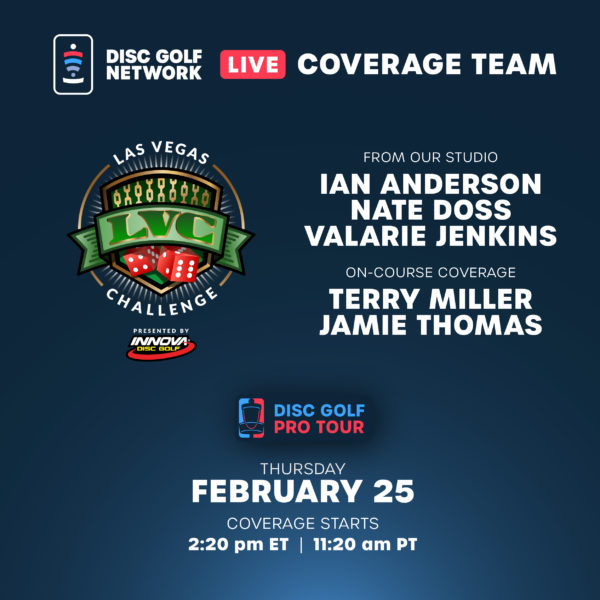 Live coverage of rounds one, two, and three will exclusive to Disc Golf Network with final day coverage available free of charge on the DGPT YouTube Channel 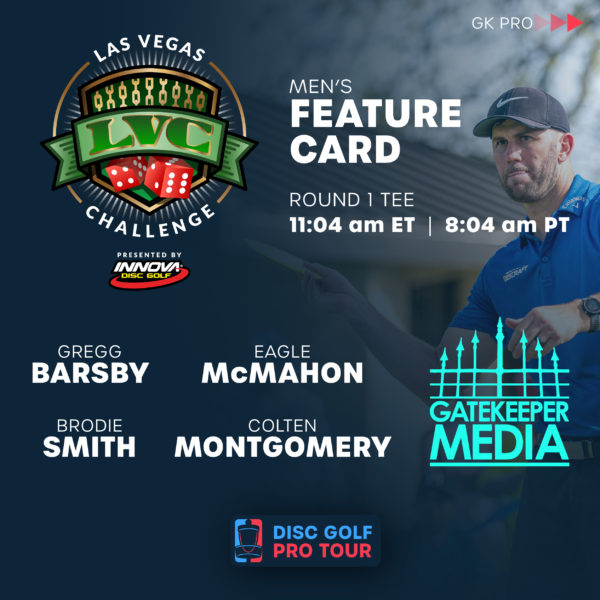 Live scoring and stats are available through UDisc Live. 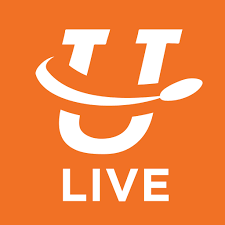