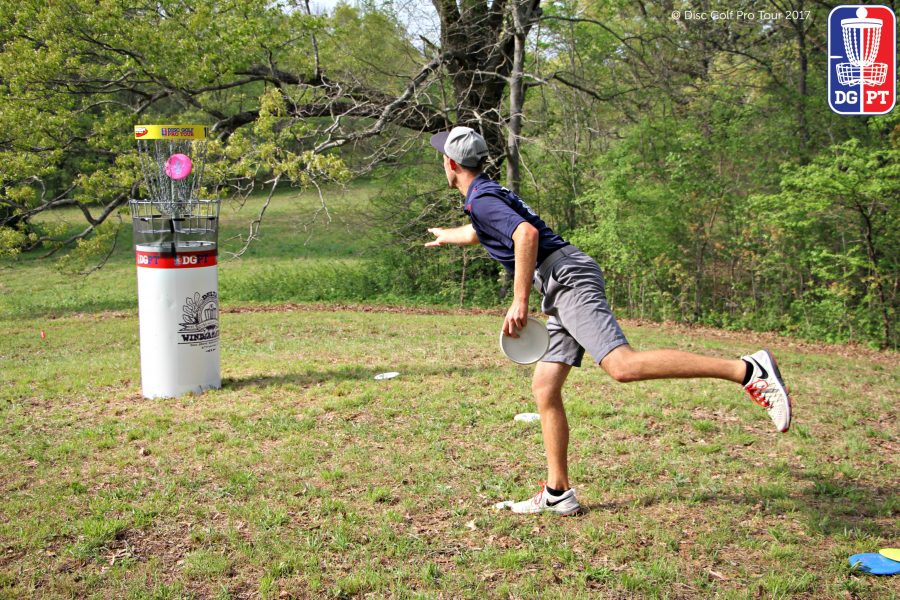 We are officially three rounds deep at The Spartan Mowers / R&R Farm Equipment Jonesboro Open presented by Prodiscus with only eighteen holes left to ​
play. Ricky Wysocki has held on to the top spot for the last three days. This morning Simon Lizotte only trailed Wysocki by two strokes. By the evening, that lead had been stretched out to the largest this year on the Disc Golf Pro Tour, a stunning 9 strokes. Currently, Wysocki is at a total of 35 under par, while Lizotte is tied for second with JohnE McCray at 26 under par. Chris Dickerson, at a total 24 under par, will replace Jeremy Koling tomorrow on the lead card of the final day. Let’s get into the details.
Rick Wysocki Jonesboro Open Stats
Ricky Wysocki is playing some truly consistent, clean, and accurate disc golf. He is still leading the division for both greens in regulation and Circle 1 putting. Add to that, only a single bogey this week, and that makes it practically impossible to match his play. On day one and three, he threw the hot round of the day, and he was only one stroke behind the hot round on day two. We’ve seen plenty of wire-to-wire wins out of Paige Pierce this year, but we have yet to see many players in the MPO hold the lead for an entire event. Ricky is perfectly positioned to take a victory lap through the Disc Side of Heaven Course. Even if Ricky threw an even par 64 tomorrow – an unlikely eight strokes worse than his average this weekend – it would take a solid 1040 plus rated round to catch him. Ricky’s consistency doesn’t tend to fall off, it’s hard to believe any of the MPO players can catch him.
JohnE McCray put a great round together today, carding 9 birdies and 9 pars, for a solid nine under par, one off the hot round of the day. Looking at his stats for the week, McCray isn’t dominating any particular category but he’s playing all-around great golf. Correcting on mistakes from previous rounds and carding his first bogey free round of the event. Wysocki might be our likely winner tomorrow, but McCray’s finish is not so guaranteed. He’ll have to beat at least Simon Lizotte to take home the second place purse as the two are currently tied.
Simon, oh, Simon. Your day was up and down. Stepping up to the teebox of hole 15, Lizotte was only 3 under par with only four holes left to play. Fortunately for him Jeremy “Big Jerm” Koling was on the card with him. On the only hole under 300 feet on the course, measuring at 270 ft, Lizotte put just the right touch on his backhand hyzerbomb of a drive. What goes up must come down, and every so often when a disc comes down it smashes some chains and comes to rest in a steel basket. Lizotte’s ace on hole 15 could have been the momentum swing he needed to not let Ricky out of his sights, but two holes later he gave both strokes back as he three putted his way to a double bogey six on hole 17. Lizotte was visibly and understandably frustrated. Tomorrow’s round should hold some great competition between him and McCray.
Check back tomorrow for the final round coverage of the Spartan Mowers / R&R Farm Equipment Jonesboro Open presented by Prodiscus. Live coverage will start a little bit earlier, at 1:30PM central, so don’t miss watching the top pros in the world battle it out.