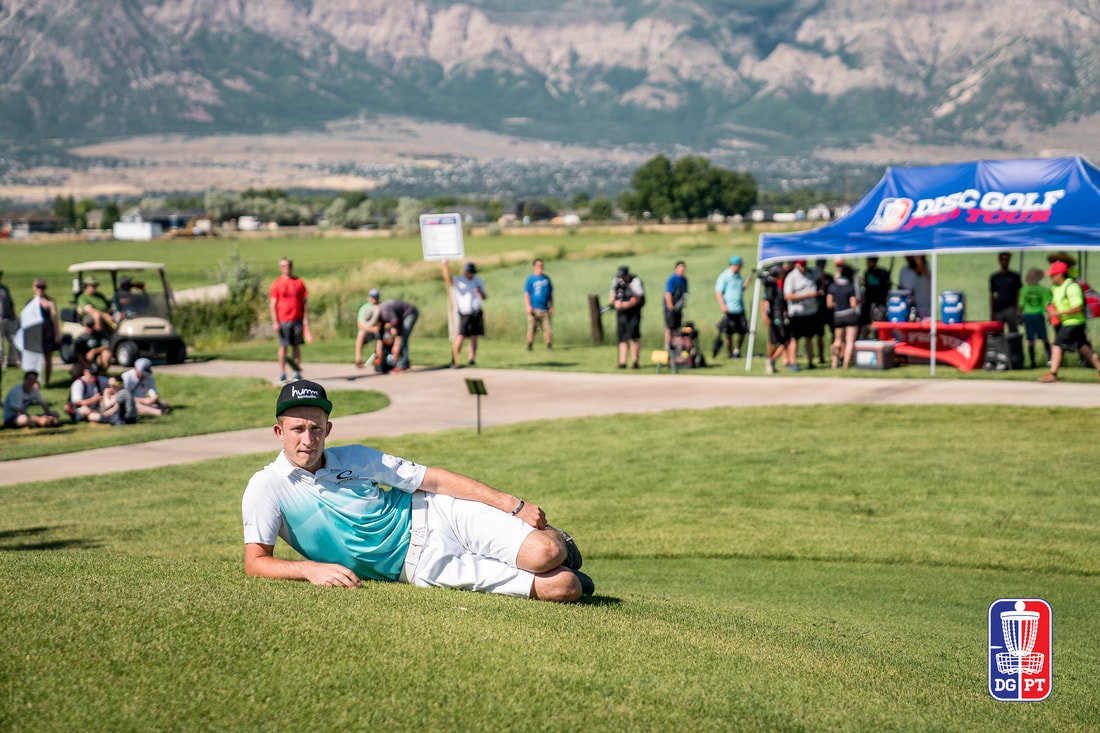 ​The Idlewild Open driven by Innova and The Nati Disc Golf kicks off this week with a top MPO player set to play Idlewild for the first time on the competitive stage and a few of the top players not in attendance due to the Europe Swing and Am Worlds.

To the jubilation of many Cincinnati locals, Ricky Wysocki will be making his way to the Idlewild Open this year. He is excited to play the course, noting: “This is my first trip to Idlewild. I’ve heard it’s my kind of course tight wooded par 4s and 5s.” Ricky has previously been unable to attend due to his European travel. He knows fans have wanted to see him play the course, and he is anxious to play it as well
.
Regarding missing the event in the past, Ricky said: “I have to do what makes the most sense for my tour schedule. I know it’s really close to my home state of Ohio so it will be good to be back with the semi home state fans. But the tournament has always overlapped with my Europe trip, so it was never really possible until this year. Let’s hope I can make up for the times I missed this event.” Ricky noted the timing of the event would impact his practice schedule, but he is still hopeful for a good showing: “I will be getting less practice than my normal tournament routine due to the long trip back to the states. I’m going into this event knowing this, but I’m still excited. Let’s hope one round of practice is enough.” When pressed further about his practice routine, Ricky said he plans on doing the following to prepare his Idlewild game plan: “I will form my game plan and shot selection during the practice round. I will throw a lot of practice shots on every hole to see what works for me and what doesn’t. Then I make an adjustment based on all my practice round shots. But for the most part, I can see a hole and know pretty much exactly what I’m going to do. I’m also good at adapting and changing my game plan on the fly based on wind, rain, and all the other variables in our sport.” Based on Ricky’s enthusiasm, it looks like it will definitely be exciting for fans of the sport to finally have the opportunity to see how the Sockibomb takes on the tight fairways of Idlewild.

One player who has been in attendance the previous two years will not be playing this year, and that is Paul McBeth. Paul will not be in Europe but will instead be in Pennsylvania to take part in the Amateur World Championships festivities. Other players not attending the event will be Eagle McMahon and Simon Lizotte. Neither competitor has had the opportunity to play the Idlewild Open due to the scheduling of the European swing.

Who will be in attendance, though? Two names which should stick out to you are James Conrad and Kevin Jones. James Conrad won his first Pro Tour event in 2017 at Idlewild. James has shown that the fairways of the Idlewild course make him feel like he is back at home in Virginia. In 2017 James was able to bide his time to bring home the win. He threw three off the pace in the first round, one off the hot round in the second, and maintaining a respectable five down on the final day to fend off a charging Paul McBeth. Last year, James threw four off the pace round one, a slowed down four-under in round two and then a six down in round three but was unable to catch McBeth. James will be one of the players we expect to see at the top of the leaderboard this year.

Last year Kevin Jones stormed onto the scene with a hot round day one which helped him maintain the lead going into the final round. Kevin was making up for his 52nd place performance the year before. Kevin would ultimately finish in 5th place for the tournament after the wheels fell off during the back nine of the final round. On hole 15 Kevin took a triple-bogey seven after going into the rough on his drive and struggling to make it back to the fairway. Kevin will use his recent performances at Ledgestone, DGLO, and the Presidents Cup to muster the resolve to overcome not only hole 15 but potentially put himself in position for his first Disc Golf Pro Tour win.

Also coming off a strong performance is local disc golf prodigy, Zach Arlinghaus. Zach recently won the 18 and under division at the Junior Worlds Championship in Emporia Kansas. He did so in commanding fashion averaging 1021 golf. In 2017 a 1021 average would have resulted in a top ten finish at Idlewild, in 2018 a top sixteen finish. Last year Zach placed 52nd at the event. Maybe this year Zach can do the same thing Kevin Jones did last year and catapult himself into the lead early on the Idlewild course.

Other players in attendance will be Chris Dickerson who has had two top-ten finishes at Idlewild and is the current defending Pro Tour Champion. Currently, Dickerson is right outside the Tour Points line and will be looking for another top ten finish in hopes of securing another entry into the Pro Tour Championship. Nate Perkins and Michael Johansen have both had top-five finishes at Idlewild the past two years and should be in serious contention for podium finishes this year. Zach Melton will also be looking to follow-up on last year’s podium finish at this event.

These are just a few of the players who will be looking for their shot at bringing home the Idlewild Open crown. There will be two feature cards on day one, live and post-produced. The live feature card will include James Conrad, Kevin Jones, Ricky Wysocki, and the fan vote winner. The GK Pro post-produced card will feature Garrett Gurthie, Jeremy Koling, Zach Arlinghaus and fan vote runner-up. You can follow all of the scores this weekend on Udisc Live and tune in to watch the live feature card starting at 3:30 PM ET.