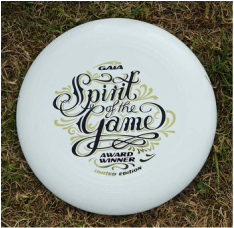 Grow the Sport … but why?

​ Most kids have posters on their walls. For my generation, it was the likes of Larry Bird or Kareem Abdul Jabaar or Terry Bradshaw or KISS. The poster on my wall was not of anyone, it was a motivational phrase, “Every commitment whether great or small starts with the same two words: I’ll try. ” Thanks mom, real cool.
Unbeknownst to me until recently, this poster has had a significant impact on my life. I take on challenges. Difficult things are often worthy of the effort and, even in failure, lessons are learned that make us stronger. You can’t fail if you don’t try.

Why grow the sport?

​Let’s first agree that disc golf is growing and will continue to grow. The train has left the station. The only things we can affect are the speed and the culture that new players see. There are two primary reasons to grow the sport: improve the disc golf experience and improve the culture of society.

When selecting colleges, my dad once told me, “You can’t make a small college bigger.” His point was that you have a better chance of finding people you enjoy hanging out with if there are more people around. Disc golf is the same way. We are a young, small sport. We are growing fast, but we have a long way to go.

Ball golf has a lot of different formats . Because there are so many ball golfers, there are opportunities to play dozens of types of tournaments. Every time we host a match play event, I invariably hear, “I love this format!” If you want to have a choice of events with different formats, the quickest way to get these varying formats is to increase the number of players.

As private courses, which are generally professionally designed, safer, cleaner and more fun to play come online, public courses will need to improve as well. Course competition will improve our disc golf experience. It will also make the game safer. Please note that more private courses does not mean less public courses. The game can still be as local and as public park free as you want.

As disc golf grows, courses are seen as something a locality needs, as opposed to an alternative activity that is affordable for a parks department to install. This will cause the courses to become safer, single use tracks of land. Many of our current courses are along walking / biking trails, around soccer fields, and even next to roads. Growing the sport will increase the safety of the game as awareness by the parks and the public increase.

Growing the sport will make the sport safer and more fun with better and more challenging courses as well as increase the number of tournaments and formats we can play in an organized way.

Embed the culture of the disc

Disc sports were born alongside the hippy movement of the 60s. Long hair, tie dye shirts, anti-establishment, peace loving, hippies. To this day, disc sports are still heavily associated with this counter culture attitude. The only problem with this view is the framing of the conversation.

There are times when society wants to see hippies, and discers by association, as drug users and ne’er do wells. Drugs don’t define the hippy culture. The accepting, loving, thoughtful, understanding attitude is what defines hippy culture. The mainstream incorrectly framed the movement as being about drugs while it was in fact a reaction to the greed and corruption of mainstream society.

One man’s path to Spirit of the Game

Growing up, I was immersed in the world of conventional sports. My opponent was my enemy. The team would do whatever it takes to win. I had grown up playing Soccer. I was seemingly happy when teammates would intentionally break the rules to gain an advantage. I was, and still am, hyper competitive. Unfortunately, for soccer, my soul was not all in.

Then I went to college and a bunch of amazing hippies taught me the game of disc golf and, through their actions, the culture of the disc. I competed in my first disc tournament, VA States. My goal was to make the cut so I could play on Sunday. I didn’t make the cut. Rather than mope, I was given a staff shirt and asked to help out. I did. This was a new and amazing concept to me. Everyone pulled together. Really.

Then this same group drew me into their pick-up Ultimate games. Ultimate requires insane athleticism, skill, and endurance. I loved the game instantly. When I went to my first Ultimate tournament – April Fools Fest in Fredericksburg, VA, I remember being amazed that ALL of Ultimate was self-officiated. I’d played pick-up Soccer and Football games without officials, but when you go to a tournament or play in a “real” game, you need someone to make sure you follow the rules, don’t you?

It turns out you don’t. All you need is a shared respect for your competitors. My soul had found a sport as much as my body had. And then it got even better. Our team won the Spirit Award. At the time, I’m not sure I understood it exactly, but I was proud. We went one and six, and I went home happy. We played with respect and honor and Spirit.

Over the next eight years, I would play in dozens of tournaments and I always had two goals. Win the tournament and win the Spirit Award. One of the proudest moments of my life was a tournament where we won both.

In retrospect, I now understand that the person or team winning the Spirit Award should not be trying to win it, it should just happen. Perhaps for everyone else on the team they were just flowing with it, having fun, doing right. For me though, there was effort behind it. I tried not to call pics unless they affected the play. I never doubted my competitor calling my foot out on a great catch near the line. I always tried to have the best cheers for the other team after the game. For me, the Spirit Award was something to compete for.

Then one day, it suddenly wasn’t.

I don’t know when it happened, but somewhere in that eight year journey, playing with Spirit just became the way to play. It became obvious that you would respect your competitors, that winning only counts if it is done honorably, and that losing a game is better than losing your self-respect.
Over time, playing with Spirit became a habit. A really good habit, like breathing. The culture of the disc was given to me like a most beautiful gift. Because I had come from conventional sports, it took a long time for this gift to sink in, to become self-evident. In disc golf, the culture of the disc is fading as more conventional sports players are drawn to the game. This is happening because we are not teaching it as a fundamental aspect of the game. I propose that we embed Spirit, the culture of the disc, into our sport.

When you’ve got a tough straddle putt, check that you do not have an illegal stance. If you do, no matter how comfortable that stance was, shift your foot and make it legal. Follow the rules. Play with spirit. If you knowingly cheat in a game, that does not bode well for society. Let’s set an example for the mainstream. Let’s welcome them into our wonderful sport and our amazing disc culture.

When asked about Spirit of the Game in Ultimate, Dan “Stork” Roddick said “It’s a challenge and it continues to be a challenge … because we have human beings playing.” We are human. We are imperfect. We want to place our wants above others’.

It is time for us to embrace that working and playing together, accepting our differences, and living with spirit are critical components for a successful society. While watching the news, sometimes it may look like things are headed in the wrong direction. This makes it even more critical for us to try.

Watch. And grow the sport.