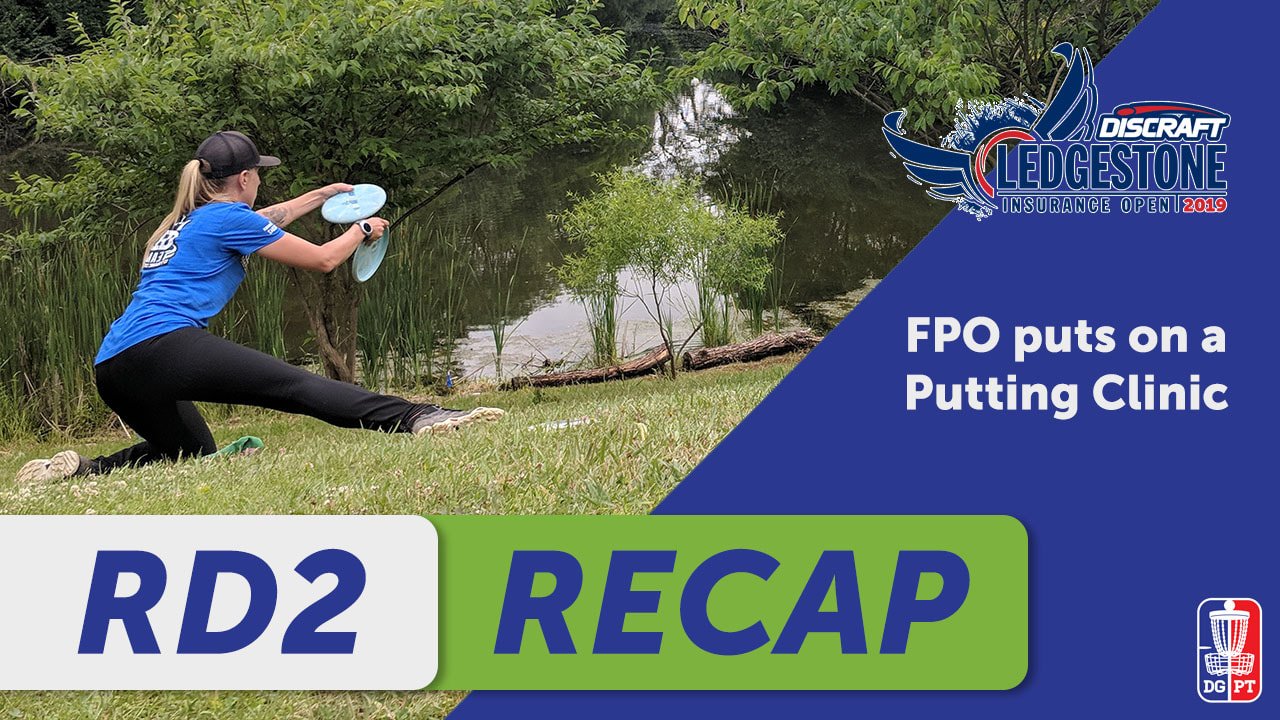 While weather threatened early, it held off and the women took advantage of the fantastic scoring conditions, specifically Catrina Allen and Paige Pierce, who lit the scorecard up with a torrent of birdie blue. The ZUCA Replay was busy with five shots parked for birdie and six circle 2 putts. 31 of the 43 women improved their  scores with only seven scoring worse. Additionally, there were many players making moves came from off the lead card. Paige Bjerkaas and Lisa Fajkus started strong carding birdies on four of the first six holes. Missy Gannon had six birdies on the front nine. Kacie Glade improved by 13 shots and leap frogged 15 players. Deann Carey improved by 14 shots and moved up 14 spots to 20th.

Catrina Allen’s smile was radiant after the round. After setting the course record and signing autographs, she said it felt really good to see the kids out there cheering her on and congratulating her. Influencing the next generation of disc golfers is an important aspect of what these women are building. When asked if she looks at the scorecard and if and when it would effect her play she replied, that unless something really crazy is happening, probably not until hole 17. “If I’ve got a death putt on 17 and a three stroke lead, sure, I might lay it up, but before that I am going to play my game.”

Paige Pierce, who pushed Catrina, taking and tying for the lead several times in round 2, was asked what it would take to catch Catrina. “Good play. It’s not about catching Catrina, it’s about playing good.” Hailey King will be moving up to the lead card and may be set to have a break out round. While she improved by five strokes, she said the round felt worse. Round 1 was a hot start, carding birdies on four of the first five holes, “and I missed a 15 footer on hole 1 or it would have been five for five. Today, the front nine was blah but I finished strong, saving three strokes on hole 17. I want 14 down. I can do it. I just gotta do it.” If she does, we could be in for another amazing round tomorrow morning at Sunset Hills.