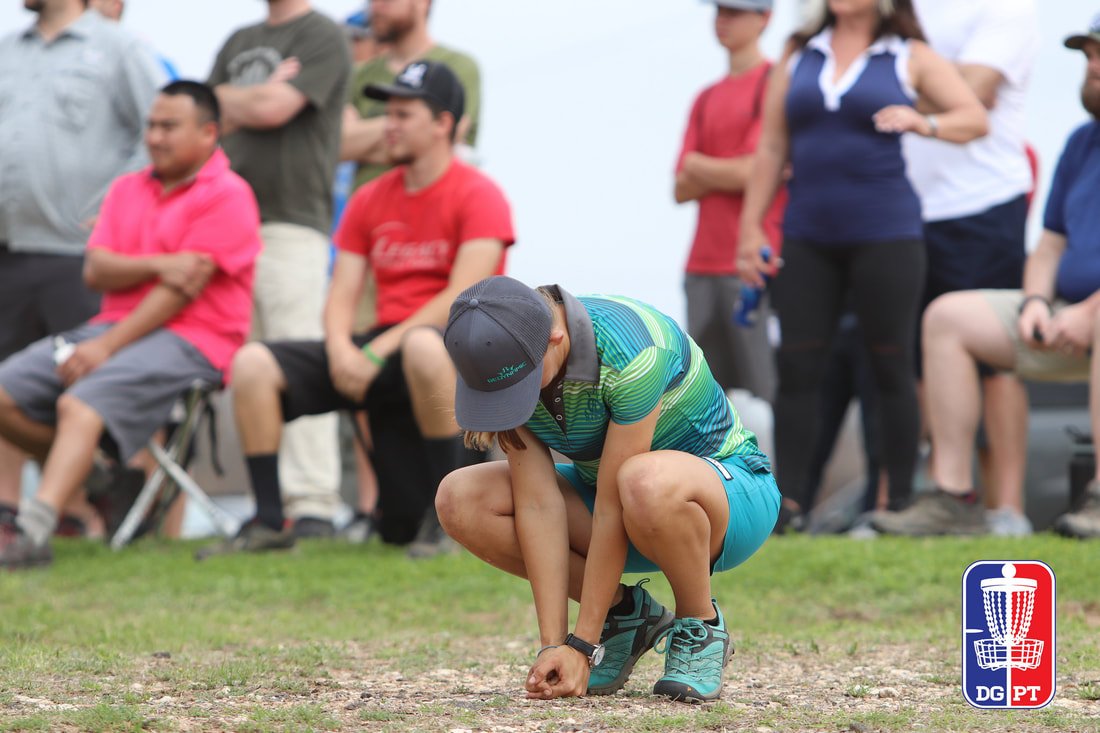 Perseverance through hard runs are going to be essential this weekend. ​If you’ve been reading this week then you know the theme, courses like Brazos East, where the 2019 Waco Annual Charity Open presented by Dynamic Discs will be held this weekend, generate competitive tournaments. While many courses have a single style across all 18 holes, Brazos East weaves our pros through varied terrain and challenges. That means a well-rounded game is essential. Paige Pierce has won the last two years, but she has yet to win a top-tier event on the Pro Tour or the National Tour. That wouldn’t be out of the norm for most but for the last handful of years winning is what Paige has done a whole lot more than anything else. Between a multi-faceted layout and an ever more competitive women’s field, this year’s WACO should show us that parity may now be upon us.

​Last year Sarah Hokom turned up with the conservative, but still hot, round on day one, a one under 66. Day two Hokom made good use of the lead stringing together eleven birdies that were sadly accompanied by five bogeys too. But Hokom wasn’t the only one improving on day two. Paige Pierce went from a 69 in round one to a 64 in round two, keeping Hokom entirely in reach just three ahead. By the fourth tee-pad in the final round, the two were tied and far enough ahead of the pack that they only had to worry about each other. And that is when Pierce turned on the boosters, carding 7 birdies in the next 12 holes. But that’s when everything pretty much blew up on hole 17. You can watch the dramatic finish to that round here:
​Talk about a roller coaster! It’s not every day you see a quadruple bogey turn the tides on 17 only to be turned right back by a double bogey on 18. If that’s not enough to get you excited for the competition this week then consider the following: neither of the two highest rated FPO players in the world has won any upper-tier events this year. However, last year’s World Champion Paige Bjerkaas has her first National Tour event in Vegas, Jessica Weese has picked up her own A-Tier win, and Catrina Allen has been in the hunt at every event in 2019. Each of these players has their strengths and they’ll all be putting them to the test in just two days.

​Beyond the elite pros we are used to seeing on tour, there are plenty of other players hoping to make their mark. There are 24 registered players with over half of them rated over 900. The beauty about a course like Brazos East is it brings the pack closer together because the risk-reward calculations are more like risk-riskier problems. Any player who can keep their shots clean all week and maintain a high Scramble percentage will have a fighting chance at the podium. Make sure you don’t miss any of this because it is all but guaranteed to be a show.