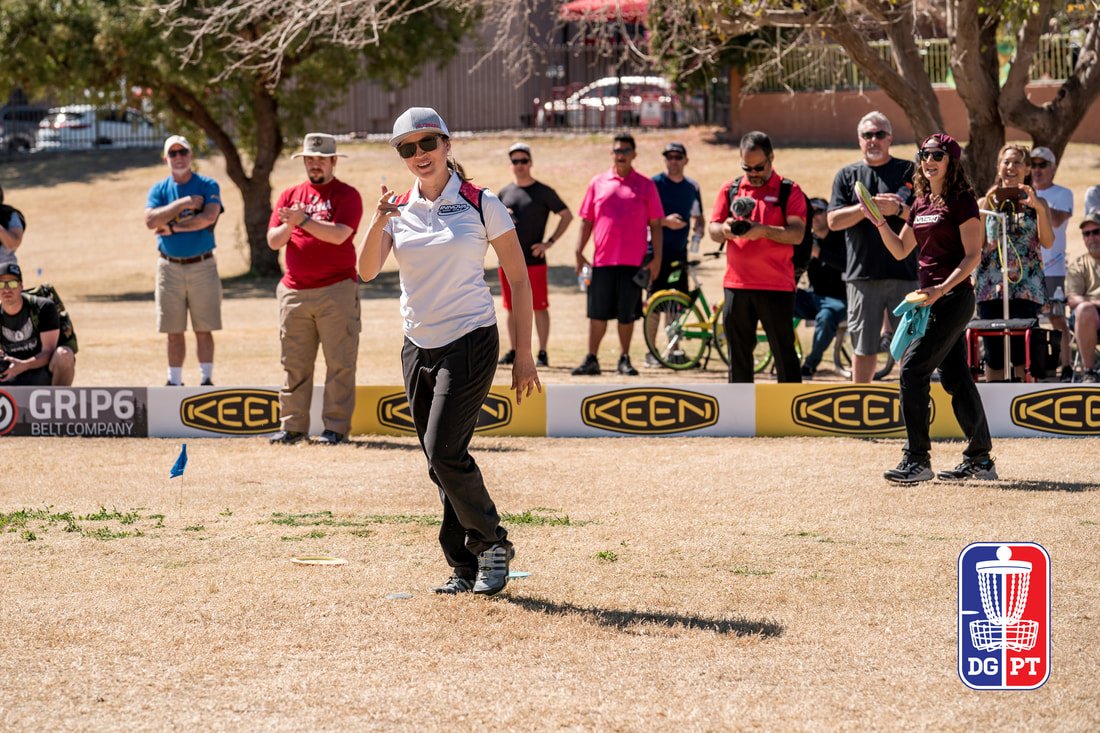 ​How do you write about the beginning of the 2018 season and not talk about the dominance that Paige Pierce rained down from the teepad? It’s just about impossible to not mention that she started the season with nine consecutive wins, three of which were on the Pro Tour and three were on the National Tour. Until Sarah Hokom clenched the win at the inaugural San Francisco Open we were all wondering if she Pierce might sweep the year. Now we know that’s not the case, but that shouldn’t take away from celebrating the impressive streak she started 2018 with.

So the question is, did Paige play worse or did the field play better? Well, to figure it out I put together this chart of her 2018 Ratings History from events sanctioned a B-Tier or higher. The findings pretty much speak for themselves.

​The slight reduction in Paige’s performance over the year doesn’t account for the closing of what was often a handful if not a couple handfuls of throws over the competition at many of the events. By the numbers, Pierce still has the highest ceiling of the division. On the chart of the best-rated rounds, Pierce is all over the leaderboards on courses with a Scratch Scoring Estimate (SSA) of 54 or higher. But as more women pick up the sport and want to compete at an elite level, the figurative floor of the field is climbing fast. If you haven’t read our article on the growth of the women’s game at the elite level you can check it out here.

Why is this important? Because as we head into this new season we’ve seen more players taking the off-season seriously. The training and practice have already produced some interesting results with Paige Bjerkaas taking down her first National Tour win in Vegas last week while Paige Pierce finished 8 throws back of the leader in a tie for seventh. Bjerkaas missed the Memorial last year, but there are some similarities between the course at the Las Vegas Challenge and the Memorial, so it isn’t a bad indicator of how her game may play in Arizona.

The Memorial demands quite a few big drives – Jennifer Allen can easily provide them
​In 2018 Pierce won by 11 throws. If Vegas is any indication of the parity in the sport then a safe prediction wouldn’t give Pierce the same margin of victory. While Pierce was tearing up the lead though, there was a round of hot potato going on to share the lead card with Pierce. There wasn’t a single player besides her to make the lead card on rounds two through four. Out the gates, it was Catrina Allen, Jennifer Allen, and Sarah Hokom. A double-bogey six on hole 7 at Vista Del Camino kept Catrina Allen from another round on the lead card. She was replaced by Jessica Weese. Next, it was Hokom’s turn to drop to the chase card as a slow back nine saw her Fountain Hills round end at a +1 on the day.

​Jumping from the chase card up to the lead card for the final day with an almost completely clean round three was Lisa Fajkus. Her single bogey from an out of bounds drive was the only blemish on her third round – the rest of it? six birdies, three of which were absolutely parked. Even after all of that she still trailed Pierce by thirteen at the start of the final round and was two off of second place. Second was now occupied by Jennifer Allen who had also managed to fight her way on to the Lead card and was tied with Jessica Weese who had held her own.

Lead Card’s Scorecard for the final round.
​The front nine of the final round at Vista Del Camino was only friendly to Paige Pierce. Fajkus and Weese both managed to get one below par before they reached the tenth tee, while Jennifer had suffered a total two over par on the front. All the while Pierce just kept scoring – five birdies and one bogey to be exact. After hole six Pierce wouldn’t even card a single par in the rest of the event. Opting to battle herself. Birdie for bogey, bogey for birdie (If you haven’t read her Mind of a Champion interview yet you can do so here). But in the battle for second, the deciding factor ended up being hole 13, where Weese took a double bogey five to Fajkus’ par and the two were tied with five to throw. Weese pulled ahead by one on 17 with a Circle 2 Putt, but Fajkus had something to say about it, I think the line goes “anything you can do I can do better” – Fajkus almost doubled Weese’s putt on 17 with her 60 footer on 18 for the tie. Now that’s a pressure putt.

​When I take into account how great the battle for second was at the 2018 Memorial and the rising floor of the women’s division, I think we’re going to have a close one this year at the 2019 Memorial Championship Presented by Discraft. Oh, and I forgot to mention it here but I’m sure you know, we’re broadcasting every FPO lead card live every day. Make sure to check out the schedule below so you don’t miss a second of the action. Until then get out there and defy gravity.