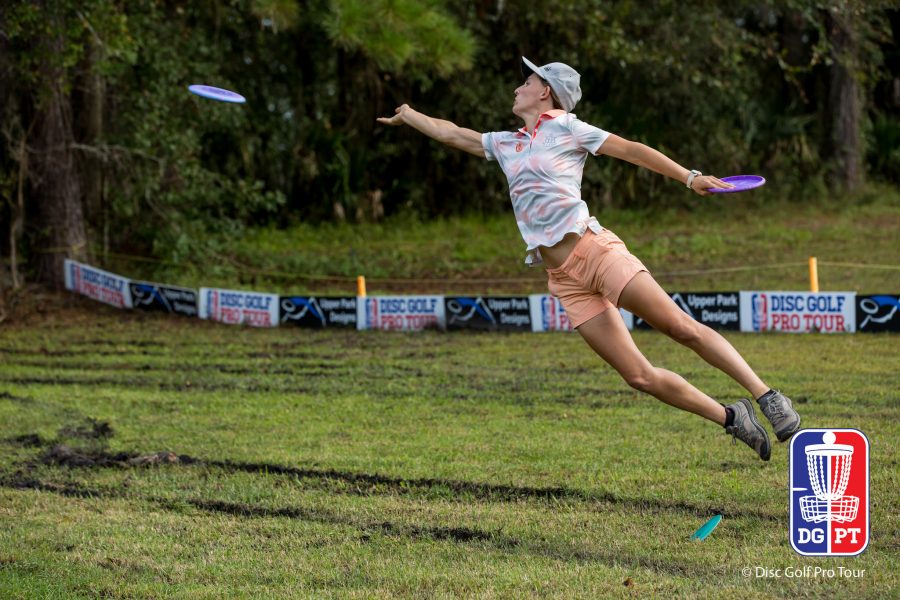 Okay, this FPO season is starting to feel very unpredictable. At the Memorial, Paige Pierce announced that she did not expect to beaten all season. A month or so in
and it seemed like a valid prediction. No one was coming close.
How to watch:

Then at Jonesboro, Sarah Hokom pushed Paige to the brink. Then Jessica Weese showed up. For real. She and Catrina went to a playoff in Utah. She went to another playoff against Valarie Jenkins at Ledgestone.
Then Paige came roaring back. In the final rounds of events. At Vibram she struggled early and then went ballistic in the final round, storming back from 7 down with 14 to go. At GMC, the same story played out, as she came back from second card to complete the season turkey, winning the final three events.
It looked like she was back and unstoppable, even if she starts slow. But Catrina Allen decided to show up. After winning the Pittsburgh NT by ten, she also won the Hall of Fame by thirteen, averaging 990+ per round. Then she comes into New World and shreds the FPO course record.
Who is the favorite to win? Paige has been strong all season and if she has her mental game together, she can beat anybody. Or can she? If Catrina stays loose and committed, she may be unstoppable. Then there is Lisa Fajkus, who plays really well off the people in her card. When it would seem they should be pulling away, she just hangs right with them. I would fully expect her to be in the mix at the end of the day. And lastly, there is Sarah Hokom. With the exception of the rain shortened Nick Hyde, Sarah has specialized in getting second this season. In a final round where winner takes all, being in second place with one hole may be a pretty good place to be, especially on a long par 5 that sets up nicely for a forehand.
It’s anyone’s game. And it is going to be awesome to watch.