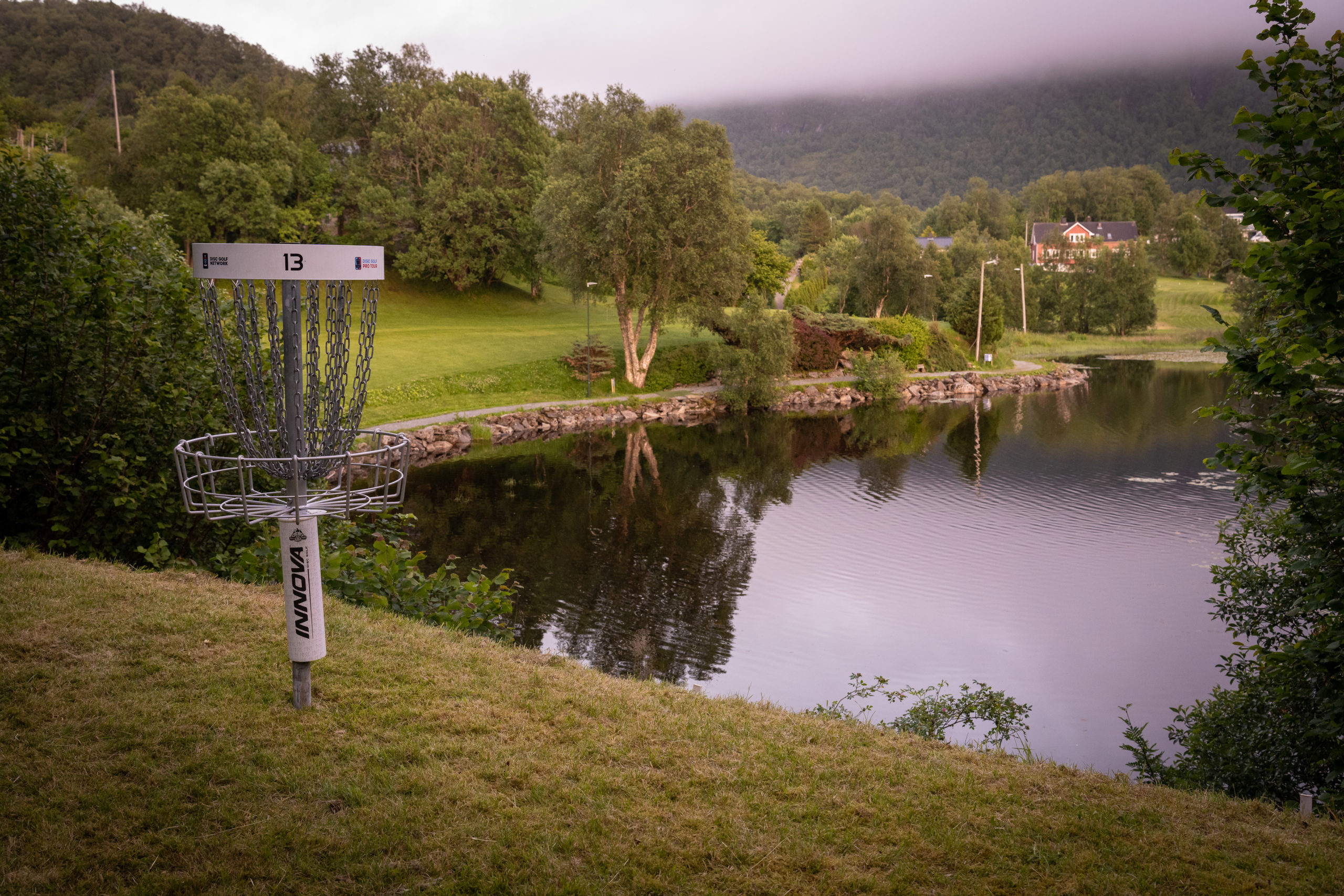 The pros are headed to Norway this week for the first ever DGPT tour event to be held in Europe. The PCS Sula Open presented by Innova starts this Wednesday, July 13, and will continue through Saturday. Anticipation is at an all time high as this is the first year many of the US-based pros will be crossing the pond to compete.

Players will first take on Vasset Diskgolfpark, set in the rolling hills of Langevåg, Norway. Woods and water carries abound on this course that plays around a lake, asking players to make committed and creative shots. The last two days of the tournament will be played an hour’s drive away at Øverås Diskgolfpark. This course offers a good mix of open and wooded shots with stunning views to boot.

Until this year, the PCS Sula Open was held only as a part of the European Tour. Blær Örn Ásgeirsson, who also took part in much of the first leg of the tour in America, claimed the win at last year’s PCS Sula Open. Anniken Steen took the FPO win over Lykke Lorentzen. Both winners will be returning this year along with a handful of American touring pros and many others from across Europe, all vying for the top spot.

Here’s how to catch all the action:

Note: As the first ever DGPT event to be held in Europe, the Tour plans to release bonus coverage in the form of daily live coverage for all DGN subscribers as opposed to the standard final day only live coverage as is typical for Silver Series events this year. After experiencing delayed delivery of our live broadcast equipment due to widespread airline issues and baggage delivery problems across Europe, we’re happy to report that all necessary pieces of our live broadcast infrastructure have arrived and the live broadcast will continue as planned!

DGPT has partnered with MDG Media for this event. Post production of all rounds will be released the next day on MDG Media’s YouTube channel as soon as they are available.