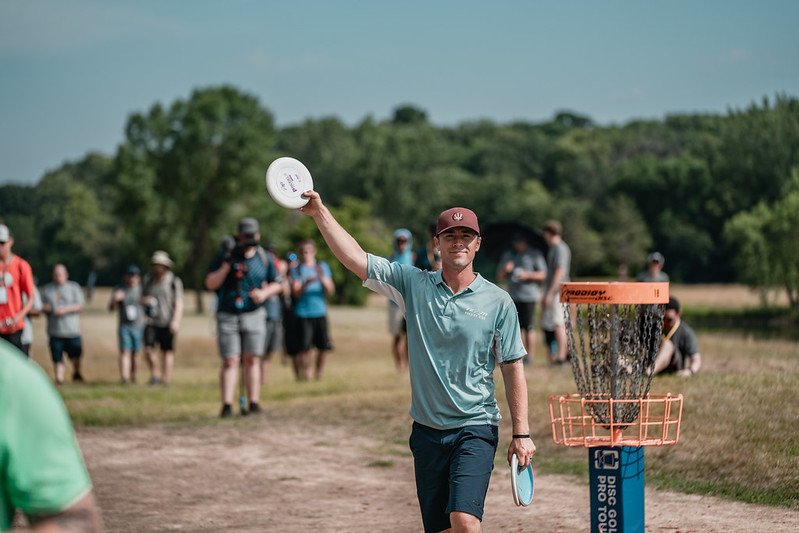 Calvin Heimburg was one stroke away from perfect. A 17 under par second round on the 4th of July brought him into a tie atop the leader board with Round 1’s solo leader Nikko Locastro. Locastro delivered another 15 under 49 on The Preserve Black Bear layout, rebounding after an early bogey on hole 3 threatened to derail his round. The “Crush Boys”, Simon Lizotte & Eagle McMahon both shot well enough to make the lead card and sit at 26 under par, four strokes back of Heimburg and Locastro who are tied at 30-under par.

In the Women’s division, Paige Pierce used Saturday to, again, pull away from the Women’s field. She now has a 9-stroke lead heading into the final round, and it will take a collapse from Pierce to open the door for Missy Gannon, Catrina Allen, or Paige Shue, who sit 9, 10, and 11 strokes behind, respectively.

As with all DGPT events, live coverage of the event’s final round will be streamed on DGPT YouTube, for free viewing, on Sunday as well as being simulcast on the Disc Golf Network.

To read more about Saturday’s action at the preserve, check out these articles from our partners at the PDGA: