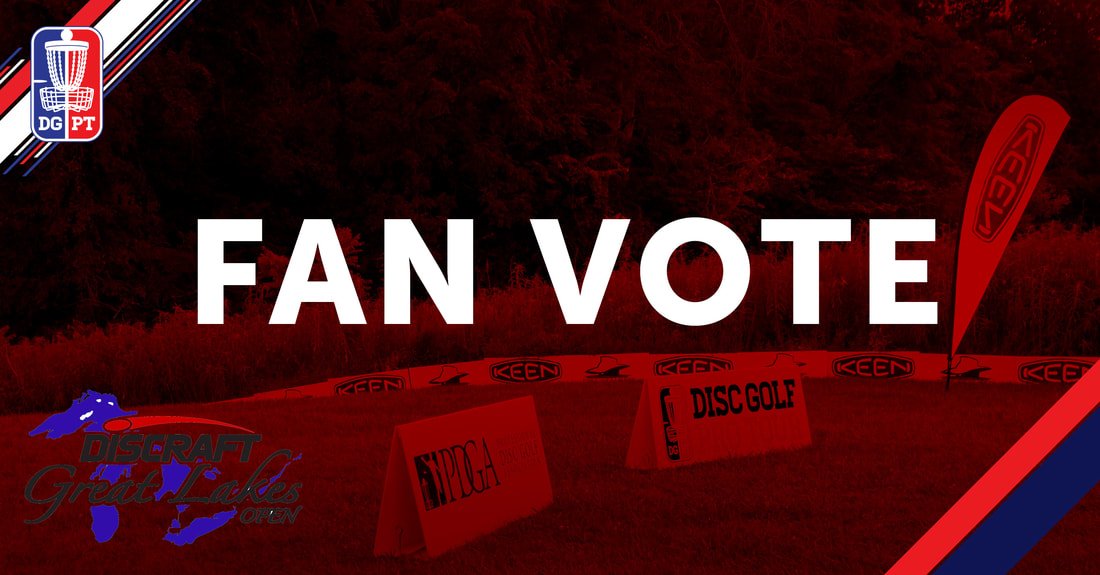 Feature Card Selection
Players must have given the approval to be considered for inclusion on feature cards.
Three MPO and one FPO Fan Vote winners will play.
Players can be Fan Voted into feature cards max of three times per season
Players cannot be Fan Voted into feature cards in back to back events
Schedule
Monday: One Monday before an event, Feature Cards are announced and Fan Vote starts
Wednesday: One Wednesdays before an event, at 5 PM Eastern the votes will be counted
Wednesday at 8 PM Eastern on Pro Tour Talk with Steve Dodge, we announce the Fan Vote winners
Discraft’s Great Lakes Open Fan Vote
FPO ( follow the link to vote )