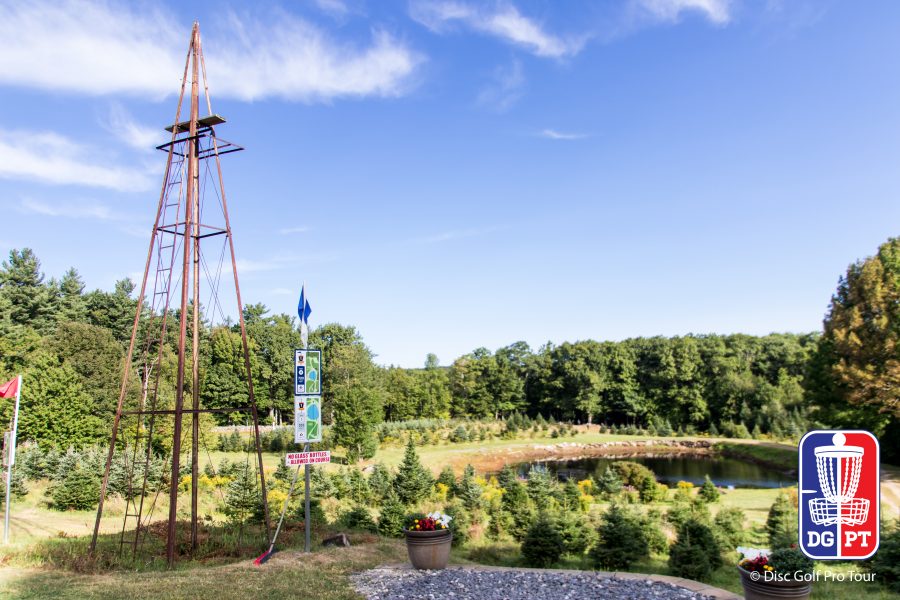 Eagle, Birdies, and Bogies from Round Two of Vibram

Eagle:
Unfortunately, after a show including not one, but two aces yesterday, we didn’t see anyone slam the chains from the tee pad in round two. What we did
see, however, was an Eagle and no, we are not talking about Eagle McMahon, although he almost provided an eagle of his own, instead, we are talking about an eagle from Paul McBeth. We might as well name hole eighteen of Maple Hill after McBeast at this point. After throwing in an eagle last year, Paul thought he might as well provide his endearing fans with a repeat performance. McBeth threw his second shot in from 128 feet to move 13 spots up the leaderboard and into a tie eighth place.
Birdies:
Catrina Allen’s front nine included zero, zilch, none birdies so why are we talking about her in our birdies section? Because of her back nine. After struggling to a 5-over par front nine, Allen wiped away all five of those strokes with five birdies on the back nine including three straight to end her round. This hot stretch keeps Catrina in the mix as she now sits only four strokes out of the lead.
There were some big movers on Saturday that were making good use of the “Nikko arrows” on the UDisc scoreboard. One guy who is a shoe in to make our list is Grady Shue. Shue shot an incredible 8-under par to tie for the hot round of the day with Greg Barsby and move up 29 places. He now finds himself within striking distance of the lead and in a tie for eighth place.
Other big movers included guys with plenty of putts under their belt, Nathan Doss and Josh Anthon. The putters were working for the veterans today as Doss knocked down 89% of his circle one putts and Anthon? 94%. Anthon also added 3 of 4 circle two putts to shoot 6-under par for the day to match Doss. The pair moved up 24 spots each and in a tie for 13th place.
Bogies:
Or sextuple bogey? Sarah Hokom tested our mathematic vocabulary when she carded a nine on the 285 foot, par three, hole six. Going out of bounds three times, Hokom had a nightmare hole that may have taken her out of contention. After being in fourth to start the day, her no good, very bad hole six along with three straight double bogeys on the back half, caused her to drop five spots and into ninth place. Sarah did bounce back nicely and finished her day strong with two straight birdies on holes 17 and 18. That mental fortitude will allow Hokom the ability to shoot right back up the leaderboard in the two days to come