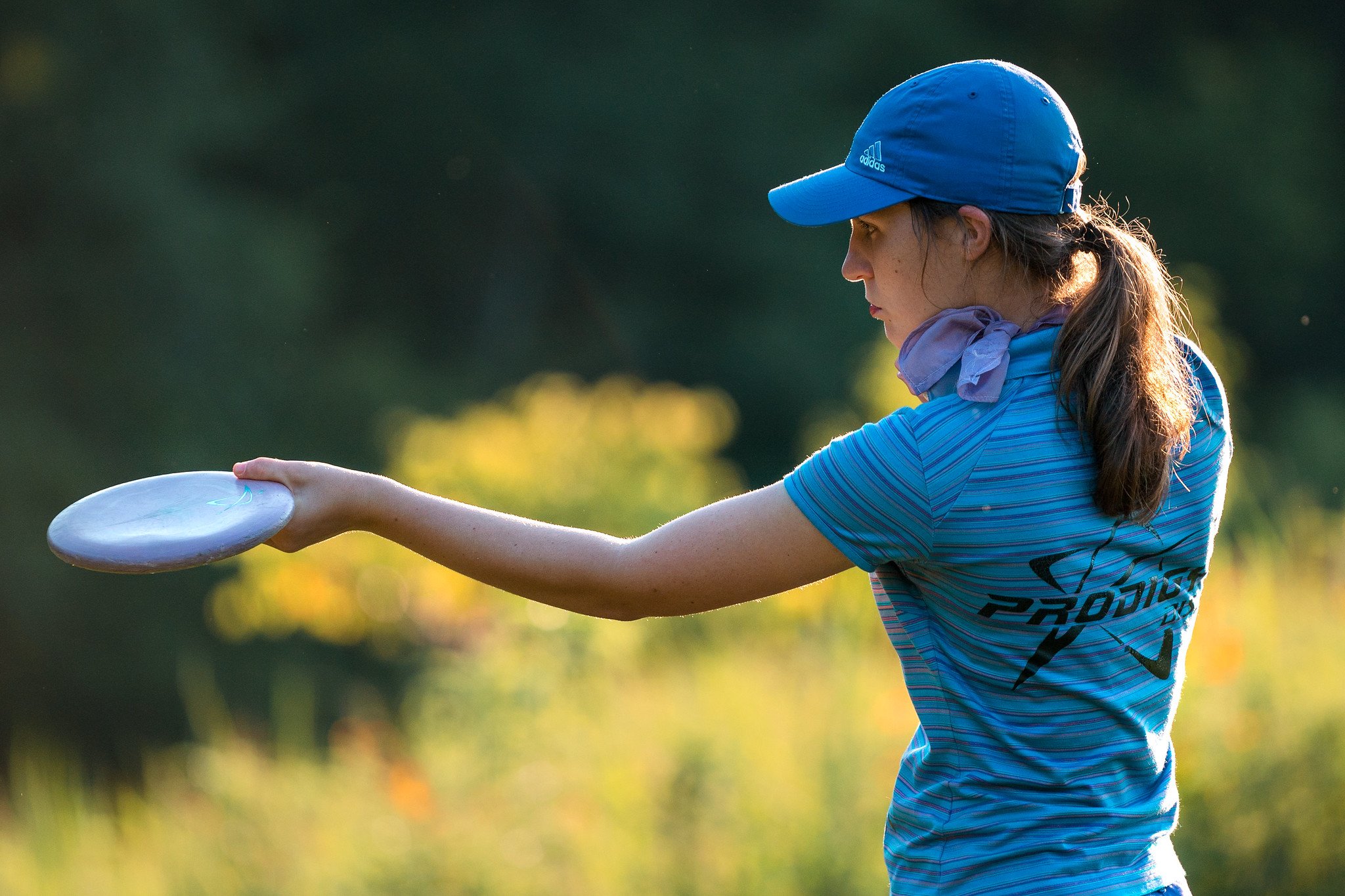 A second day is in the books for the four-day marathon called the Discraft Ledgestone Insurance Open presented by GripEq. The FPO field saw serious separation while the MPO field saw players jockeying for position on their final day at Northwoods.

In the FPO division, Catrina Allen’s performance was the story of the day. Allen went bogey-free and was eleven under-par before adding a double-bogey to her scorecard on hole fifteen. Allen’s putting was on point today as she moved past her tie with Van Dyken to own the lead by seven throws. With two more rounds on the course, it is possible someone else in the field may catch her, but it does not look likely.

The second-best performance of the day saw a player move up twelve spots onto the chase card for moving day. That player was Discraft’s own Hailey King. King had three bogies, and without those, she would have had a look at making the lead card.

Also making moves today was up and coming pro Heather Young. Young started her round with a bogey but then calmed down to start moving her way up the leaderboard. The only other blemish on the day for Young came on hole fifteen. Young had enough birdies though to move her into a tie for third with Paige Pierce.

Pierce spent most of the day trying to finish her round under par. She was able to find quite a few birdies but struggled to avoid the bogeys. However, Pierce finished with back-to-back birdies to end her second round two-under-par. Her two-under-par performance was enough to keep her on the lead card going into moving day.

Rounding out tomorrow’s lead FPO card is Vanessa Van Dyken. Van Dyken was able to stay just behind Catrina Allen after starting the day tied with Allen for first. Van Dyken had an up-down day but finished with a two-under-par performance that kept her in second just one throw ahead of third and fourth.

Make plans to tune in to watch the third round of Discraft’s Ledgestone Insurance Open presented by GripEQ at 9:50 AM ET.

The second round at Discraft’s Ledgestone Insurance Open presented by GripEq presented many of the same challenges as the first round. As players trudged through a five-hour round, few were able to find the energy to score hot rounds.

Ricky Wysocki carded the hot round for the day, shooting one off of the pace set in round one by Kevin Jones. Wysocki’s only bogey was on the daunting par-five hole twelve. Wysocki’s nine-under performance helped move him up from chase card into first place.

The next hottest round came from Innova’s Alex Russell. Russell moved up 26 spots to find himself in a tie for fifth place. Russell’s only bogey on the day came from par-four hole four. Russell leads the chase card going into moving day.

Gregg Barsby and Kevin Jones traded spots on the lead card with their performances in round two. Jones struggled to avoid bogeys and finished the day three-under-par. Barsby only had one bogey on the day (the same challenging hole twelve that others struggled with) but could not get the birdies to materialize. Thanks to his one bogey, though, he moved up into a tie for first with Wysocki.

Rounding out the lead card will be Discraft’s, Andrew Presnell. Presnell’s only hole over par also came on hole twelve. Presnell carded a double-bogey. Had he been able to secure a par on the hole, he would be tied with Kevin Jones. With four strokes between him and the lead, he still can make moves on moving day at the Eureka Temp Course.

Live Coverage of the MPO division begins at 4:10 PM ET on the Disc Golf Network.